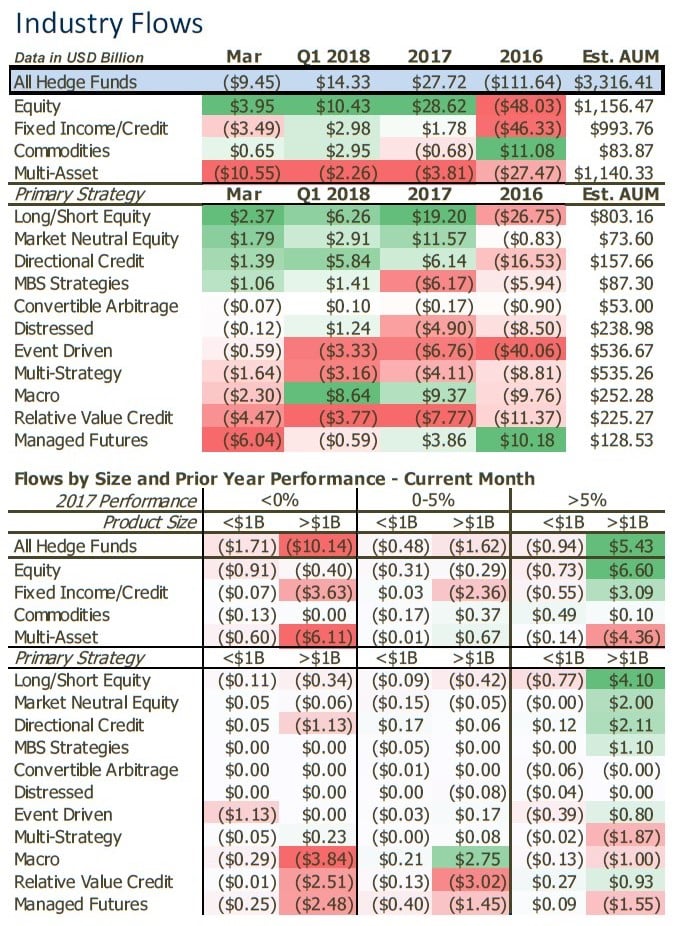 Things appeared to be going along very well for the hedge fund industry. A recent eVestment study, highlighted at our Ei3 and European Manager conferences, illustrated a level of implied demand from US public pensions, relative returns had been decent in most areas, and a rise in market volatility seemed to be an opportunity for products to define their value proposition. While evidence of consolidation was plentiful, and pockets of underperformance existed, the mood had been positive.

When volatility spiked in February, and managed futures products produced a month of returns which had not been seen in time spans rarely used for comparative analysis any more, it made sense there would be a reaction. Understanding liquidity terms restrict short-term evidence of sentiment, it was not surprising that managed futures led the industry into net redemptions in March. Underneath the headline outflow, however, many of the positive themes persist.

Investor flows accounted for a net redemption of an estimated $9.45 billion from hedge funds in March. The bulk of outflows were linked to segments which experienced elevated losses in February. Allocations in Q1 2018 remained positive at $14.33 billion, the largest quarterly inflow since Q2 2015. 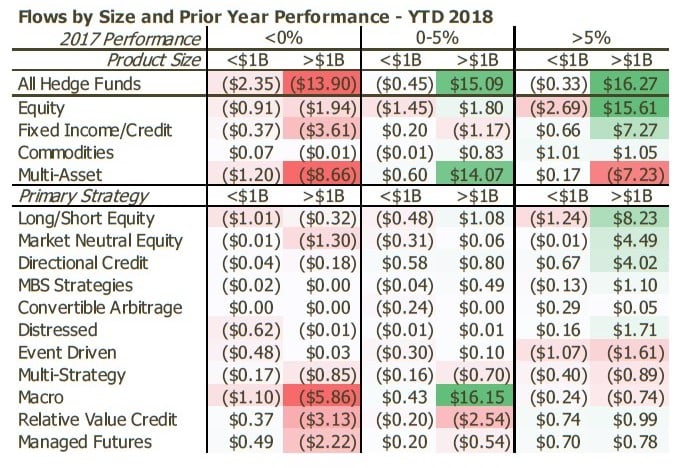 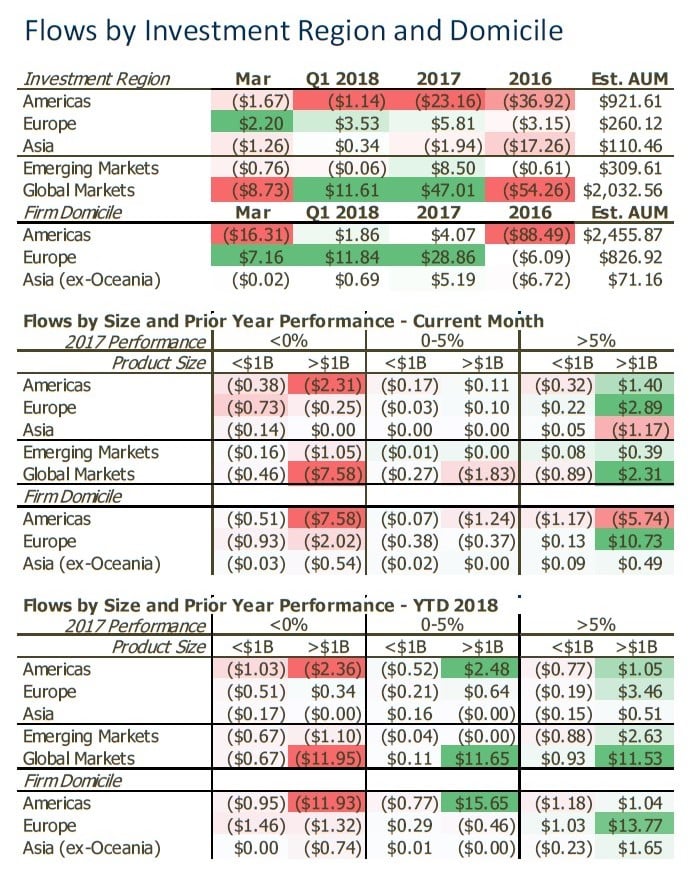