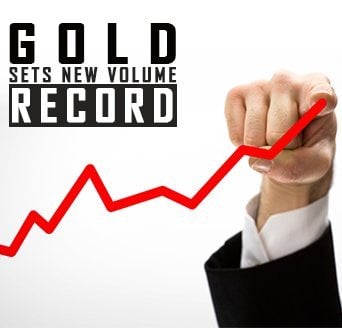 Gold has just broken a new all-time quarterly record for volume – again. With Q1 2018 in the record books, we can see below that gold has just exceeded its previous record volume, which was set in Q4 2017. The new top figure comes in at just over 19.2M contracts exchanged for the period, shattering the previous record at 17.9M. 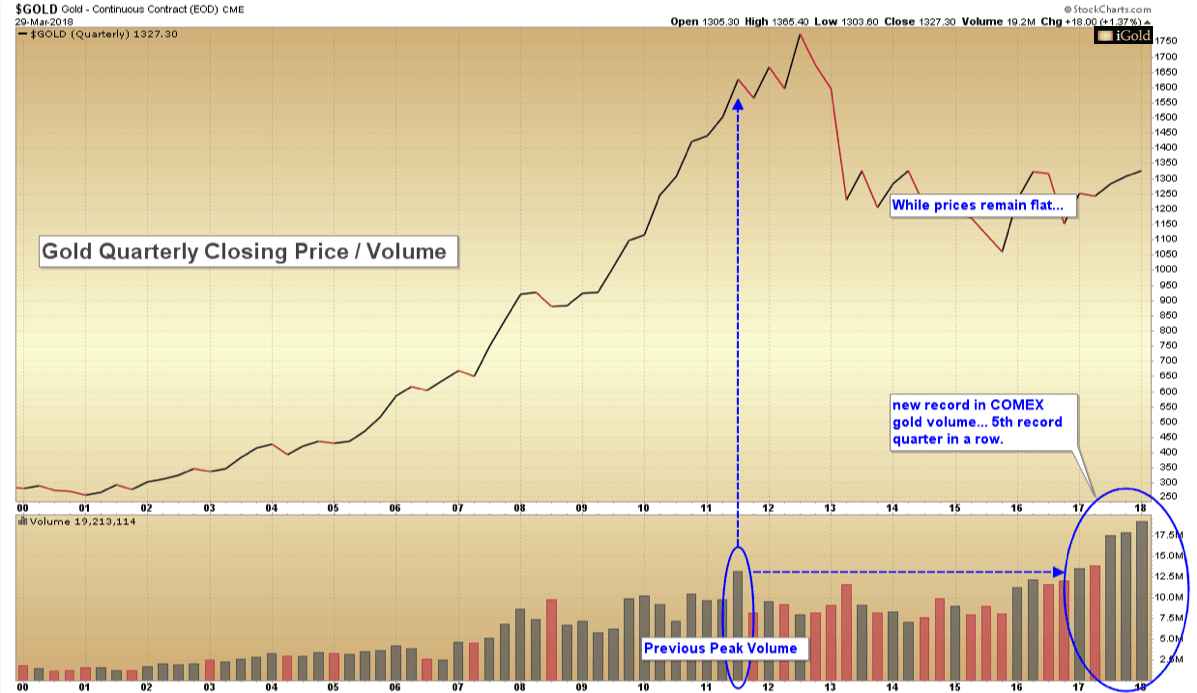 More importantly, gold has now set new quarterly volume records for five straight quarters. Someone apparently has an interest in gold over the past 15 months.

We remind readers that volume indicators are price neutral. Context is key in evaluating volume. For example, when a record high volume spike is seen on a reversal day either higher or lower in price, this tends to emphasize the legitimacy of the reversal. Conversely, if low volume is witnessed on a breakout in price, this tends to place a question mark on the sustainability of the pending advance.

In the case of gold, we see repeated record volume at the end of a nearly 6-year period in which prices have been flat as a net sum. There is a tremendous amount of positioning now happening in the gold market. Whichever direction this market breaks, we take this to indicate the impending move will last for several years in a sustained manner. The key is going to be to observe the direction of gold’s more significant move – is it a breakout or a breakdown coming?

Given the negative breakdown observed in silver, we must realistically prepare for a final move lower in gold, likely into the green support zone over the near-term, as indicated below by the red arrows. Note that based on what is a clear pattern of rising support levels from 2015 through the present, this decline could be a grinding affair and not offer the type of $200 decline that was seen in late-2016 when gold backed off from this region: 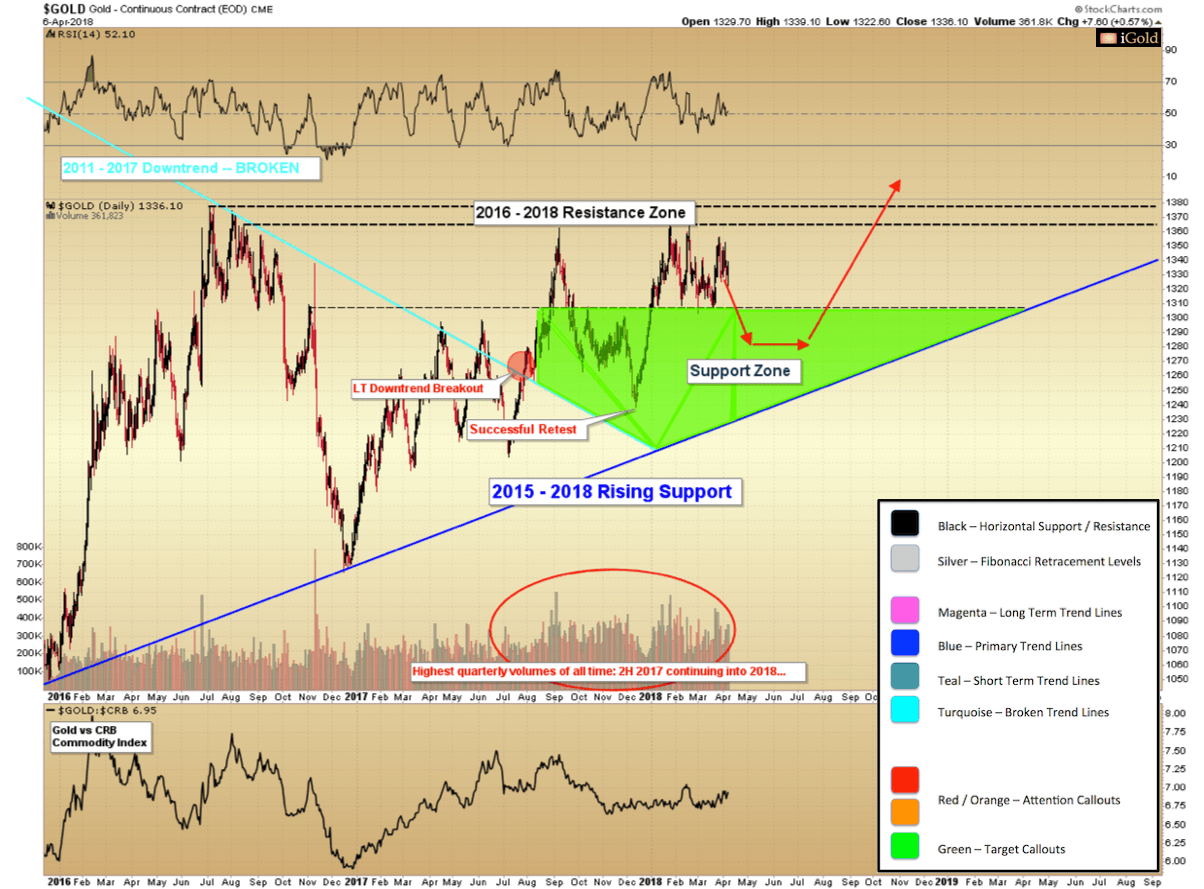 Such a target would still be within the accepted definition of gold’s green support zone, above its 2015 – 2018 rising support (blue). The boundary of the rising support line now comes in at $1,230.

Still, the target at $1,241 would come dangerously close to gold’s December 2017 bottom at $1,236 – close enough for us to say that it is of critical importance that gold maintains a higher print above this December 2017 level on any retracement. A move below $1,236 would call into question the strength of remaining buyers and indicate the likelihood that gold would proceed to break its 2015 – 2018 rising support – en route to a multi-year declining market.

Suffice it to say, should gold follow silver lower at this juncture, it must remain above $1,236 at an absolute worst for the bullish thesis to remain alive.

Any bottom higher than $1,236, especially if it should coincide with relative strength shown in the gold mining complex, keeps the door open to an advance above 2016 highs for both metals later this year.

We have negative signals showing over the short run, especially in silver, but it will be important not to jump to extreme conclusions until key support levels are either confirmed or violated. To do so otherwise would be premature, and would lead one to make irrational moves at the most critical juncture.

Christopher Aaron has been trading in the commodity and financial markets since the early 2000's. He began his career as an intelligence analyst for the Central Intelligence Agency, where he specialized in the creation and interpretation of pattern-of-life mapping in Afghanistan and Iraq. His strategy of blending behavioral and technical analysis has helped him and his clients to identify both long-term market cycles and short-term opportunities for profit.