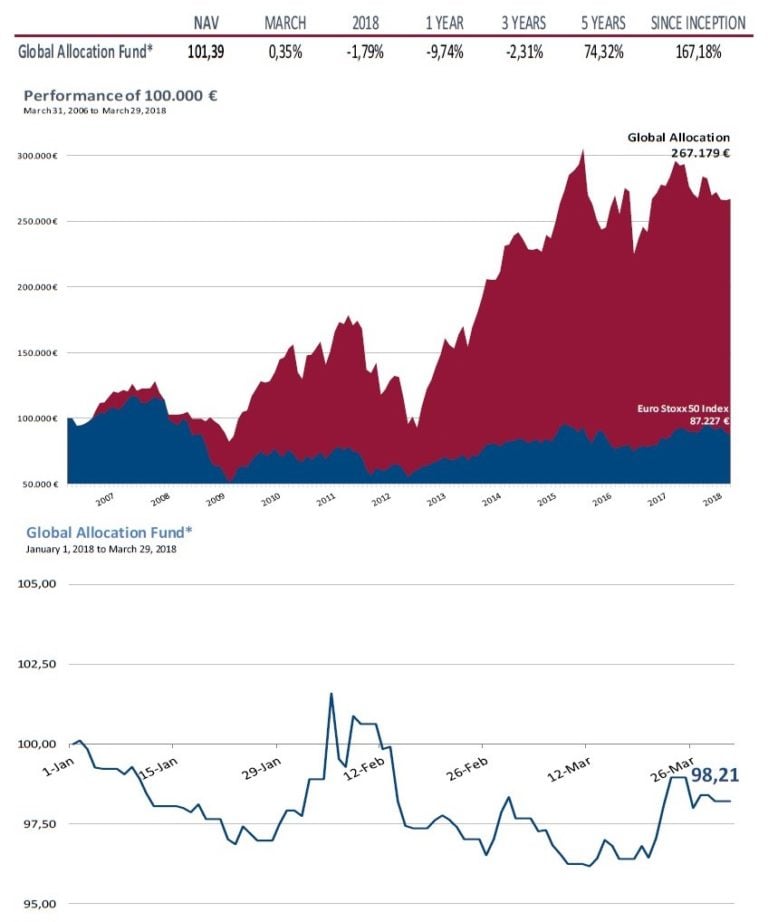 The commercial war has made worldwide news during the month of March. It is said, that you never know when wars will end, but only when they start.

This fact, alongside some significant issues faced by companies that where avoiding the burn off in the US, such as Facebook, with the personal information leaks, Tesla, with water up to their neck and Amazon, with Trump’s tweets up and down, have made us come back to key supports in equity markets.

The bond market, even with record issues by the US Treasury, has ended the month with the 30yr bonds under a 3%, in other words, increasing its price. German bonds keep their unstoppable march, and they are again close to a 1%. The difference between US bonds and German bonds is in maximums since the year 2000. Just a coincidence.

The interest rate curves are drawing a recession in the horizon. We believe that it will come around no later than next year. These can arise just with a simple increase in private saving, in historical lows (in Spain we have also witnessed that 2017 figures are below those registered in 2007), causing consumption to decrease, or instead through a plummeting in the markets which would drag the economic cycle, or maybe by both facts combined, as a serious fall in stock markets might reduce optimism, increasing savings and reducing consumption. 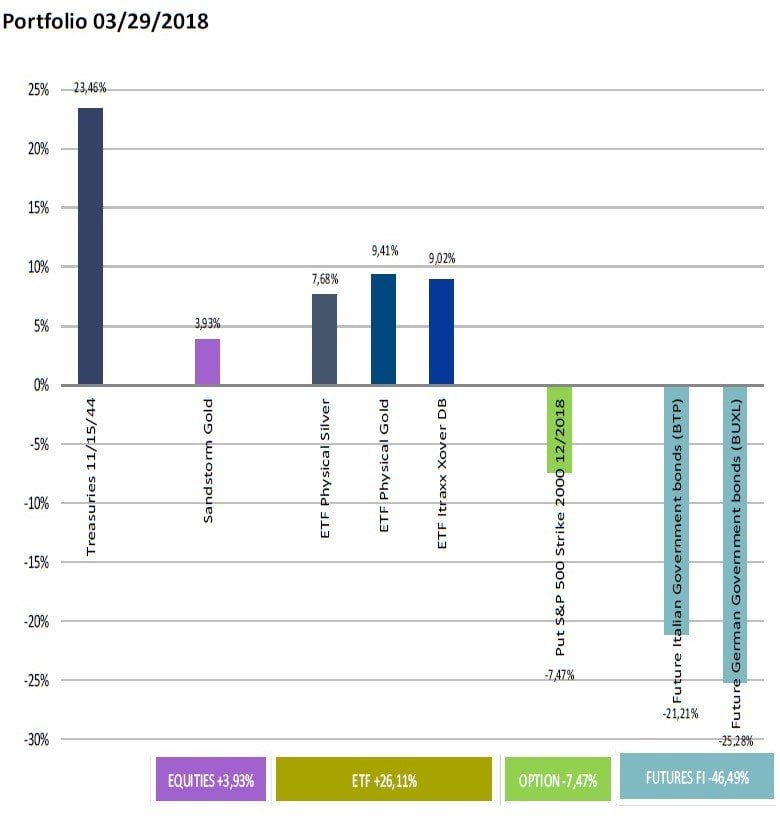 However, after February’s falls, forward rebound and March’s return to falls, we are missing a fundamental ingredient which would make us think that this fall might be “the one”, credit. Although credit markets are not giving signs of improvement, the truth is that they are not suffering as they should and even less so, in proportion to stock markets.

This fact, alongside the beginning of falls in the bonds’ interest rates, which are ultimately giving better valuation to those equity assets in comparison, have made us tactically re-think our positions.

Thereby, during Easter Thursday we closed the short positions that we had in equity futures, both in S&P and in European banks. Equity markets are just in key supports, while the euphoria indexes that we saw at the beginning of the year have shifted to the other end, now being pessimistic indexes, and these, always work the other way around. On the contrary, we have purchased a 4% of a small company dedicated to the royalties over gold denominated in USD business, called Sandstorm Gold, just in case credit hashes, which we believe will happen.

To contradict ourselves is obviously not easy. The truth is, we still believe that the next great movement in equities will have direction south, but this could happen, as it occurred in 2007, after a return to previous highs. Even though we do not think this is very probable, it must be taken into consideration that the rise could be significant. The swan game is just starting. 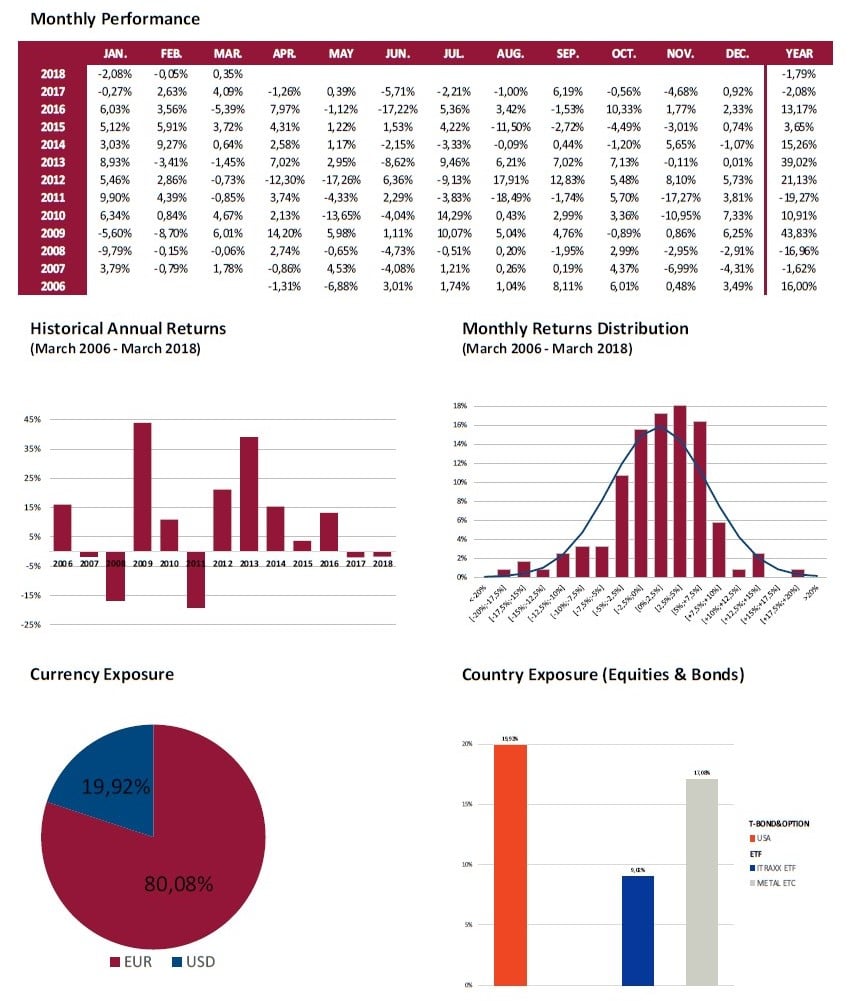