It’s not possible at this point to consider the Galaxy S9 and S9+ a failure, per se, but the sales have been lackluster at best. A recently released Samsung Galaxy S10 concept may give jaded fans something to look forward to.

There’s no telling how things will play out as we move further away from the release window for the Galaxy S9 and S9 Plus, but initial reports show that the phones sold far more poorly than the tech giant had expected. As soon as we got our hands on the specifications and features (or lack thereof), we knew that the Galaxy S9 would be a hard sell for those who were on the fence. With a tagline like “the camera, reimagined,” it was clear that Samsung was putting all their eggs in one basket from the start – and the lack of innovation caused some seriously unimpressive sales that pale in comparison to the absolutely massive shipments of the iPhone X. 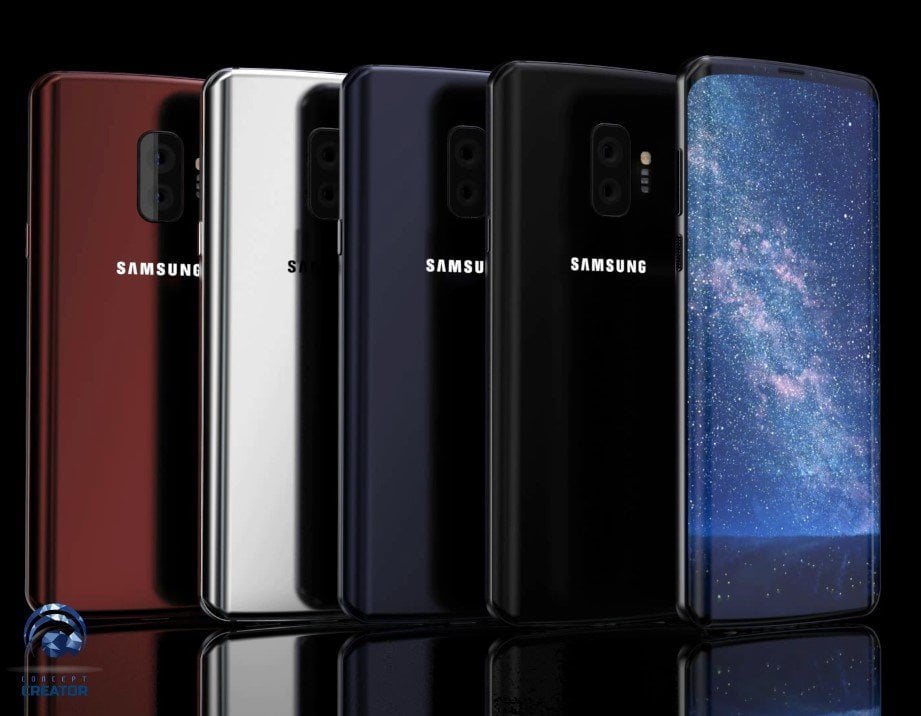 Still, Samsung is one of the biggest players in the game and they can afford a release that isn’t as spectacular as they would like. After all, they had to write off an entire line of phones with the Galaxy Note 7 fiasco. This Galaxy S10 concept that was just released by the YouTube channel Concept Creator has us excited for the future of Samsung – but it remains to be seen whether any of these features will actually make it into the final release.

The video from Concept Creator of the Galaxy S10 concept is included below. It’s important to take the video at face value – being a creative rendering from an artist or designer rather than something official from Samsung themselves. As such, it’s possible that the final phone could look completely different from the Galaxy S10 concept – but we’re certainly hoping the phone looks as slick as the one included in the video.

While the Galaxy S9 and S9 Plus may have had lackluster sales, Samsung is still one of the largest developers in the game and the Galaxy S10 will be one of the most hotly anticipated phones of 2019. The fact that we’re already seeing Galaxy S10 concept just a month or two after the release of the S9 speaks both to the un-impressiveness of this current generation as well as the hype for the sort of technology that Samsung may have hiding up their sleeves. We certainly hope that they have something innovative to offer with the S10, as the S9 failed to compete with the brand new features and design that the iPhone X brought to the table.

The Concept Creator Galaxy S10 concept envisions a new S10 design that takes the good aspects from the S8 and S9 aesthetic and elevates them to a slick and somewhat-futuristic look. The biggest change you’ll see is that the Galaxy S10 concept basically eliminates the bezels above and below the Super AMOLED display – effectively accomplishing the goal of a borderless screen that many smartphone companies have been edging towards over the past couple of years. 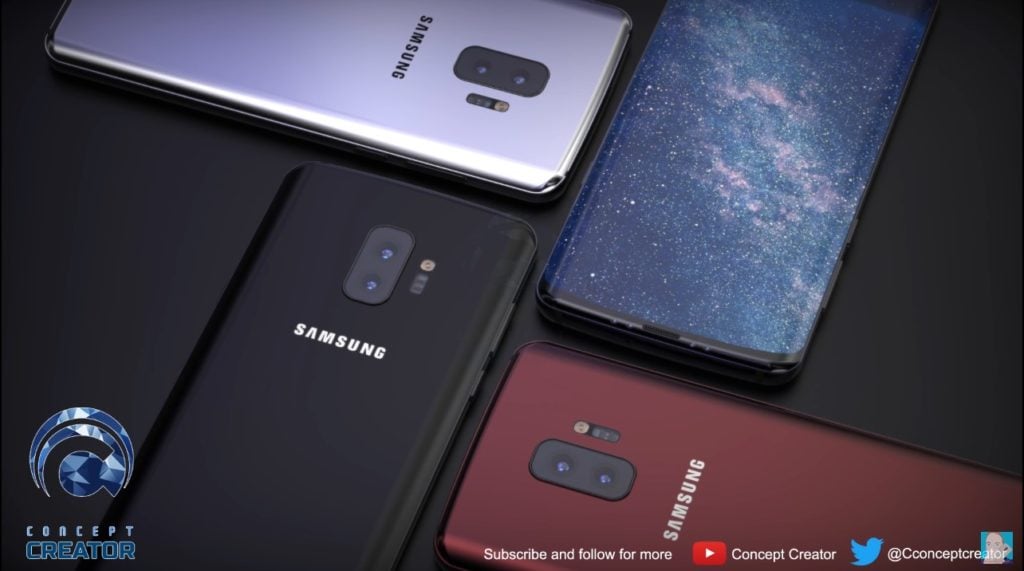 Also notable is the lack of a rear fingerprint scanner – with Samsung instead likely opting to include an in-display scanner rather than one positioned on the rear of the device. With zero bezels on the front or sides of the phone, the Korean tech giant certainly has to find somewhere to include this critical security and convenience feature – and the inclusion on the back of the device was awkward to say the least. By being able to unlock the phone just by putting a finger on the screen, Samsung can stick to the slick aesthetic in the Galaxy S10 concept and provide a phone that’s at least a little bit of a departure from their previous devices.

While the revolutionary changes for the company will likely be reserved for the Galaxy X line – an upcoming foldable phone that will represent one of the first foldable luxury flagships on the market – it still would be nice to see Samsung take some of their fans’ suggestions to heart when it comes time to build a new device.

Whether the Galaxy S10 concept will actually apply to the final device remains to be seen, but we can always dream of a new generation that’s at least a tad more impressive than what we got in 2018. Samsung has the potential to knock it out of the park with this next generation, and we can only hope that they have taken the failings of the S9 to heart and will produce a phone that offers more than just a minor improvement in performance and camera functionality. Samsung seems to stick to a formula that works for them, but innovation drives sales – and their sales have definitely taken a hit. If the company is to take a page from the Apple handbook with the Galaxy S10 we should have a 2019 generation that’s much more of a close race.