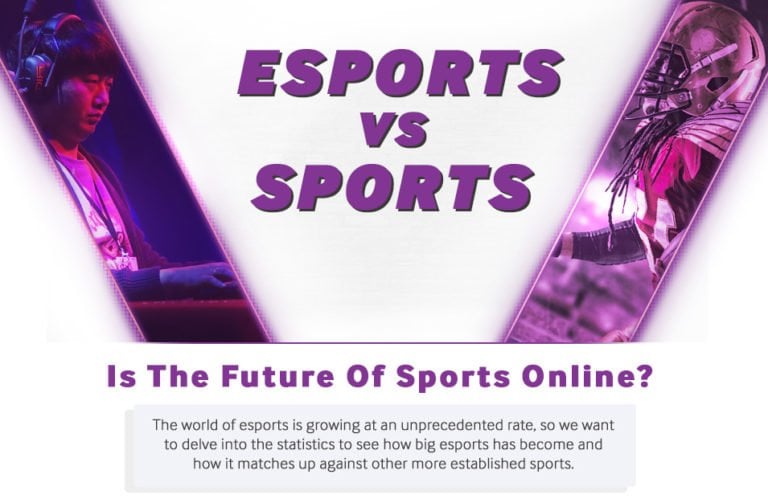 A recent downturn in the viewership of major sporting championships such as the NFL, Premier League and the Winter Olympics has shown that the popularity of traditional sports may be on the decline. In fact, a recent survey conducted by Limelight revealed that more young men now prefer to watch esports than traditional sports, with esports being their second most preferred media source, only behind movies.

Recognising this upturn in esports viewership and popularity, major brands have began to take notice, with tech and media companies alike starting to invest in this new and exciting industry. In 2015, Amazon announced that it had successfully acquired Twitch for $970m and has fervently promoted esports as the main stable of its platform ever since. Reports have highlighted that by 2020, esports will overtake the NBA’s 400m fans, reaching closer to 500m. Around 11bn hours will be spent by fans watching esports, with more than 70m enthusiasts watching major finals through online streaming platforms such as Twitch. That’s more than the MLB and NBA finals.

With this increased exposure and popularity comes increased revenue, as advertisers take advantage of this new platform. According to reports, it won’t be long until esports eclipses traditional sports when it comes to yearly revenue. It is believed that revenue generated from esports will hit £1.2bn by 2020, with viewing figures totalling around 600 million.

Although, esports still has some catching up to do to catch up with more traditional sports revenue, the growth is continuous – it predicted that in 2018 there will be a 53.2% increase in sponsorships, 72.1% in revenue from media rights, 23.8% increase in profit from advertising fees, 11.0% in publishing fees and 16.2% extra in merch. & tickets. This is extreme growth, whilst compared to strong and stable traditional sports revenues, it will be interesting to see if esports is able to catch up to the infamously profitable sports industry.

But it’s not only advertisers becoming interested, esports has already amassed more than 600 sponsors, and while esports cannot compete with other traditional sport’s revenue, they do have more sponsors in total. With sponsorship revenue in 2016 reaching $168.9M; from sponsors in sectors such as IT/computer science (360), retail (100), online services (60+), non-alcoholic drinks (50+), online media (40+). This strong and growing sponsorship revenue will lead to further developments and innovations in the way that we watch the sports and platforms themselves.

Although the earliest known video game competition took place in 1972, the growth of esports really began in the early 90’s, as many games began to benefit from increased internet connectivity and online play. Also, around this time, another sport was beginning to develop, the UFC; which was formed in November 1993. Both esports and UFC are two of the most exciting and fastest growing sports today, but do you earn more playing video games or getting punched in the face competitively? We took the 10 highest overall earning competitors from each sport, and created their average yearly earnings based on how long they had been in the sport and the prize money they have won. The figures show that gamers dominate the list when it comes to average yearly earnings, with the gamer Miracle, who is only second on the list behind Conor McGregor, earning just over $1m per year since he began his journey in esports. There are 8 professional gamers who have earned an average of over $600,000 per year since they began in the sport, with only 2 fighters in the UFC earning this same amount.

Not only is the overall revenue of esports already substantial when compared to other traditional sporting organisations such as the Major League Soccer and Cricket’s Indian Premier League, the same can be said for prize pools on offer to competitors. The recent Dota 2: The International 2017 event boasted an overall prize pool of $17.5m, making it the highest ever offered in the history of esports. Although this trend of increasingly lucrative prize money on offer to professional gamers is set to rise, due to brand investment into the sport and consumer interest, the figure of $17.5m already far outweighs the combined prize pool of other major sporting events, such as the Tour de France, Cricket World Cup and The Open.

Does this mean that the next generation will dream of being behind a controller or out on the pitch? Developments are becoming clear that traditional sports will try to integrate and work alongside esports; as not to become stagnant in the ever-changing world of technology. Betway predict that 2018 is set to be another exciting year for esports; but only time will tell if esports will be able to take over traditional sports in the future.