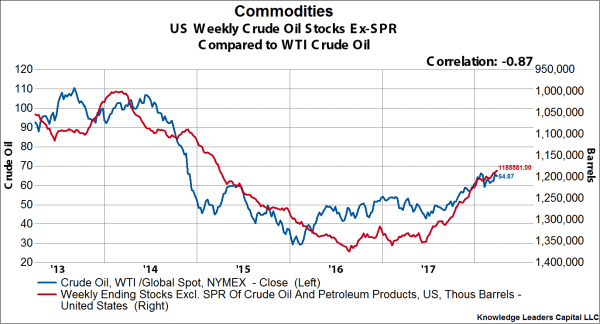 Energy stocks are looking lively today, with energy the best performing sector in the US and second best performing sector in Europe. The likely reason for the buoyant performance is a continued improvement in fundamentals. Inventory data released yesterday showed a steady decline in crude and refined product (ex-SPR) in the United States. Total barrels of crude and refined product are down about 165M barrels from this time last year.

While North American energy equities have underperformed the price of crude in recent months, the long-term correlation is pretty tight, suggesting we are getting mean reversion. 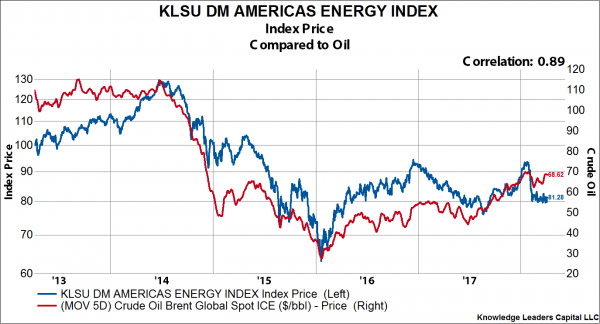 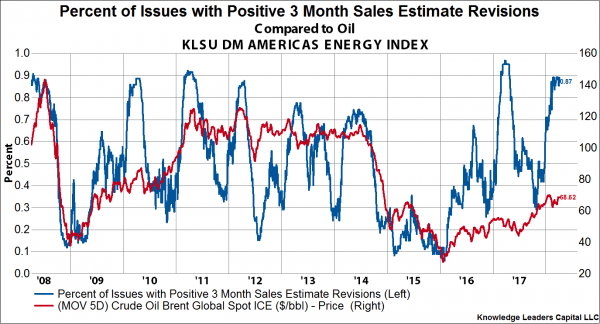 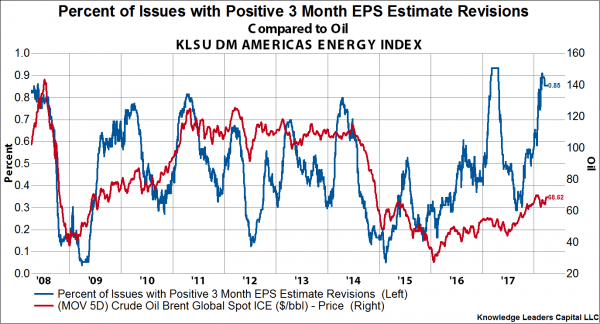 Despite higher crude prices, North American energy companies are staying remarkably disciplined on the CapEx front. We calculate the aggregate capital spending of the top 85% of North American energy producers and compare it to weekly production. The resulting ratio of about 12.8 is the lowest since 2004, before the shale spending party began. 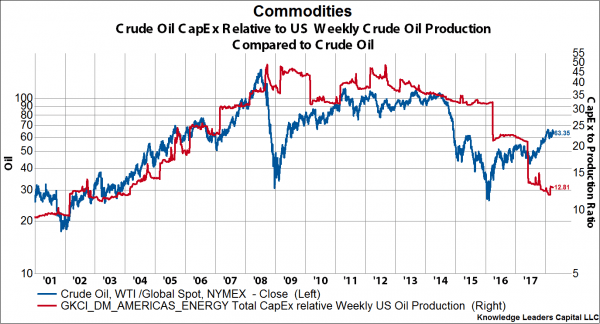 This bodes well for free cash flow expectations of US energy companies. As an example, estimates for Chevron’s cash flow are about $13.7B this year, rising to $15.9B by 2020. 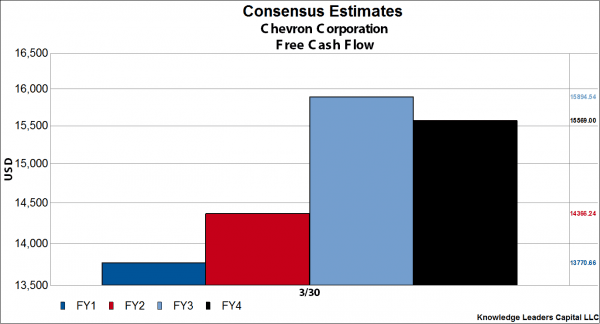 Reviewing Chevron’s historic performance, these free cash flow levels are very healthy. At the peak of oil prices in 2011, Chevron earned $17B in free cash flow. 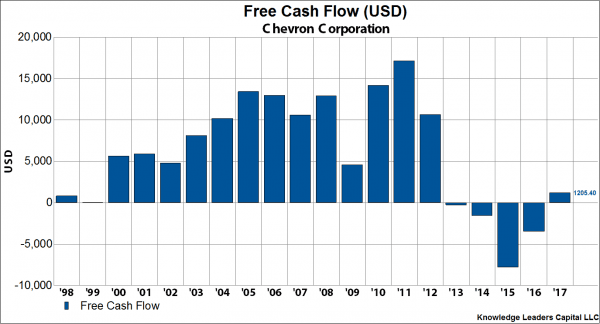 The most important reason for the improvement in free cash flow is the slashing of capital expenditures. In 2017, CapEx was $13.4B, down from over $37B in 2013. 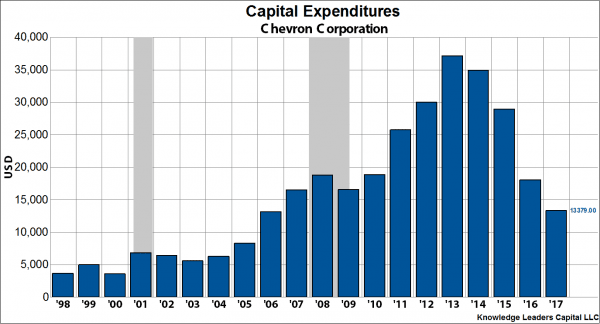 Estimates suggest this very restrained CapEx will persist into the future, with CapEx expectations remaining under $15.5B for the next few years.

While high valuations remain a concern for many parts of the equity market, the energy sector is not one. Again, taking the top 85% of the market cap of North American energy producers, the aggregate reported price to book value ratio is near two-decade lows around 1.5x. 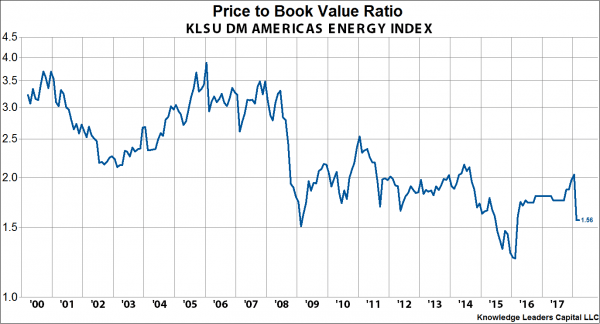 North American energy companies are sporting the highest earnings growth estimates for the next four years of any sector. 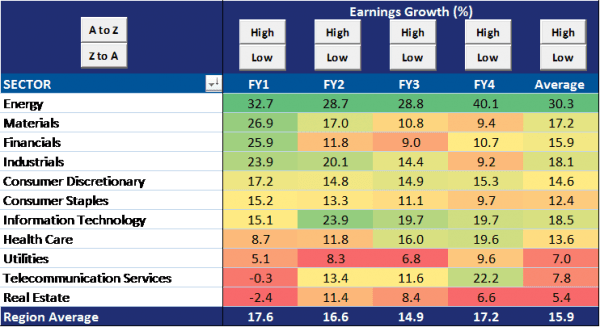 Perhaps investors are turning their attention to earnings season and starting to see the cash flow North American energy companies are likely set to produce in the quarters and years ahead.

Disclosure: As of 3/31/18, Chevron Corporation was held in the Knowledge Leaders Strategy.