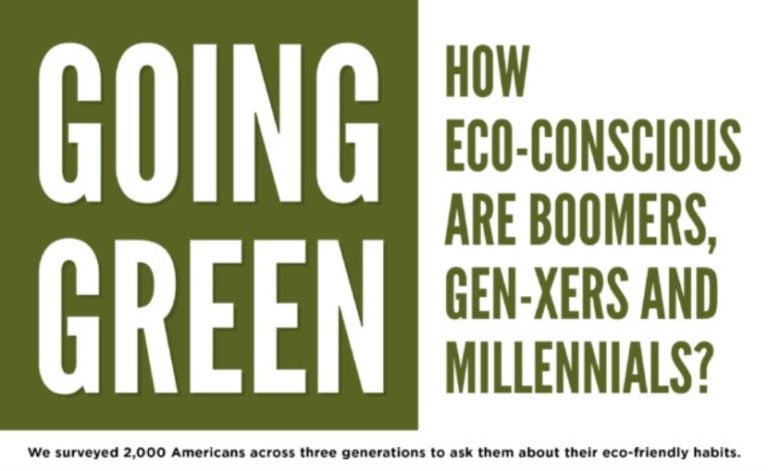 With earth day approaching this month, it’s time to get some perspective on which generations are actually investing in an eco-friendly lifestyle, not just for one day a year but for the entire year.  To do this, High Tide Technologies surveyed 2,000 Americans across three different generations (baby boomers, gen x and millennials) to see which generation is the greenest generation and to see how people are developing better habits over time.

To do this they looked at four major components to an eco-conscious lifestyle:

Let’s take a deeper dive into each of the four areas to see how each generation fared.

Baby boomers were the generation most likely to recycle and also the most likely to recycle old electronics and cell phones.  Baby boomers scored much better than the other generations in terms of recycling.  Millennials did score well with using reusable bags and being enrolled in paperless billing.  More than 90% of all three generations agree that recycling makes a difference. Once again Gen-Xers came in dead last.  Hopefully the score better in the last category.

To see the full analysis, check out the infographic from High Tide below. 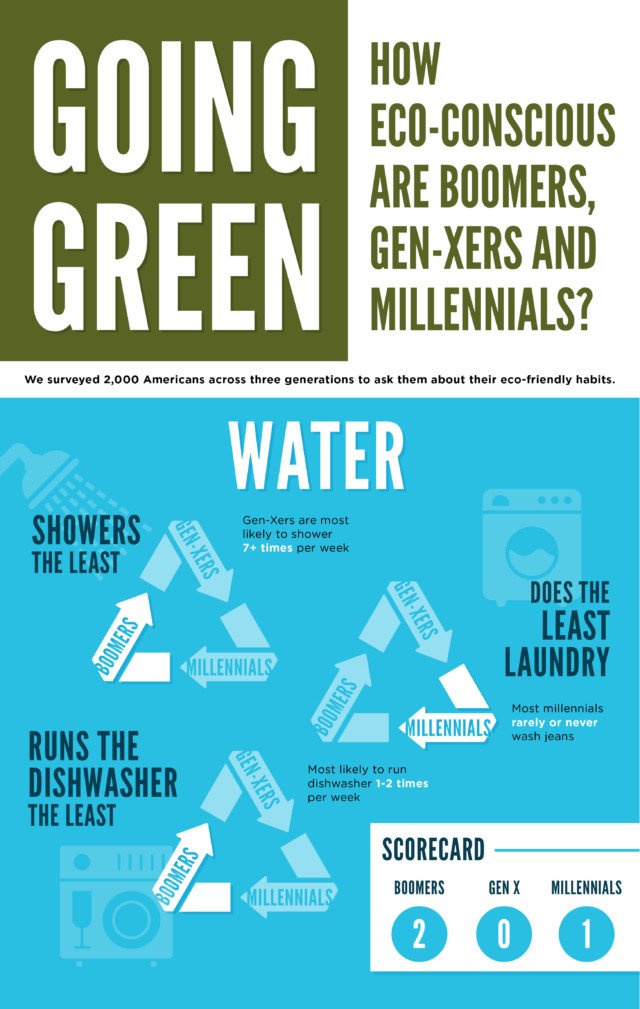 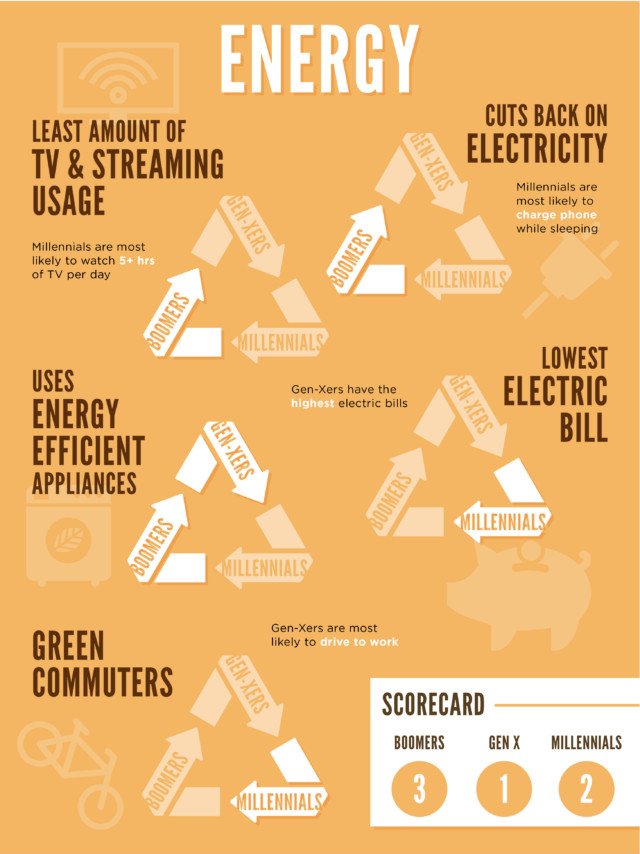 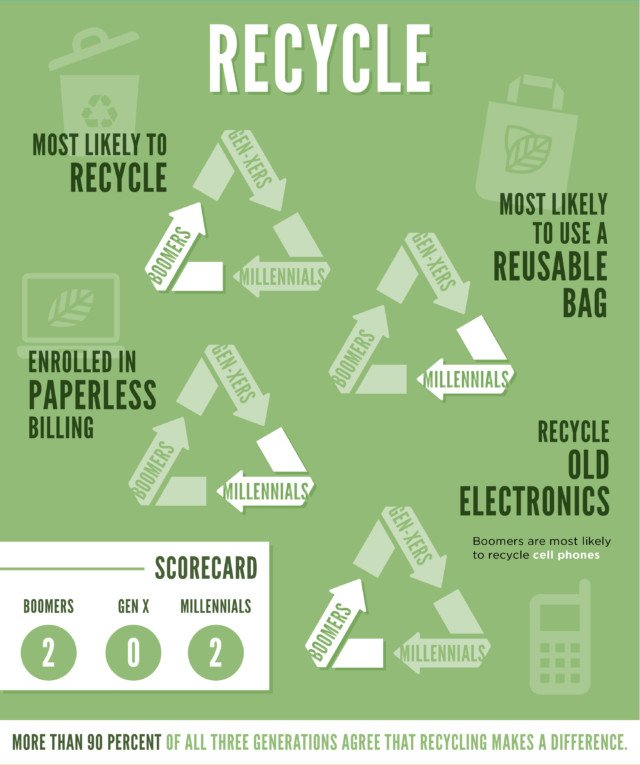 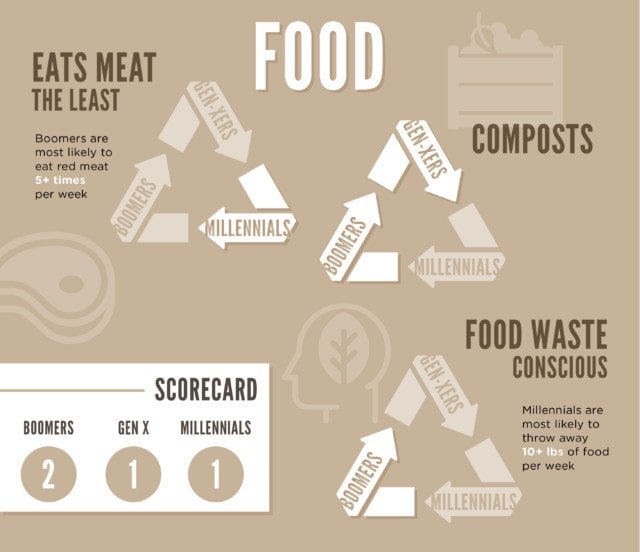 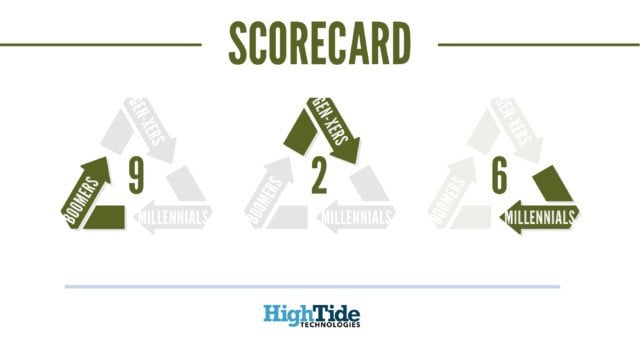