ValueWalk
Home Top Stories Why Is It So Hard to See a Recession Around the Corner?... 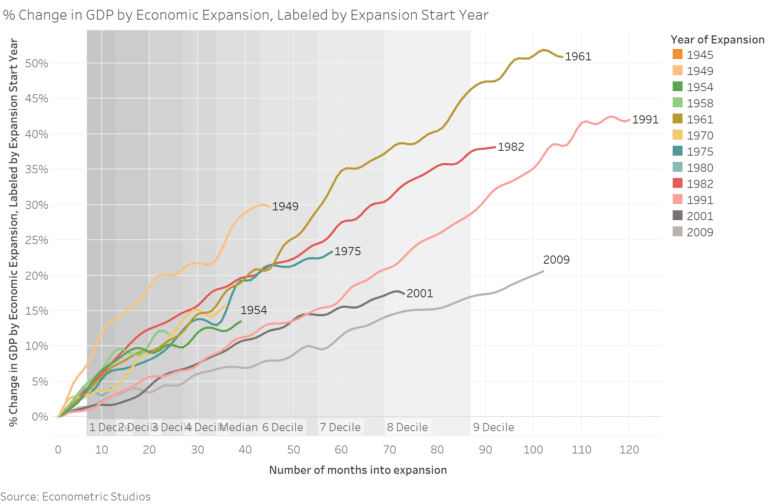 If you’re in any way interested in the business cycle, you know that markets have received an inordinate amount of chatter about a recession on the near horizon.  Although some analysts give reasons that don’t have to do with a view that “the expansion is getting old”, most do.  Do expansions really die of old age?  The answer is probably no and here are 3 reasons why.

First, Some Background on Where We Are

Before addressing whether recessions die of old age, here’s a look at where we are now.

Could The 1980s Have Predicted the Great Recession?

The first figure is the percentage growth in Gross Domestic Product (GDP) by the start year of a given economic expansion.  The current expansion begun in July 2009, labeled as gray in the graph.  As is well-known, this recovery has been extraordinarily weak by GDP-growth standards.  Since mid-2009, GDP has expanded by 20.6%.  Not exactly something to be proud about.  The expansion is also long, showing up in the top decile for months of life.  Soon, the current expansion will only be surpassed by the 1990s expansion (post-WW II). 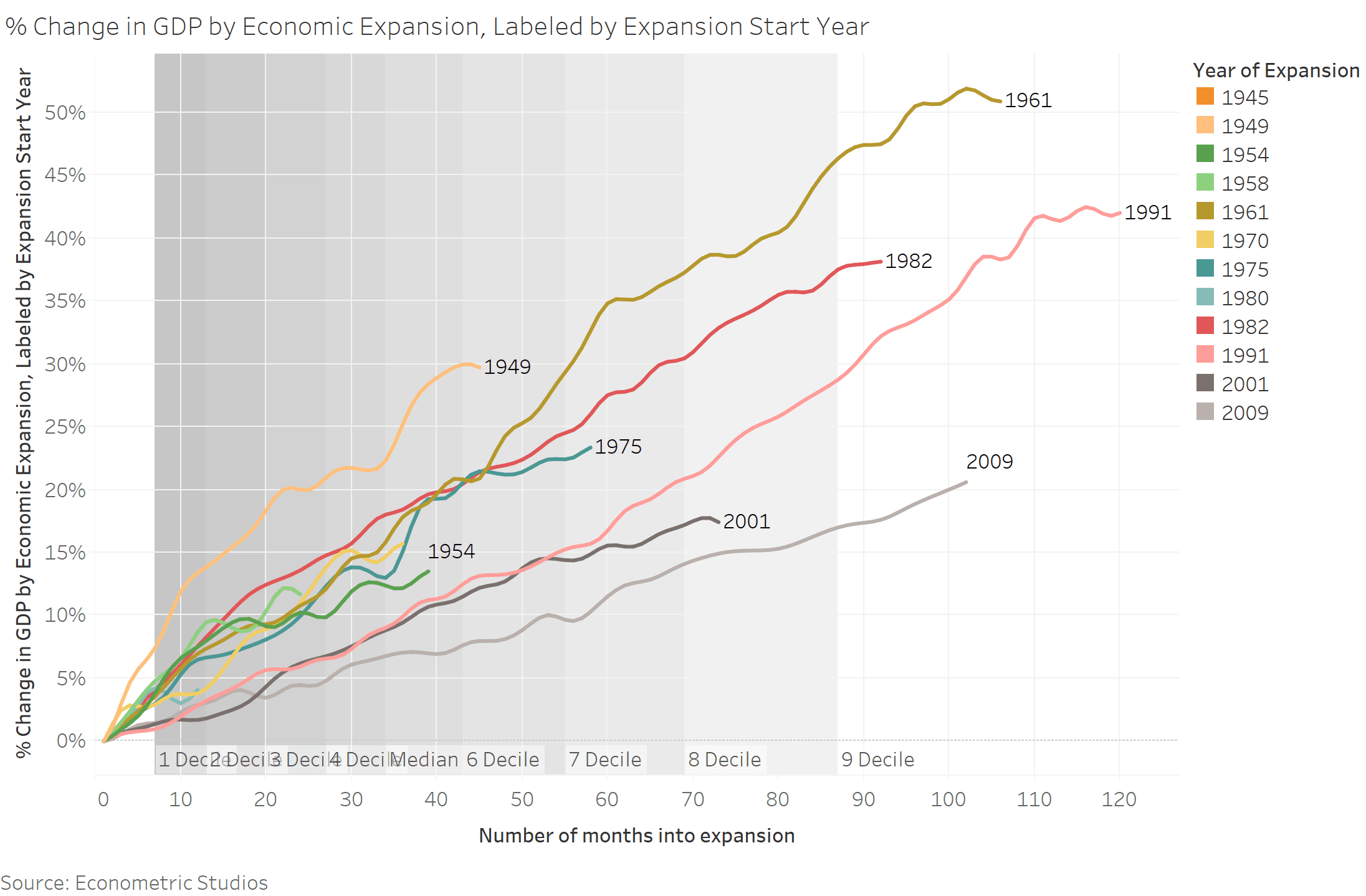 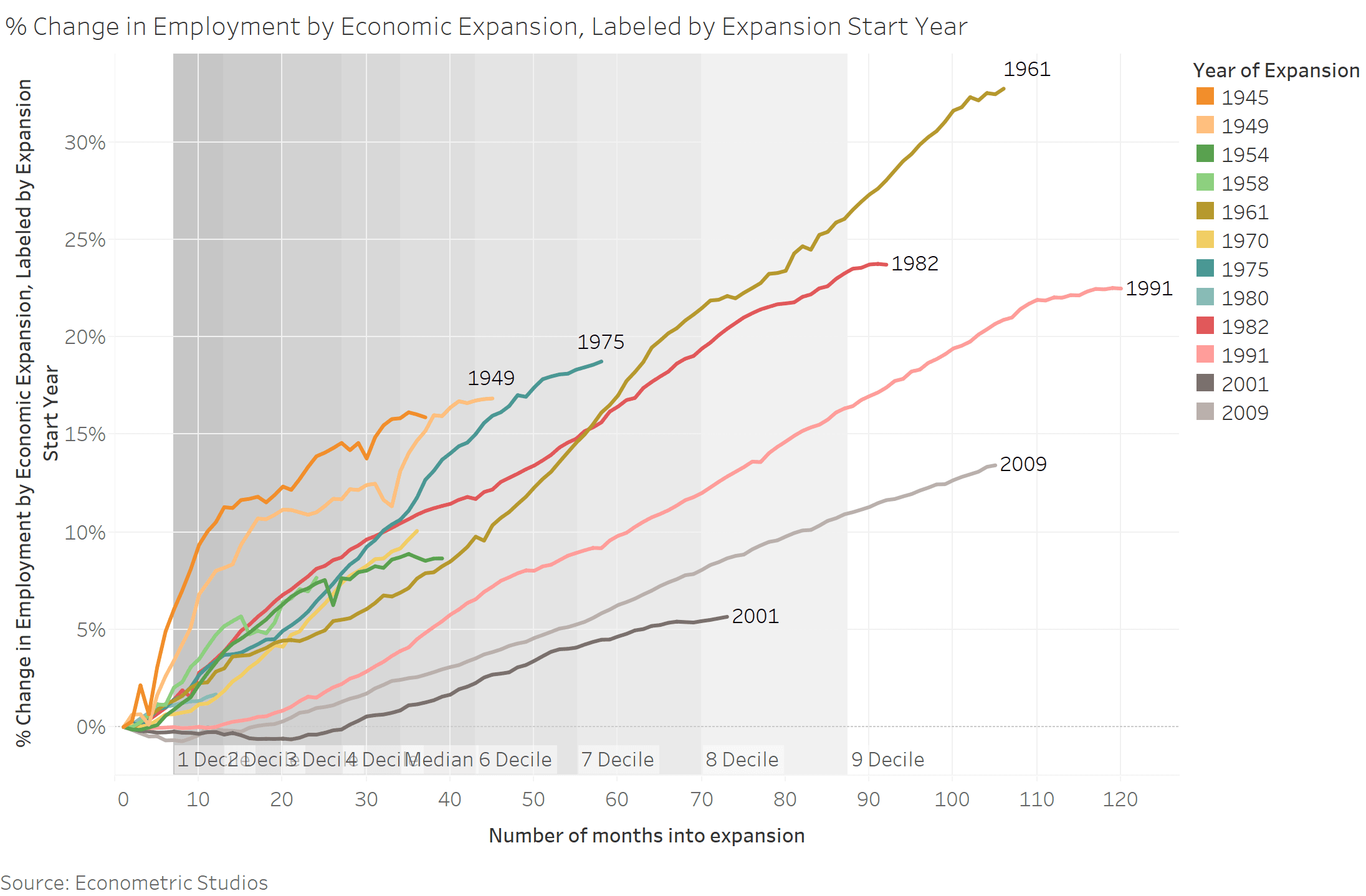 Lastly, the following figure is a look at Household Net Worth by economic expansion.  Fascinatingly, comparing this expansion to prior expansions according to this measure looks quite different than the GDP/Employment picture.  Since July 2009, Household Net Worth is up a massive 75.2%, surpassing the $100 trillion mark for the first time.  When judged by Household Net Worth, the current expansion is quite good, right in line with what Household Net Worth did over the same period during the 1990s historic expansion length.  Interestingly, the 1990s expansion saw financial asset values expand for another six months (from today's point of view) and then went on some vicious vacillations.  Hmm - food for thought.

Deutsche: It Looks As If The Worst Of The Profit Recession Is Behind Us 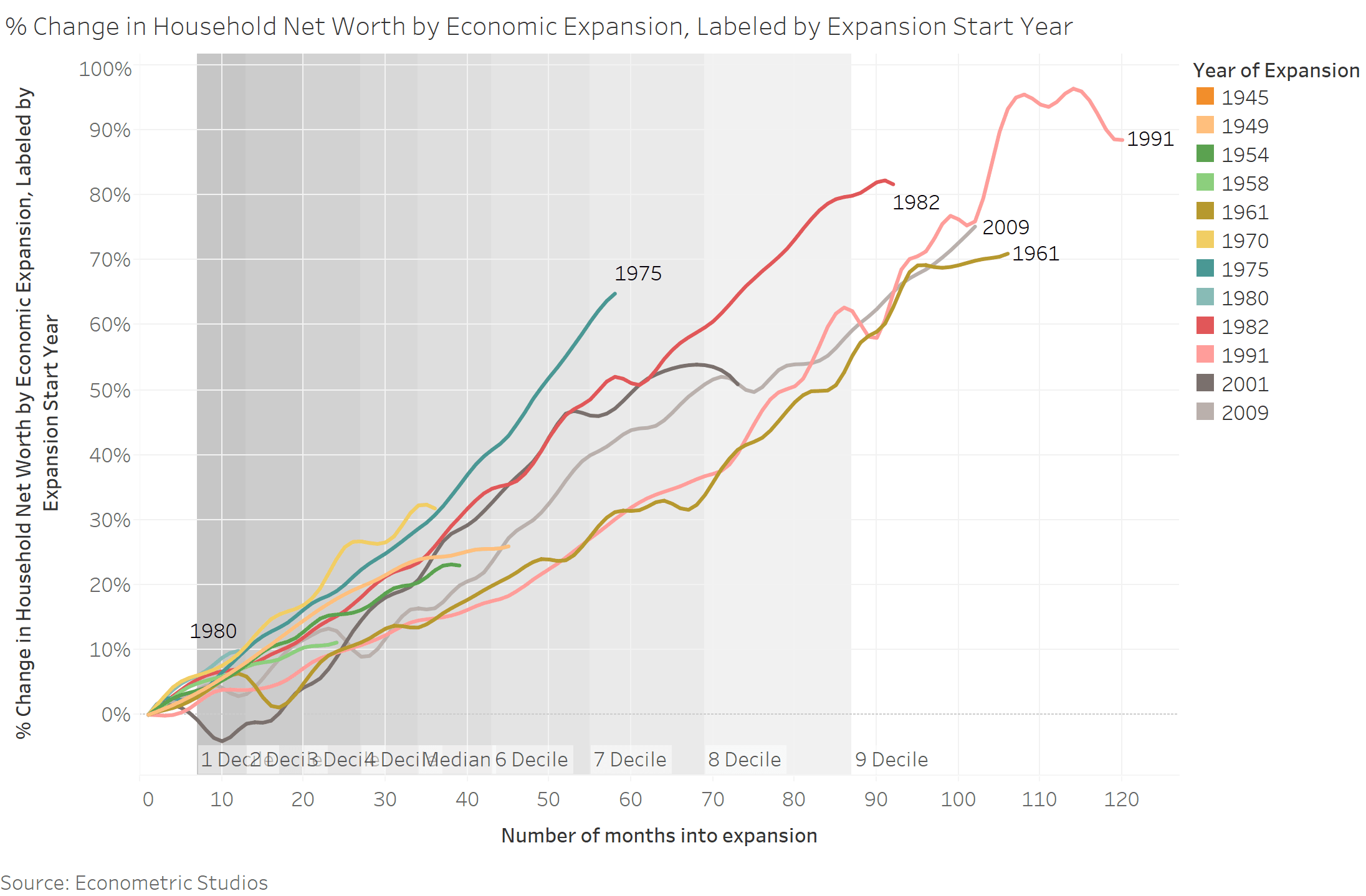 Do these three charts suggest a recession around the corner?

The answer is probably no.  The following does some survival analysis, which basically assigns the chance that a recession will end within the next month based upon how long the expansion has lasted.  Interestingly, according to this survival analysis, it used to be the case that expansions die of old age - but that hasn't been the case since WWII.  Hmm.

But, Why is It Hard to See a Recession Around the Corner?

With this background, why is it hard to see a recession around the corner?  Here are two big reasons.  They are: (1) what appears to be a never-ending persistence in historically low interest rates; and (2) a persistently high liquidity level.  A recession materializing with these two measures where they are seems almost inconceivable.  (For the record, that's an "almost inconceivable.") 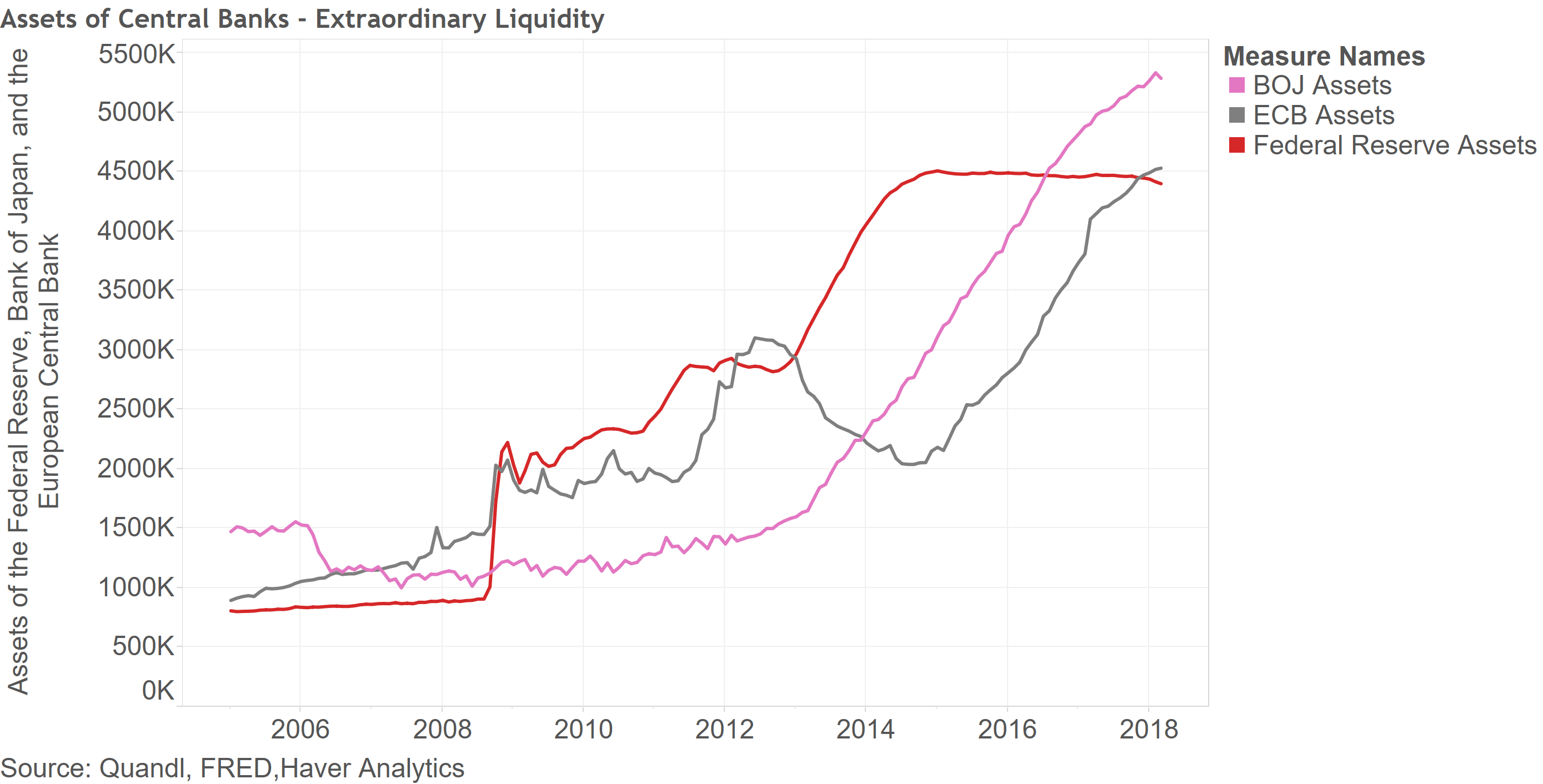 Edwards: It's The End Of The Bond Bull Market

In employing survival modeling to the probability of a recession occurring within the next month, the models suggest that recessions are like Peter - "recessions endure, but never seem to get old."  Instead of looking at age as the reason for a recession dying, analysts ought to be looking for policy missteps, potential shocks, and bubbles.  One of these will likely be the trigger for the next recession.