ValueWalk
Home Business China’s History Of Financial Warfare And The 4 Options They Can Use... 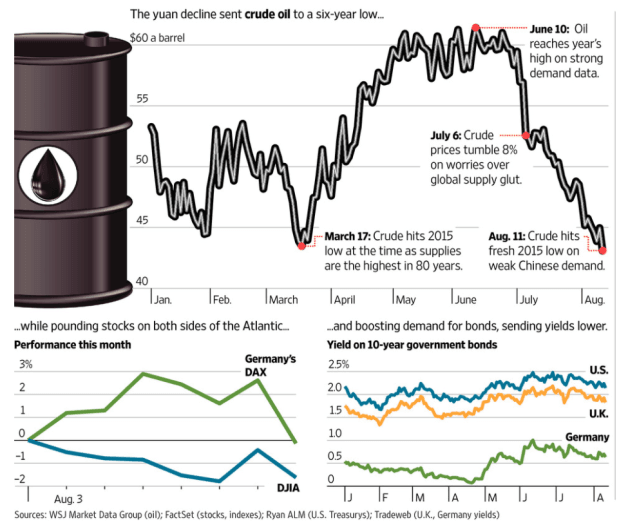 Last Friday I published an article highlighting the emerging Trade War between China and the United States. As I wrote then, you have the opportunity to position yourself correctly and benefit from their fighting.

But first, I think it’s necessary to take a deeper look at China and understand their strategy. I don’t think many realize what they’ve been up to for the last 20 years while preparing for any potential trade wars.

Also, I list the four things China could do in retaliation of a trade war. All four options would be devastating to the U.S. and global markets.

China realized that modern warfare wouldn’t follow the same path as traditional wars –  swarming troops and tanks and planes into other countries and shooting at one another in attempt to occupy their land.

There’s this little known book that was published two decades ago and explains all the pieces in China’s strategy. . .

The book is called Unrestricted Warfare by Qio Liang and Wang Xiangsui. Both men were Colonels in the air Force for the Chinese military.

In the book, they write about the collapse of Asian economies in 1997 – what’s known as the ‘Asian Contagion Crisis’ – when U.S. hedge funds “attacked” the currencies of Southeast Asia.

This to them was an example of the new generation of warfare. . .

What we call Financial Weapons of Mass Destruction (F.W.M.D).

We’ve seen the U.S. engage in Financial Warfare by using sanctions on countries that don’t play ball with us. An example of this type of warfare are the economic sanctions imposed against Iraq, Iran, Russia, and North Korea.

Cutting them off from world trade, the SWIFT interbank money transfer systems, and curbing their debt markets are some of the weapons used in financial warfare.

After witnessing the Asian Contagion Crisis, China’s military was one of the first to adopt a financial war strategy – years before the U.S. did.

Financial war is a non-military strategy that is just as destructive. The era of building nukes to scare your opponent is over – like what we witnessed during the Cold War arms race between the U.S. and Russia. Financial warfare is fought without spilling any bloodshed, is very quiet, uses concealed tactics, and is extremely destructive.

From the U.S. debt they’ve bought to the record gold purchases to the petro-yuan – these are strategic financial moves for China.

In the first section of his outstanding book, Currency Wars (a must read in our Palisade Recommended Reading List), Jim Rickards details his experience using financial warfare at the Pentagon’s annual War Games. You should read it if you haven’t to understand how this warfare can play out – and has since.

Here are just some of the Weapons of Financial Destruction China can use in a trade war against the U.S. . .

Over the last several years, China has been financing the United States. But if a trade-war escalates further, China could begin selling all their $1.2 trillion U.S. bonds. . .

This would be a huge blow to the United States and surely send interest rates through the roof. Especially if it happened at a very fast pace, before new buyers could absorb all those bonds on sale without triggering chaos in the bond market. Undoubtedly the Federal Reserve would have to print money to finance the treasury – this would significantly drop the value of the US Dollars.

This is their ultimate trump card – the atomic bomb in their financial war weaponry.

There is nothing worse than being at the mercy of your creditors.

China can do a huge devaluation of the Yuan to steal global trade from the United States. President Trump has been vocal about China weakening their currency on purpose to boost their exports, basically stealing from the U.S.

When China sharply devalued their currency – in August 2015 – it sent global markets, oil, and base metal commodities spiraling downwards. Global market turmoil would cause backlash against Trump’s agenda.

The recent launch of the Petro-Yuan is China’s way of bypassing the U.S. Dollars global stranglehold.

“U.S. oil shipments to China have surged, creating trade between the world’s two biggest powers that until 2016 just did not exist, and helping Washington in its effort to reduce the nation’s huge trade deficit with China. . . Data in Thomson Reuters Eikon shows U.S. crude shipments to China went from nothing before 2016 to a record 400,000 barrels per day (bpd) in January, worth almost $1 billion.”

China could restrict purchases from U.S. producers if they choose to. This would cause the trade deficit with China to widen from missed revenues – and even worse – push down the price of oil.

This is an option that many don’t think about – but it’s a big one.

China has a near monopoly of Rare Earth Elements(REE) and that’s a problem for everyone.

Rare earths are special materials that are in everything from cell phones and computers to jets and cruise missiles. They are irreplaceable in national defense.

China produces 92% of the markets rare earth materials. They have a complete hold of these strategic materials that are needed for everyday life

If China were to limit exports of REE’s to the U.S., it would be a huge blow to the manufacturing and national defense.

Just imagine if Apple couldn’t get the materials they need to make their new products. . .

Any of these four options would deal a brutal blow to the U.S. . .

China understands the future of warfare. And that’s why they’ve been positioning themselves to gain from any potential confrontation.

As I wrote last week, China is not a historically aggressive country. And they’ve made it clear they don’t want a trade war. Even if they used any of these options, they would also suffer.

But if it comes down to it – they’ve been preparing for two decades.

So keep that in mind.

Editor-in-Chief of Palisade Research
Before joining Palisade Global Investments, Adem was a Research Analyst at Stansberry Research – under Agora Financial. Adem is a born contrarian and has extensive knowledge of markets, financial history, and economics. He is a value investor and fascinated with cycle theory. But his focus on ‘black swans’ and how to position oneself to make huge returns during volatile times is what really separates him from the rest.