Chamath Palihapitiya is Founder and CEO of Social Capital, whose mission is to advance humanity by solving the world’s hardest problems. Social Capital invests in and starts breakthrough companies in areas including healthcare, education, financial services and enterprise. Before founding Social Capital, Chamath was a member of the senior executive team at Facebook and a key driver behind its rise to one of the most important and impactful companies in the world.

Prior to Facebook, Chamath held leadership roles at Mayfield Fund, AOL and Winamp. He was born in Sri Lanka, grew up in Canada, and graduated with a degree in Electrical Engineering from the University of Waterloo. Chamath is also Owner and Director of the NBA’s Golden State Warriors.

He is still a believer in Tesla Inc (NASDAQ:TSLA) which he pitched last year? as a long. He is also talking about AI and is a big fan of it saying  it is a way to make predictions through a model derived from data. He believes that it is a better way to make decisions.

There is a third wave on AI what it can and cant do and who can create value.

Watch LIVE as chamath, founder and CEO of socialcapital and warriors owner, speaks at the SohnConf. #Sohn2018 https://t.co/jz2duHHXD4

He took a step back and built a block called AI stack - this can organize who does what and who can build value in this field going forward.

Companies like Intel are terrible at linear algebra, but GPU is 10-100x better than CPU and Nvidia the maker has soared on this, but that is not the end. You can make one yourself which is 2-10x better which Google discovered. 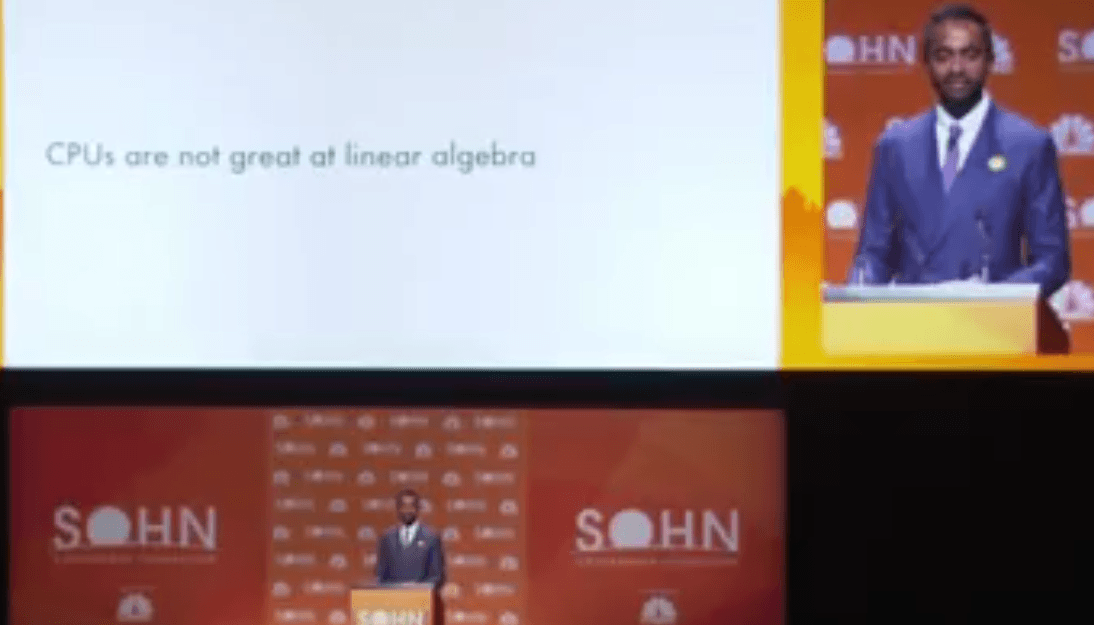 Where will value be captured? Storage, compute and GPUs - Amazon, Google

Software will get remade with trillions of IT spent- companies need to organize their info.

He is long BOX because they have huge R&D on top of the big tech giants which spent $45B and BOX benefits from this - they add intelligence to audio, video and imagery. 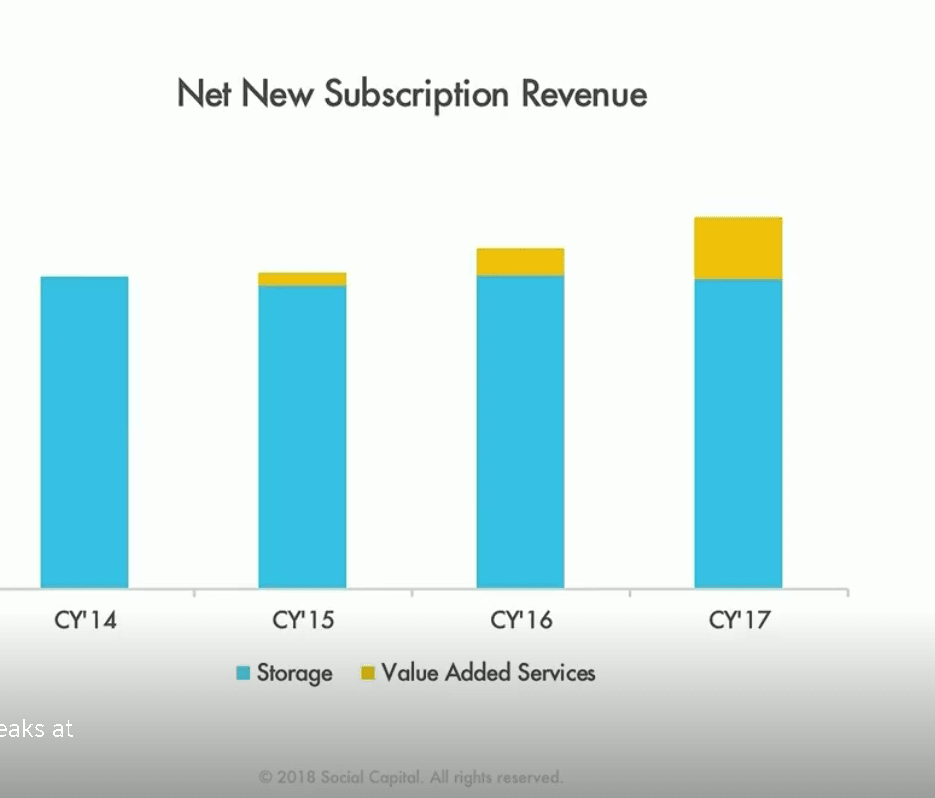 Be long google, Amazon and more importantly be long BOX

Watch LIVE as @chamath, founder and CEO of @socialcapital and @warriors owner, speaks at the @SohnConf. #Sohn2018 https://t.co/H5HPuoYIDw