ValueWalk
Home Economics Gold has had literally every reason in the world to rally and... 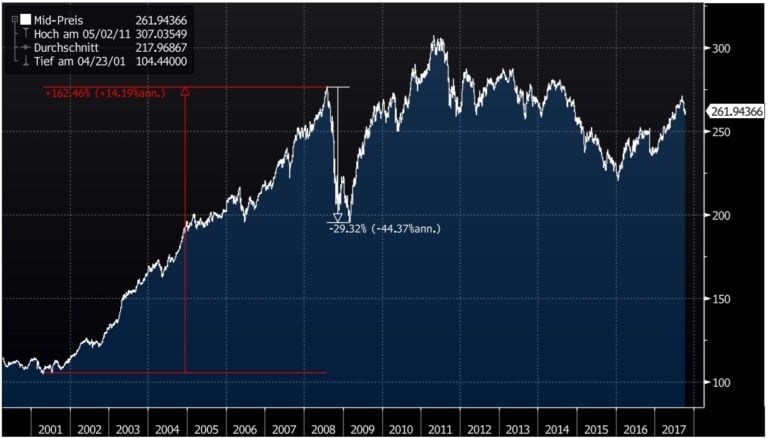 Explaining The Yield Curve — AK covers what’s going on with the yield curve including why it’s flattening, what that flattening means, and how long we have till a recession hits.

One of the Hottest Short-Dollar Trades Just Fell Into the Red – Emerging markets FX has been our radar recently as we just completed a Masterclass on it for the Collective.

This trade is incredibly profitable during a dollar bear market. But it doesn’t work well at all when the dollar turns around and enters a cyclical bull market. As you can see from the chart below things haven’t been working out too great for the EM FX carry trade until recently in 2016-2017 as the dollar retraced it’s 2014 gains.

But now after the recent move up in the dollar this week, the carry trade is under fire yet again. The year-to-date returns are now at a scratch and headed for the red.

I’ve been wanting to do a deep dive into COT data for awhile now, and I’ve finally started this process last week. The Commitments of Traders Bible was recommended to me by another trader so I decided to pick up a copy.

The author, Stephen Briese, really did write the ultimate reference on the subject. It’s probably the only book you’ll ever need on COT data. Briese starts with the history of the reports, then picks apart each and every data point so you get a thorough understanding of exactly what’s included in these COT releases. He caps off the book by telling us how to turn all that data into actionable trading signals.

If your a fanatic about positioning data and you think it can really bolster your trading edge, check this book out. You won’t be disappointed.

Tech stocks that like to grow revenue no matter the cost have been the darlings of this bull market. But eventually this will come to an end once these stocks break trend. Investors will flock back into good ‘ole fashion value companies that are more robust to poor macro conditions. The chart below suggests that the “value comeback” will happen earlier rather than later. 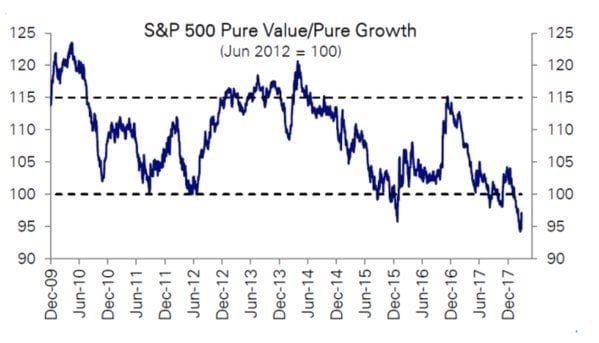 After the big breakout failure on April 11th, gold has been going straight down. 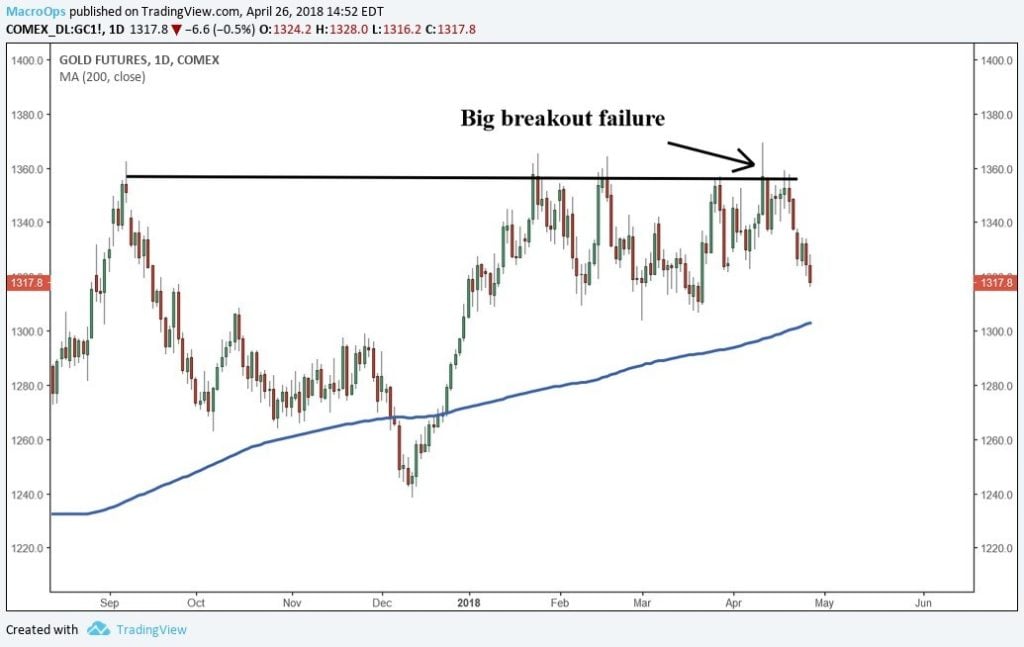 Gold has had literally every reason in the world to rally and it can’t. Inflation expectations have been moving higher, the dollar has been caught in a bear trend, Trump has been doing all sorts of shenanigans in the White House, and gold still can’t hold a breakout.

So if gold won’t go up when it has everything going for it, what’s it going to do when those drivers turn against it?

The latest breakout in the dollar index this week suggests that the drivers for gold are starting to turn bearish. We think this will lead to washout down below the $1200 level.

People focus on role models; it is more effective to find antimodels — people you don’t want to resemble when you grow up. ~ Nassim Taleb

I think what Taleb suggests here would be a good mental exercise. We all read Market Wizards. We all study the Trading Greats. But few of us ever think about antimodels — at least I haven’t. Perhaps take a weekend to think about who you wouldn’t want to emulate as a trader.

If you’re not already, be sure to follow us on Twitter: @MacroOps and on Stocktwits: @MacroOps. Alex posts his mindless drivel there daily.