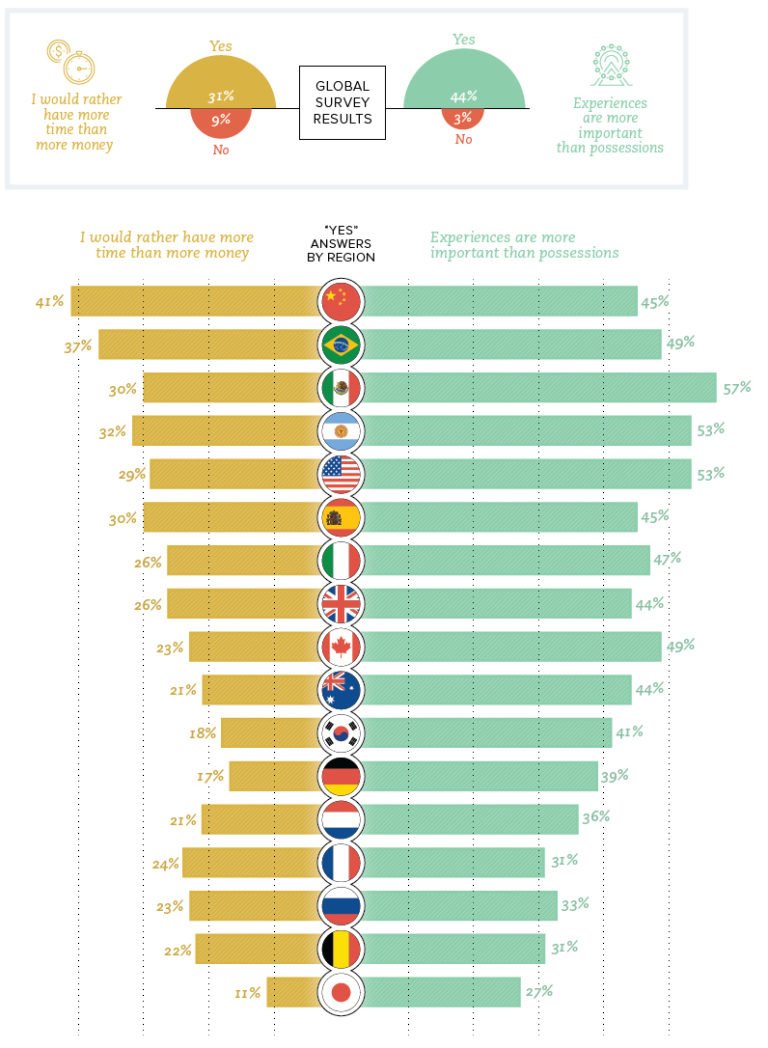 Every individual person has their own unique set of values when it comes to how they approach their lifestyle and career.

Generally speaking, however, most people have a viewpoint on the inherent trade-off between time and money, as well as whether these precious resources should be used to seek out experiences or buy possessions.

Today’s chart uses data from a global survey of 22,000 internet users in 17 different countries by GfK Global, which gave people the option to choose whether they valued:

We’ll first look at the U.S. data with a focus on generational differences, and then we’ll present the international data on how this trade-off between time and money manifests itself between countries. 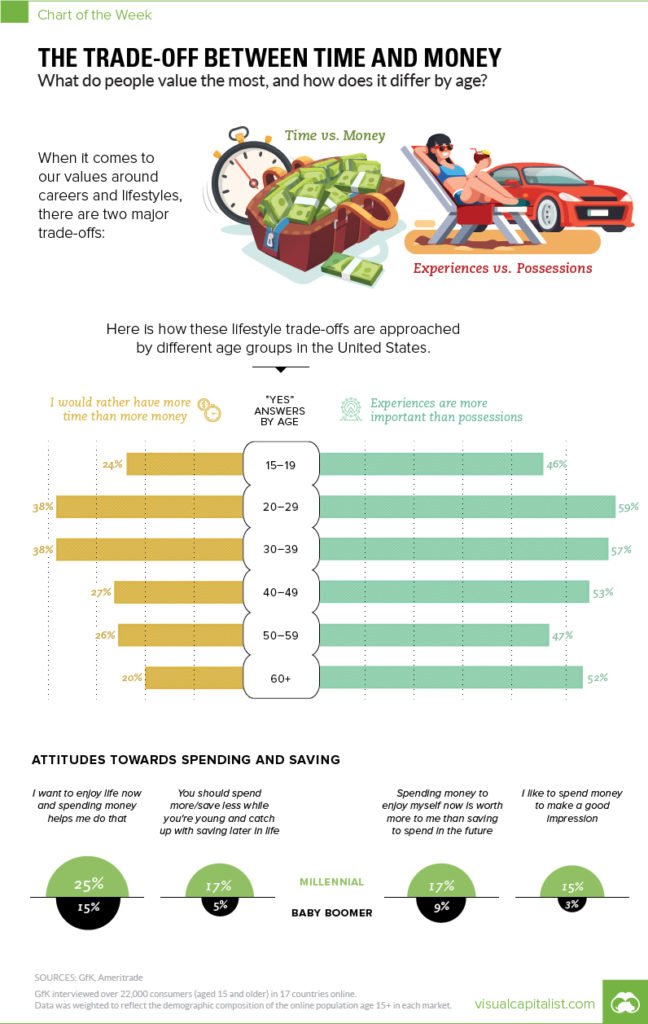 Judging by age alone, one might guess that younger generations would prefer to “take the money and run”. After all, millennials are often stereotyped as a cash-strapped generation.

Interestingly, this doesn’t seem to be the case at all, at least according to U.S. data:

When it comes to time and money, 38% of both the 20-29 year and 30-39 year ranges prefer to choose time over money. This is a significantly higher portion than those of other age groups. Surprisingly, only 20% of people in the 60+ group clearly had a preference for time over money. 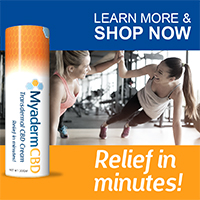 As for experiences and possessions, it was a similar case, with the 20-29 year and 30-39 year groups having the highest preference for experiences. This is not surprising, and it’s a widely known millennial attribute to seek powerful experiences like travel, music festivals, sports, and live events over buying new material possessions such as furniture or a new car.

How do people from different countries approach the same survey questions? 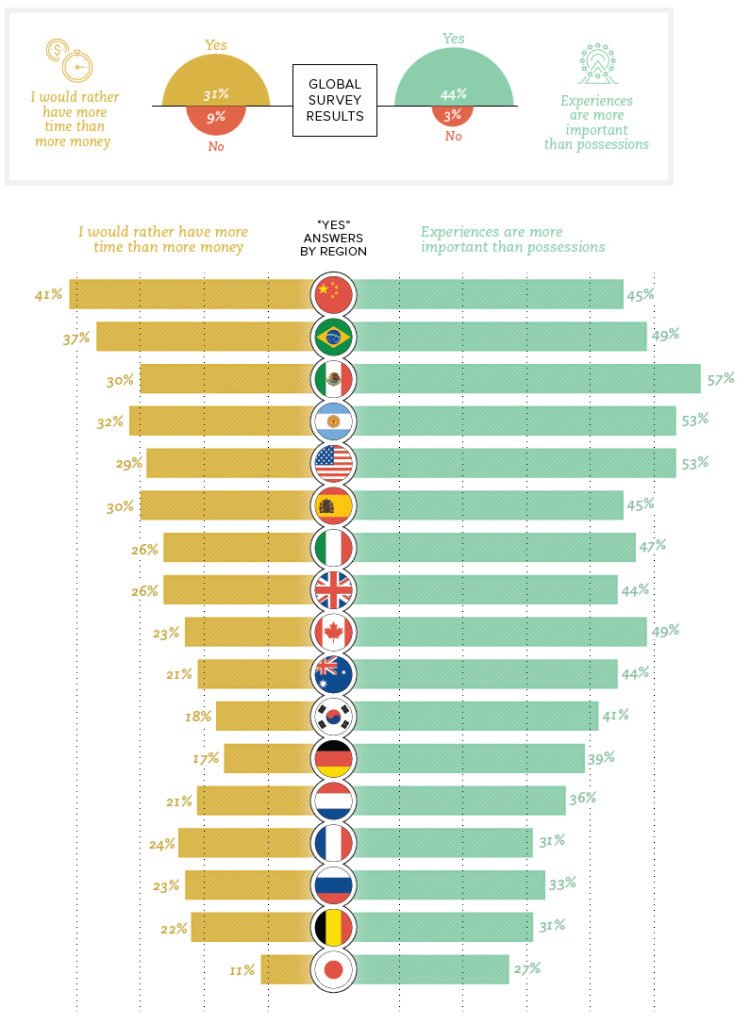 The international chart reveals some interesting differences about the perceived value of time and money.

Another interesting cultural difference: countries in Latin America tend to see experiences as far more important than the rest of the globe. Mexico (57%), Argentina (53%), and Brazil (49%) all were well above the global average of 44% for choosing experiences over possessions.