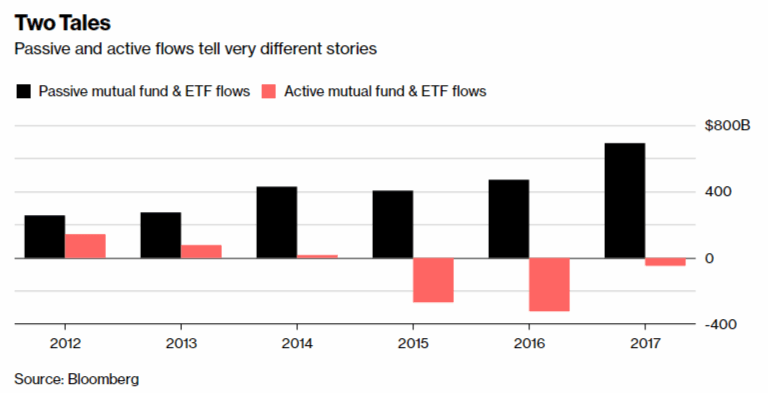 Here’s a great article at Bloomberg that discusses the changing landscape for active investors. The article reports that more and more active managers are moving to smaller, more focused portfolios. The logic behind the shift is that a smaller, more focused portfolio is more likely to achieve outperformance as it deviates away from the so-called ‘benchmark hugging’ style portfolios which are filled with a much large number of holdings.

Here is an excerpt from that article:

In a world where almost nothing seems capable of halting the spread of passive investing, active managers are looking for a lifeline.

Institutional investors are raising their allocations to so-called focused strategies — defined as portfolios holding 50 names or fewer — and distributors are increasingly recommending them to clients, according to a study released by Greenwich Associates in conjunction with Fred Alger Management Inc. Plus, for both large- and small-cap funds, they overwhelmingly believe this is the optimal way to deliver performance.

“It’s indisputable that passive has gained momentum in the marketplace,” said Jim Tambone, Alger’s chief distribution officer. “Passive has essentially created a floor for returns. In other words, you must beat passive or you don’t survive.”

Total assets in index-based passive strategies in mutual funds and exchange-traded funds have swelled to $6.8 trillion from $2.7 trillion five years ago, according to Morningstar. Roughly a third of U.S. assets are now invested this way, but the percentage is rising fast as cash increasingly flows out of active funds and into passive vehicles. That growth has become a looming shadow over active managers, who are pressured to beat benchmarks and cut costs.

Take a look at the numbers in the Greenwich-Alger study, which was conducted from September to November of last year. Of the 91 “key decision makers” questioned, more than half of the institutional investors said they’d increased their allocations to focused strategies in the previous 18 months, and the same amount expected their interest to grow over the next two years. For intermediaries, about a third upped their contributions to smaller strategies, and more than 60 percent expect their enthusiasm to rise. 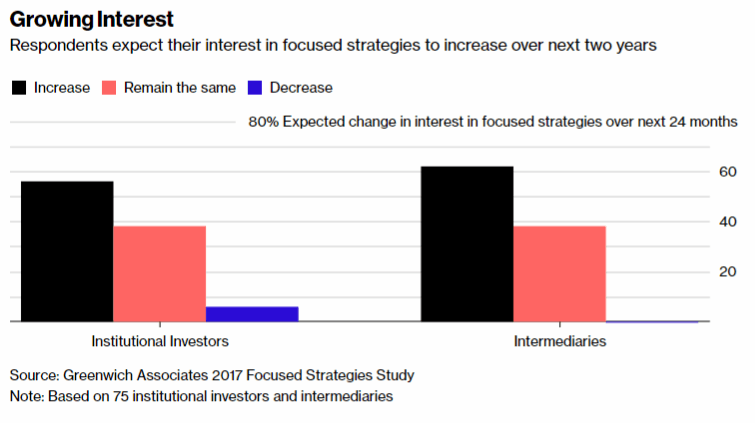 The logic behind the shift is that these tightly focused portfolios hold the stocks the investment managers most believe in, which will induce outperformance. In addition, these smaller groups should deviate further away from indexes than so-called benchmark huggers, which have large holdings that all but match the index they’re chasing. If the strategies are more differentiated — what asset managers call “active share” — they also should have a better chance of outperforming passive indexing. Or so the thinking goes.

“Your probability of outperforming the market is going to be much greater with 10 stocks than with 1,000, because once you’re at 1,000 you’re essentially the market,” Tambone said. “I want high conviction, and I need to have high active share, and if I have high conviction and high active share, there’s a better probability I’ll have a tracking error that I’m looking for. And when I combine those three data points, I improve the probability that I’ll have high alpha.”

You can read the entire article at Bloomberg here.

For more articles like this, check out our recent articles here.