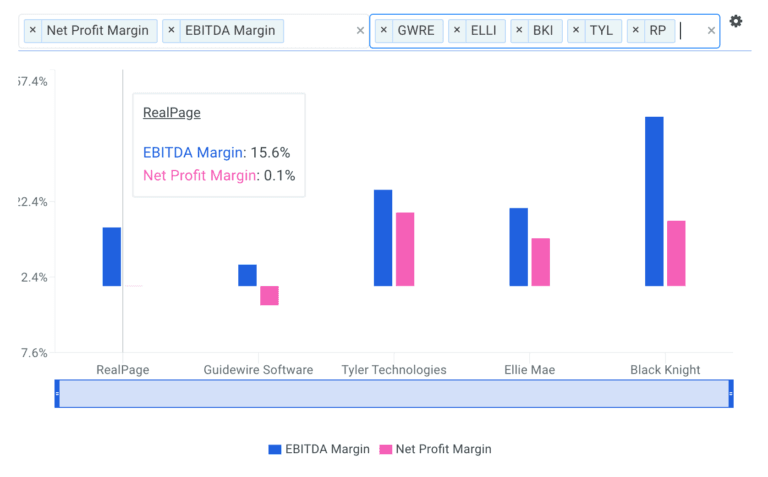 New form 4 filings with the SEC have revealed that RealPage insiders have been selling large quantities of stock since September. With shares up 31.8% in the last six months, it’s worth taking a closer look at whether it’s time to exit.

A number of top executives and investors have been selling shares of RealPage (Nasdaq: RP) according to filings with the SEC including Stephen Winn (Chairman & CEO), Seren Capital (10% owner), David Monk (EVP) and others. Total insider selling has totaled $138.2 million since September which is approximately 3.1% of RealPage's total market capitalization. Not an insignificant amount.

Note that Stephen Winn is the sole manager and president of Seren Capital. Mr. Winn's sales were also effected pursuant to a Rule 10b5-1 trading plan. However, selling nearly $140 million worth of shares since September is a fairly large figure relative to the company's total equity value.

Why Are Insiders Selling Shares?

EBITDA margin or Earnings before Interest, Taxes, Depreciation and Amortization margin measures the portion of revenue a company converts to earnings. It is a strong measure of a company's pricing power and capital efficiency. All else equal, companies with higher EBITDA margins command higher valuation multiples.

Net Profit Margin is defined as Net Income / Total Revenue. All else equal, companies with higher profit margins command higher valuation multiples. RealPage's net profit margin of 0.1% is also below the majority of its peers.

Return on Equity (ROE) measures a company's profitability in relation to the book value of Shareholders' Equity. ROE is a measure of how effectively management makes investments to generate earnings for shareholders. RealPage's ROE of 0.1% is below the majority of its peers as illustrated in the chart below. 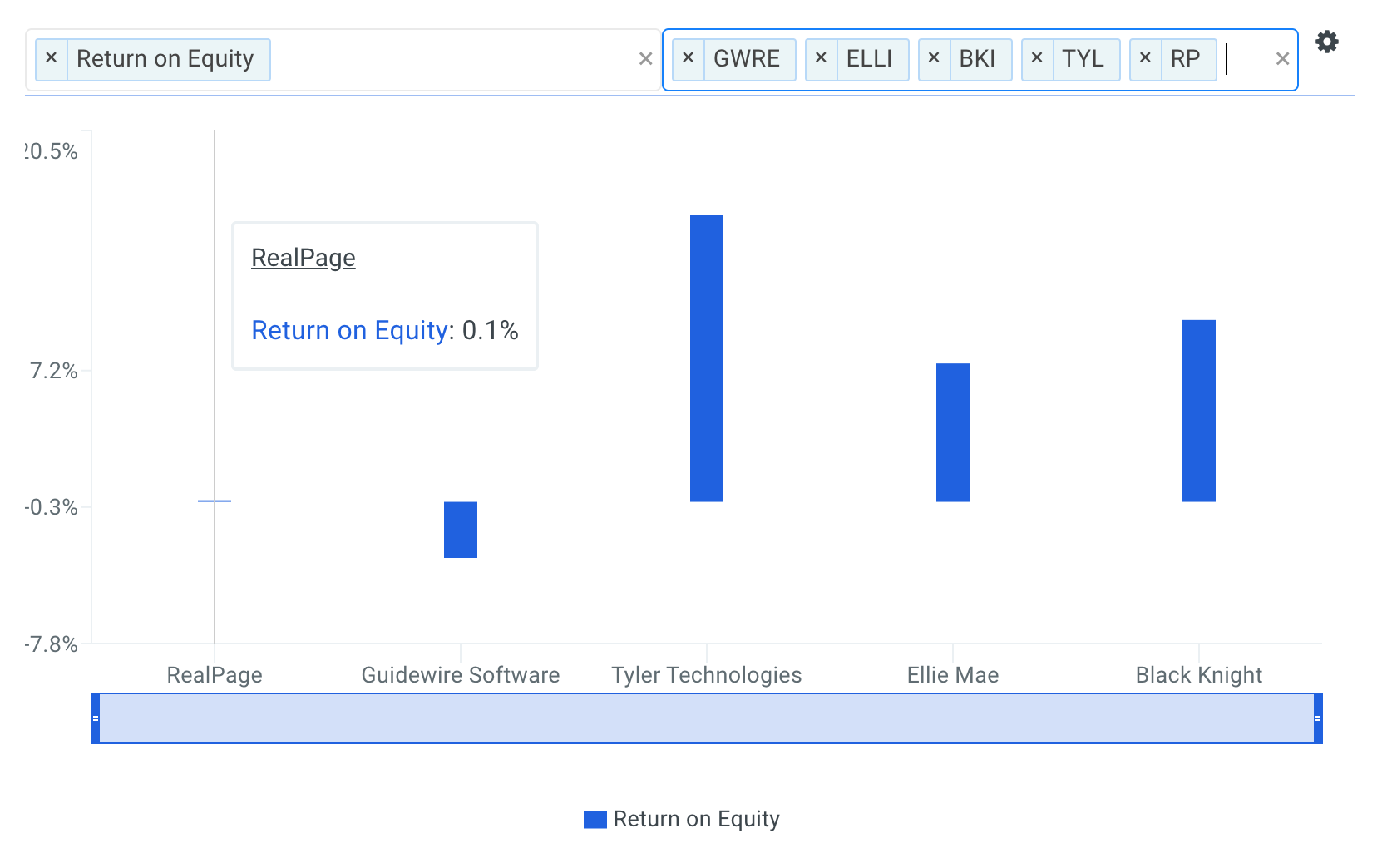 RealPage's management appears to be underperforming relative to peers in terms of operating margins and shareholder returns.

The company's shares last traded at $52.75 as of Thursday, up 46.1% over the last year and near its all-time high. While the stock has made impressive gains, the recent insider transactions could signal a troubling road ahead for shareholders. 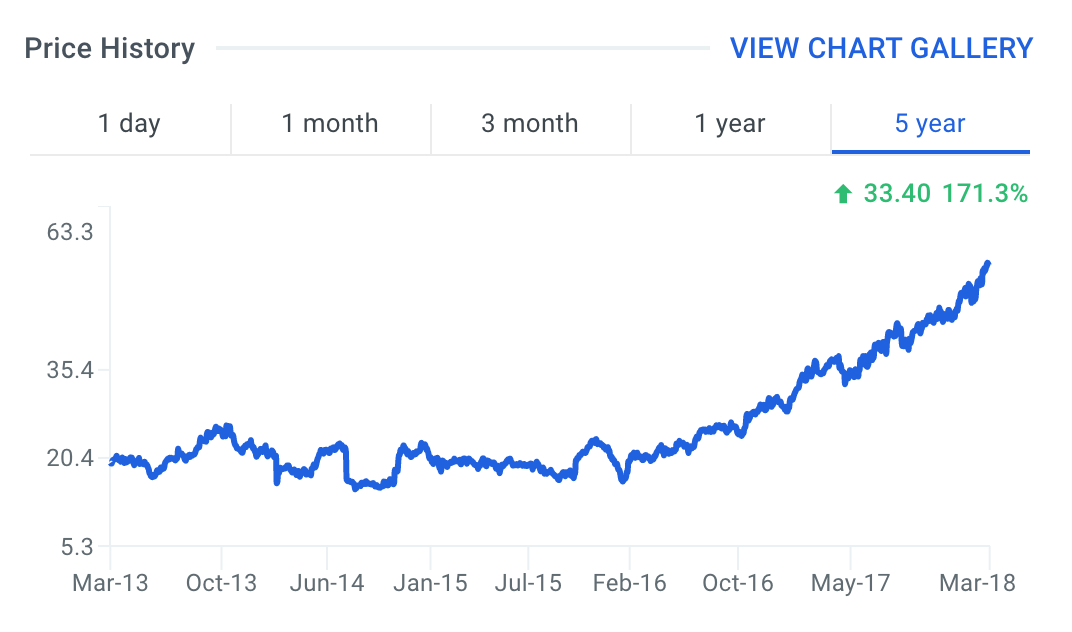 In addition, a number of finbox.io's valuation analyses calculate an average fair value estimate of $43.73 per share. This implies -17.1% downside and is calculated from 7 valuation models as shown in the table below. Each analysis uses consensus Wall Street estimates for the projections when available.

While individual buys and sells among insiders is not necessarily noteworthy, a major trend in buying or selling by corporate insiders could provide useful insights into the future prospects of a company. It certainly appears noteworthy as a number of RealPage insiders are selling shares. Investors may want to take a closer look.