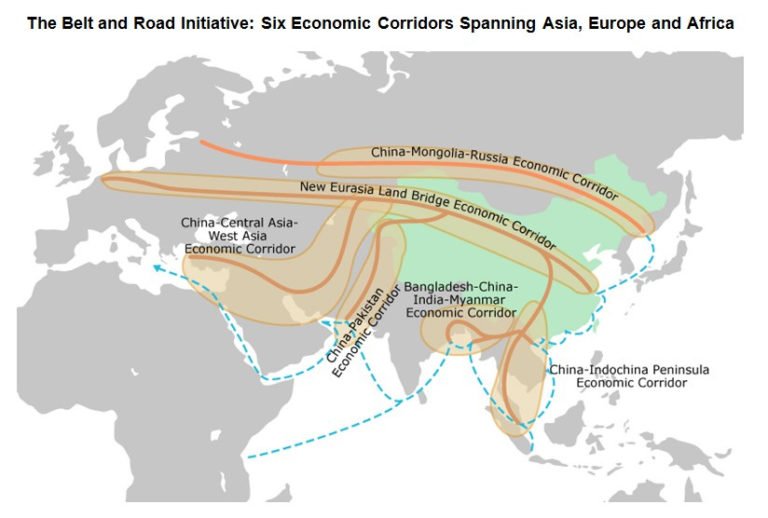 Costing between $4-8 trillion and affecting 65 countries, China’s ambitious One Belt, One Road (OBOR) initiative is the granddaddy of all megaprojects.

By the time of it’s estimated completion in 2049, OBOR will stretch from the edge of East Asia all the way to East Africa and Central Europe, and it will impact a lengthy list of countries that account for 62% of the world’s population and 40% of its economic output.

The tangible concept behind OBOR is to build an extensive network of infrastructure – including railways, roads, pipelines, and utility grids – that help link China to the rest of Asia, as well as Africa and Europe.

This multi-trillion dollar project will fill the infrastructure gap that currently inhibits economic growth potential on the world’s largest continent, but it has other important objectives as well. By connecting all of these economies together, China is hoping to become the gatekeeper for a new platform international trade cooperation and integration. 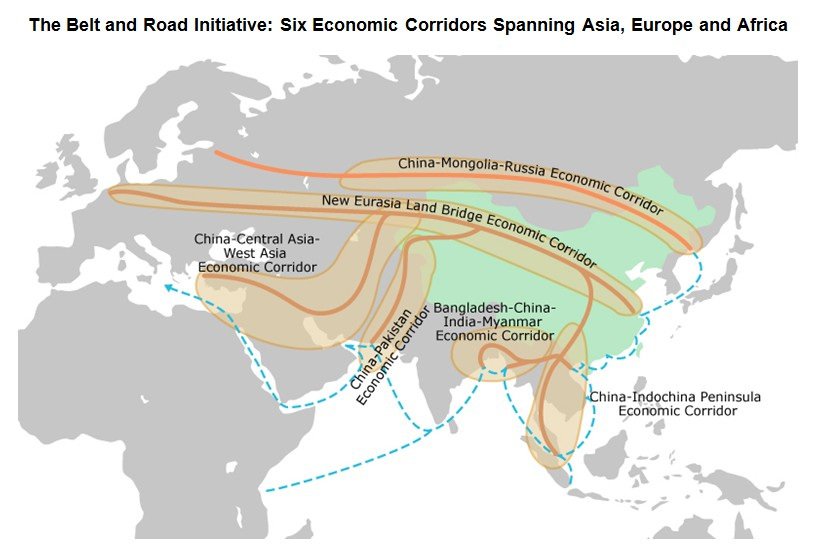 But that’s not all: if China’s economic corridor does what it’s supposed to, the countries in it will see more social and cultural links, financial cooperation, and a merger of policy goals and objectives to accomplish.

Naturally, this will expand the clout and influence of China, and it may even create the eventual scaffolding for the renminbi to flourish as a trade currency, and eventually a reserve currency.

One Road or Roadblock?

When billions of dollars are at play, the stakes become higher. Although some countries agree with the OBOR initiative in principle – how it plays out in reality is a different story.

Most of the funding for massive deep-water ports, lengthy railroads, and power plants will be coming from the purse strings of Chinese companies. Some will be grants, but many are taking the form of loans, and when countries default there can be consequences.

In Pakistan, for example, a deep-water port in Gwadar is being funded by loans from Chinese banks to the tune of $16 billion. The only problem? The interest rate is over 13%, and if Pakistan defaults, China could end up taking all sorts of collateral as compensation – from coal mines to oil pipelines. 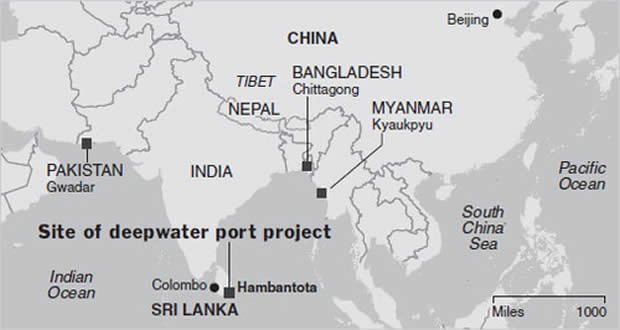 Meanwhile, Sri Lanka was unable to pay its $8 billion loan for the Hambantota Port. In the middle of 2017, the country gave up the controlling interest in the port to a state-owned company in China in exchange for writing off the debt. China now has a 99-year lease on the asset – quite useful, since it happens to be right in the middle of one of China’s most important shipping lanes to Africa, the Middle East, and Europe.

While most economies in Asia are willing to accept some level of risk to develop OBOR, there is one country that is simply not a fan of the megaproject.

India, a very natural rival to China, has a few major qualms:

Meanwhile, with neighboring states such as Sri Lanka and Pakistan getting billions of dollars of investment from Chinese state-run companies, it likely creates one more issue that Indian Prime Minister Modi is not necessarily happy about, either.