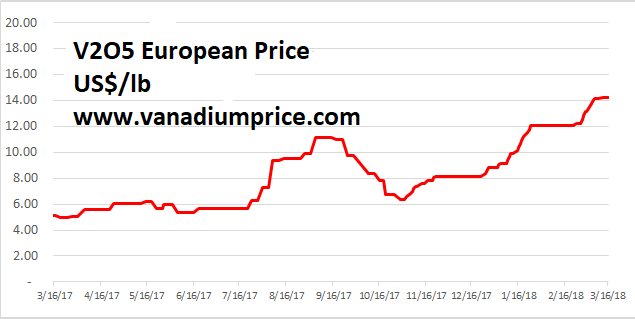 This electric metal gem is up 55% in 2018 and investors have hardly noticed.

After the Bank of Montreal’s star analyst published bullish research notes on vanadium in January (2018), the price of vanadium pentoxide (v2o5) went up another 55%. That made it the best-performing electric metal, surpassing cobalt and lithium by a wide margin. 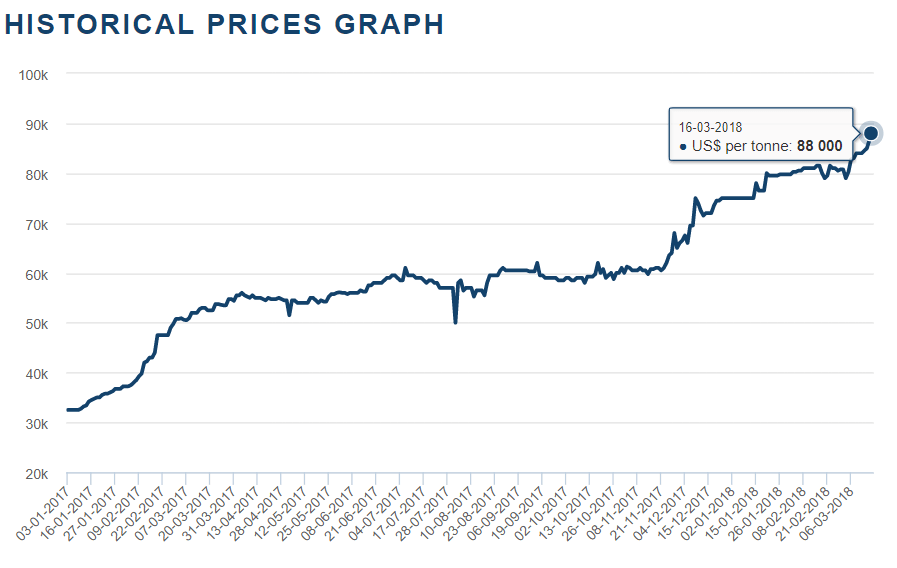 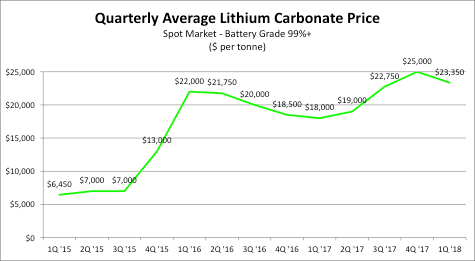 Vanadium is used in redox flow batteries, which are superior to lithium batteries in storage capacity, discharge duration, and battery life. I have written extensively about this.

When Robert Friedland Talks Vanadium, I Pay Full Attention May 2017

Vanadium and lithium are comparable in unit price and annual production. 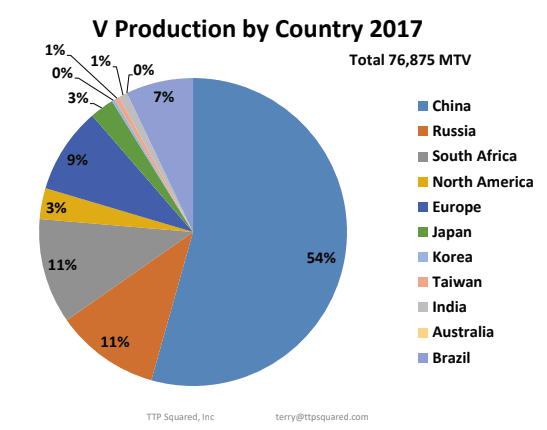 The following January BMO note is as relevant today as it was in January.

“We see a situation where over the coming months Chinese exports of ferrovanadium could drop sharply on the back of increased domestic demand and raw material constraints.

Chinese vanadium supply is also under pressure. As with many other commodities, China's vanadium mine supply has already been impacted by more stringent environmental monitoring. Moreover, as of January 1 this year imports of vanadium slag have been banned, cutting ~6% of China's raw material supply.”

According to following notes by Metal Bulletin on March 14, the European and US vanadium markets surged on significant supply concerns:

“Major domestic V2O5 producers reported no cargoes to sell in spot market, and ferro-vanadium producers raised prices and are selling in small amounts.”

While lithium and cobalt mining stocks have been benefiting from an investor frenzy, the valuation of vanadium mining companies has been laggard.

Prophecy (TSX: PCY, OTCQX: PRPCF), of which I am the executive chairman, is developing the Gibellini vanadium project in Nevada, USA. Gibellini has independently verified vanadium resources in the ground, and Prophecy aims to make Gibellnii the 1st vanadium mine in North America. My recent radio interview about Gibellini and the vanadium market can be heard here.

Anthony Milewski is a managing director at Pala Investments Ltd. in Switzerland. He runs one of the few funds investing in battery metals. He made these comments in a January 2018 Bloomberg interview:

“I don’t think anyone would dispute that it’s superior to lithium-ion in large-scale grid applications.”

The Chinese government is promoting the technology. Among the projects under construction is a backup power facility in Dalian. It will be twice the size of Tesla’s plant in Australia.

The industry also lacks a high-profile champion such as Elon Musk. “Vanadium flow has yet to have its Tesla moment, and therefore it still flies under the radar,” Milewski said.

To me, with vanadium making new eight-year highs daily, the vanadium story may soon be too compelling to ignore.