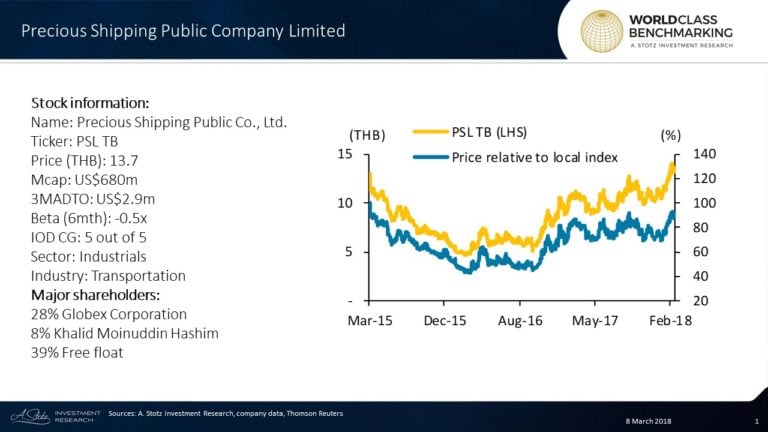 Precious Shipping Public Company Limited is a dry bulk ship-owner. PSL operates since 1989 and is also involved in complementary activities to ship owning and chartering. These include port development and ship management.

The main service provided by PSL is ship chartering for commodity freights. The company’s fleet size stands at 36 ships with a total capacity of 1,585,805 Dead Weight Tonnes (DWT). The average age of ships is 6 years old. 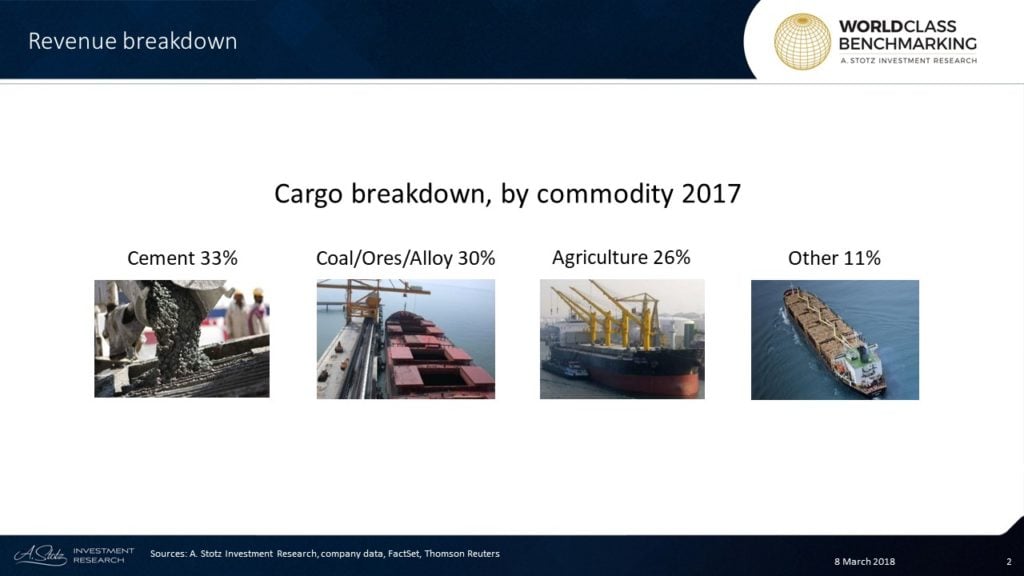 Most of the company’s operations take place in Asia, with a few leases in other areas. PSL is also lightly involved in complementary activities to ship owning and chartering, such as port development and ship management.

The Baltic Dry Index (BDI) bottomed out in February 2016 and has since been on an upward trend. This should further be supported by China’s shutdown of coal mines and import of iron ore.

Thira Wipuchanin has served as the independent chairman of PSL since the year 2000. He is also the Chairman of United Palm Oil Industry Public Company Limited (UPOIC TB) and an independent director of Siam Makro Public Company Limited (MAKRO TB). He received his B.Sc. in Economics and Business Administration from University of Wisconsin, US. In addition to his education and experiences, he has also received training and certification from the Thai Institute of Directors. 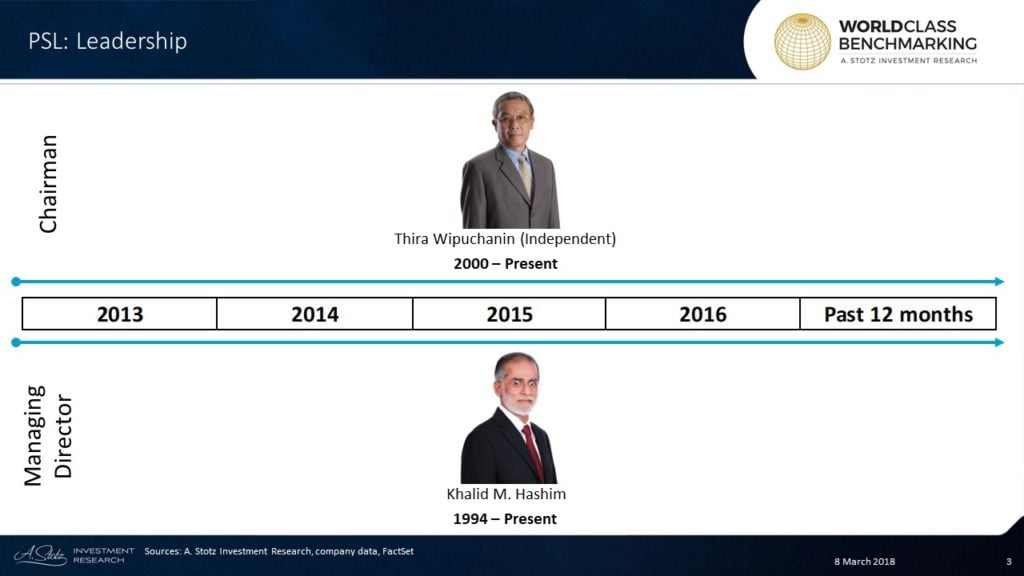 Khalid M. Hashim has worked for PSL since 1991 and was appointed as the Managing Director in 1994.  He also holds directorship in 60 subsidiaries of PSL and owned 8.43% of the company’s shares as of December 2017.  He completed his Master’s Degree in Management Studies at the University of Bombay, India.

Since 2013, Profitable Growth has been among the worst relative to 1,390 medium-sized Industrials companies worldwide.

Profitability exhibit the same trend as Profitable Growth while Growth has improved to a great ranking in the past 12 months. 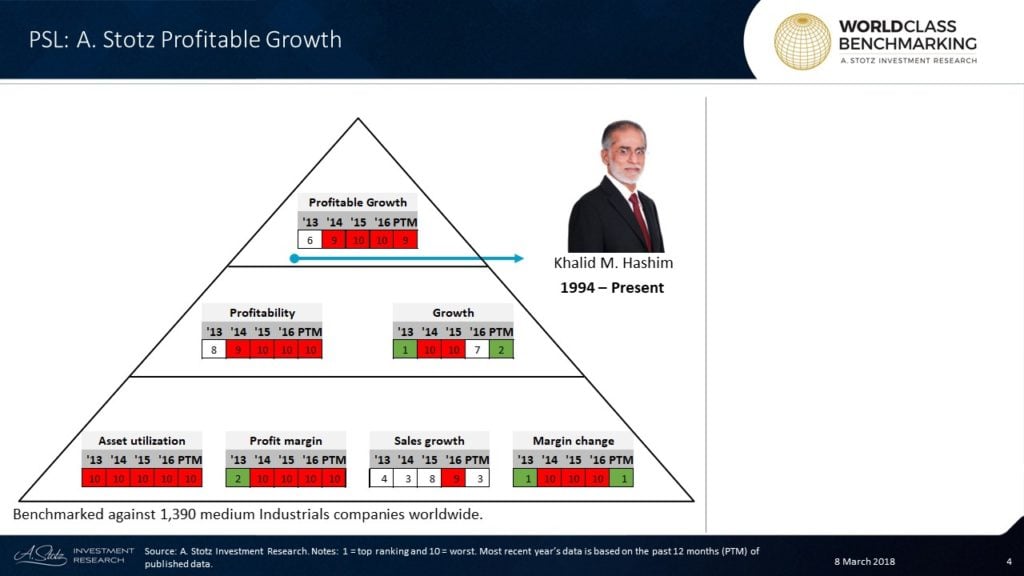 Both Asset utilization and Profit margin have consistently ranked at #10 since 2014.

Sales growth and Margin change have seen a downward trend in 2015 and 2016 but have recovered to be among the best in the past 12 months with Margin change showing more extreme changes in comparison to Sales growth.