ValueWalk
Home Book Reviews The Heart Of The Matter

I came across a book titled The Matter of the Heart by Tom Morris that is a great history of the medical accomplishments and advances for the human heart. Mr. Morris details eleven operations and their evolutionary success over the course of the book. What amazed me in his book is how the practitioners had to take risk and balance benefits at levels other weren’t comfortable with. This duress is not dissimilar to the pressure the markets place on the oversight of an investor’s capital. His stories have powerful implications for how we can look at other fields of study. It affects how sentiment can ebb and flow, while creativity, entrepreneurialism and passion grind on to a brighter future.

Modern day investing, as we know it, has been going on for a couple hundred years. The study of the heart and blood has been followed in various ways for the last 1800 years. One particular issue that was an acute problem until the 18th century was aneurysms. An aneurysm is a weakness in a blood vessel that causes swelling. This swelling can cause hemorrhaging that is lethal to a person.

Prior to the 1780’s, doctors might seek out the “accepted” forms of treatment at the time for aneurysms. Bloodletting was a common way to try to cure the body’s humors. It was, in essence, a way of letting bad blood out to release pressure. As Morris puts it, “It was often used in cases where the heart seem to be under strain: doctors reasoned that reducing the amount of blood in the body was a simple way to reduce its workload.”

The bloodletting of our day is the move to passive investing. Earlier in history, no doctor could lose his ability to practice by recommending this as a medical option. No financial professional can lose their license by recommending clients go to passive. This is nothing greater than a recommendation to agnostically allocate capital to what is generally believed to be market equity risks. We can just hear the doctors saying “Why not bloodlet? It’s what everyone else does.”

Bloodletting was completely accepted though there was no proof that it helped the patient or, in our case, the patient investor. In a piece written by Diana Burton of MFS titled “Does Active Produce Better Investor Behavior?”, Ms. Burton brings up the Dalbar studies showing whether today’s form of bloodletting is providing the answers wanted.

Here is what we want investors to take away from this. At best, based on Dalbar’s work, passive as today’s form of bloodletting shows spurious results for the underlying patient. What do we draw from Dalbar’s work? In the 15-year period, there were touches of two bear markets. Investors weren’t helped by the passive vehicle. Secondly, the longer the duration of investing, the greater the benefit of active versus passive. No one is really investing for a three-year time period, unless they are caught in a frenzy of foolishness. Without a bear market in the recent past, passive’s advantage could be nothing more than a placebo effect.

Just because you change the vehicle, doesn’t make humans become better investors. They will always pour money in at tops and pull it out at lows. This form of bloodletting seeks the same outcome to that of old: to reduce pressure and reduce the workload on the investor or professional. This will be done without care for the businesses they own and with no communication on why to stay invested.

Another accepted practice for doctors with aneurysms was to remove not just the ailing vessel, but to also remove everything with it. The popliteal artery is an artery in the leg where patients were afflicted by aneurysms. Rather than just deal with the blood vessel itself, “Many surgeons preferred to amputate the leg, which Hunter thought a grotesque admission of failure.” John Hunter in the 1780’s sought to not practice these “grotesque” forms of medicine by suturing the blood vessel above the aneurysm to cut off the blood flow for the swelling. After some time for healing, the patients would be able to go back to life as it was before the ailment. The interesting part of Hunter’s technique is that it was originally used in the Second Century AD by the Greek surgeon Antyllus, but hadn’t been followed on by others until Hunter’s work.

The move of institutional investors away from publicly-traded securities looks “grotesque.” Because they didn’t have large amounts of success in the public equities the last 10-15 years, they have instead chosen to amputate the asset class. Below is a chart highlighting the most recent dollar-weighted asset allocation of these college and university endowments in the NACUBO study. The average 10-year return for these institutional investors from June 30, 2007 to June 30, 2017 was 4.6%. In comparison, Vanguard’s balanced fund produced 6.41% during the period. Their ownership of alternatives was less than ten percent 15-20 years ago. Total equity ownership was 70 percent more than today’s equity allocation. Once again, amputating equities didn’t help these investors. Amputating the leg didn’t improve the patient’s life either. 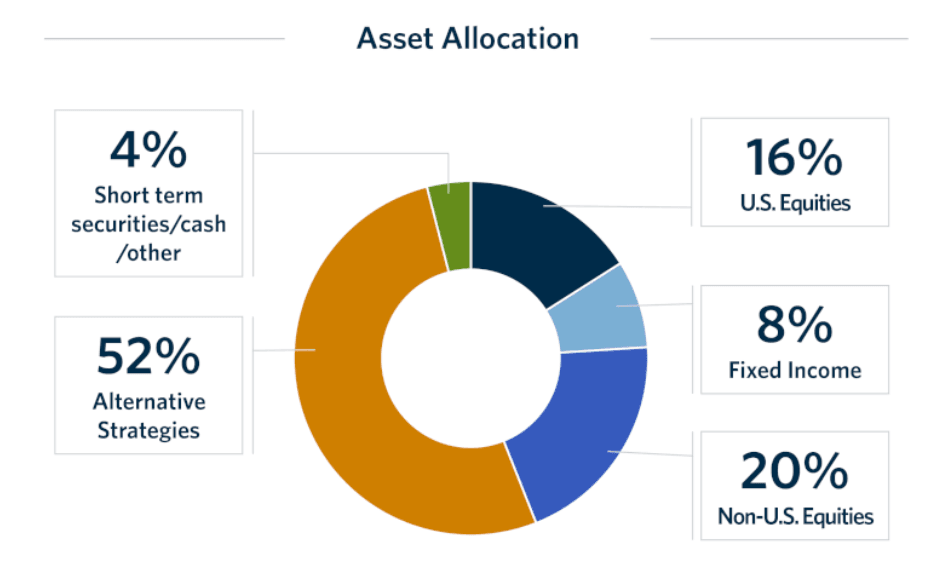 Unlike Hunter’s situation, we don’t have to look back to the 2nd Century AD to find other investors that we can follow. We have a myriad of investors that provided evidence of success in their investing. Peter Lynch, in his book One up on Wall Street, taught investors about the various lenses that he used to look at businesses. His most important maxim was “Invest in what you know.” During his 40-year tenure, Sir John Templeton used the “maximum point of pessimism” as his ally and brilliantly highlighted the importance of psychology. Both of these investors caused success to take place for their clients. The other point that we would like to highlight as it pertains to the field of investing is that there were many other people in the operating room with them to witness what was taking place. Their clients, colleagues and the media were there to report to the investment marketplace what was happening.

Mr. Warren Buffett, in our minds, is a doctor that has produced a strong track record for his investors, but has insisted on performing his surgeries with no one in the operating room other than his Vice Chairman Charlie Munger. Hunter’s procedure was documented so that others could easily follow his procedural solutions and appliances in the future rather than be the lost works of Antyllus in the sands of time. Mr. Buffett’s work is marveled by many, but there is little criterion that is talked about in a meaningful way to explain what is going on surgically in Berkshire Hathaway’s current activities. We say this because society has benefited from the works of Hunter, and others, just as much as it has from Lynch and Templeton. A much narrower group of people have benefitted from Buffett’s work with him taking the lion’s share of that benefit.

To bring this all together, we believe investment markets are ripe for stock picking. Think about it like this. The greatest investor of all time is being cryptic in how he approaches today’s investment markets and few will be able to benefit from what he is doing. To add insult to injury, he has been on a two-year tour of recommending that investors bloodlet (index) their investments as a way to succeed, while he hoards the largest cash pile he’s ever had. All the while, large institutional investors continue to stand on one leg with their investment portfolios unprepared to benefit from public equities compared to their two-leg approach in the past. All of this spells opportunity for the style of investing that we seek in the portfolio and to provide to the field of investing. We at Smead Capital Management aspire to be a John Hunter, providing a better solution to society and those that follow us. Will financial professionals that moved their entire practice to bloodletting (indexing) be accepted when troubling markets arise?