A war continues to rage amongst finance professionals regarding the commonality of bubbles.  The problem is that present value relation can be interpreted as an identity. There are always discounts rate and cash flow forecasts that can justify any price. Therefore, a non-bubble story can always be constructed post hoc to explain any observed data. The question, therefore, comes down to how reasonable are the required discount rates and cash flow forecasts. That immediately suggests a laboratory environment in which information can be controlled.

The need for a controlled environment was not lost on Vernon Smith who designed a series of classic experiments for which he was awarded the Nobel Prize. It has been known at least since the work of Tirole (1982) that a critical source of bubbles are the beliefs of investors about the information and behavior of other investors. To examine, the potential impact this source, Smith controlled the information carefully in his classic experiments. Each of his experiments had 15 trading periods during which investors could buy or sell a security. The experiments were run in a double-auction setting in which the only source of cash flow from the security was a dividend paid at the end of each trading period. Every participant was told that the security pays a random dividend with four equally probable outcomes in each of the 15 periods and becomes worthless at the end of the experiment. Hence, the fundamental value for a risk-neutral trader is each period’s expected dividend times the number of remaining periods. Even though there is no asymmetric information, and every trader knows that there is no asymmetric information, there is vigorous trading and prices evidence bubble like behavior. More specifically, there is typically an initial boom phase that is followed by a period during which the price exceeds the fundamental value, before the price collapses towards the end of the experiment. A string of subsequent articles by Smith and others generalized the experimental environment and showed that bubbles still emerge after allowing for short sales, after introducing trading fees, and when using professional business people as subjects.

Smith’s results are virtually impossible to explain without an appeal to bubbles. The cash flow probability distribution is set and everyone knows what it is. Time discounting is irrelevant over the course of a two hour experiment. If there is risk discounting, it too should be constant over the life of the experiment. The fact that prices frequently boomed and collapsed reveals that even in this tightly controlled environment, participants were speculating about and trading on the beliefs of counterparty investors and the associated behavior of prices.

Despite Smith’s findings many financial economists dismiss his results as an artifact of the laboratory environment.  Such a conclusion seems odd, because Smith set up the experiments to reduce the likelihood that a bubble would arise.  For a real security, there is no common knowledge of the probability of distribution of future cash flows and there is no immediate horizon such as the end of the experiment.  In such a setting, it becomes much more likely that investors will speculate about and trade on estimates of the beliefs of other investor and the associated behavior of prices.  Or, to be more blunt, they will buy a security with the belief that they can sell it for more in the near future, independent of an assessment of the security’s fundamental value – that is they will attempt to ride the bubble.

So how do you decide whether in any particular case whether a sharp run-up in price is the result of a bubble or is due falling discounts rates and rising cash flow expectations. Quite frankly, there is no general solution. Indeed there cannot be one because it all depends on whether the changes in discount rates and cash flow expectations required to rationalized a price run-up are reasonable. That is why the war regarding the commonality of bubbles persists.

To examine a particular case, figure 1 plots paths of wealth for the CSRP market portfolio, Disney (arguably Netflix’s primary competitor) and Netflix for the period from January 1, 2015 to March 6, 2018. The run-up in Netflix is clearly extraordinary. The figure shows that during the period, the market advanced 36%, beating Disney that rose on 16%, but Netflix rocketed up 566%. The run-up occurred despite the fact that the stock price on January 1, 2015 already impounded a lot of expected growth – the P/E ratio at that time was 102.

So can discount rates and cash flow expectations explain the Netflix run-up without a bubble?  Discount rates do not work.  Changes in the risk-free rate or the equity risk premium would also have affected the market and Disney as well, but neither came close to matching the performance of Netflix.  It is possible that the beta of Netflix dove, but Figure 2, which plots the rolling six-month betas of Disney and Netflix, puts that hypothesis to bed.  The betas fluctuate quite a bit due to measurement error, but there is no observed tendency of the Netflix beta to fall, if anything the reverse is true.  In fact if any beta fell, it was that for Disney.  That leaves revision in cash flow expectations as the only possible non-bubble explanation.  Was the news during the period sufficiently positive that even from a starting point with a P/E of 102, it justified the price of Netflix rising by a factor of 6.66?  Our answer after reviewing all the news releases is no, but we recognize that our conclusion requires an interpretation of the news and interpreters can differ.  That is why the bubble wars continue.  However it is worth keeping in mind that a bubble does not have to be responsible for the entire increase.  Fundamental information likely explains part of the rise, but if it does not explain all the increase, what is the alternative to a bubble?  Saying it is “sentiment” is just another word for bubble – price increases that cannot be explained by fundamentals.

Netflix is admittedly an extreme example.  Run-ups of that magnitude are rare.  The problem is that for smaller run-ups, it becomes more difficult to distinguish bubbles from rational valuation changes due to changing discount rate and cash flow expectations.  Prof. Smith’s experiments imply that bubbles are common, but he had the luxury of knowing the fundamental value of the securities.  Without that information, and with the possible exception of extraordinary examples like Netflix, the bubble wars are likely to continue. 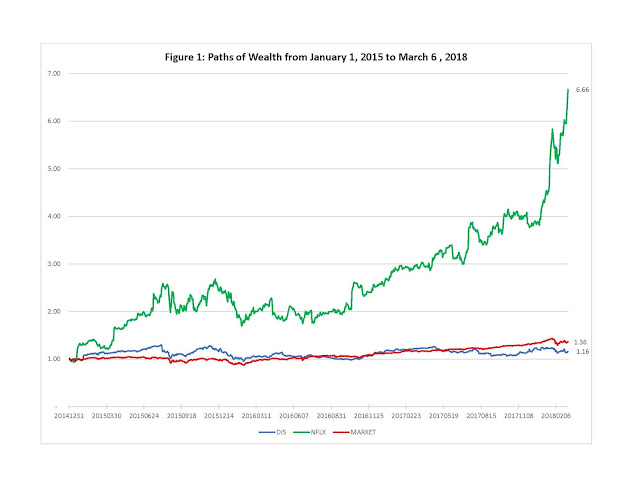 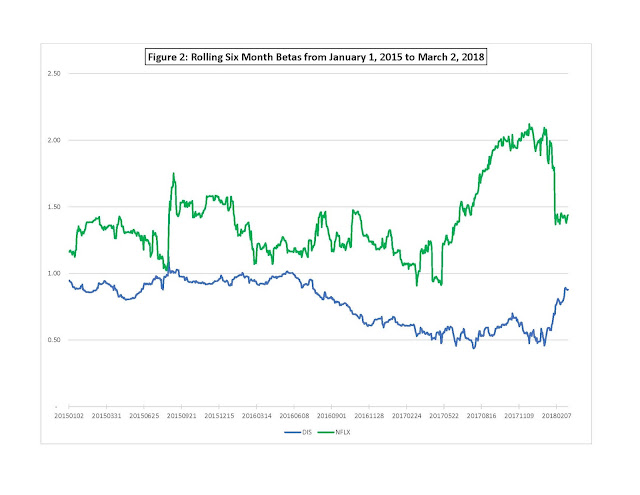