“A slave doesn’t want to be free. He wants to be slave supervisor.” – Gabriel Laub

Fees have been falling in the hedge fund industry 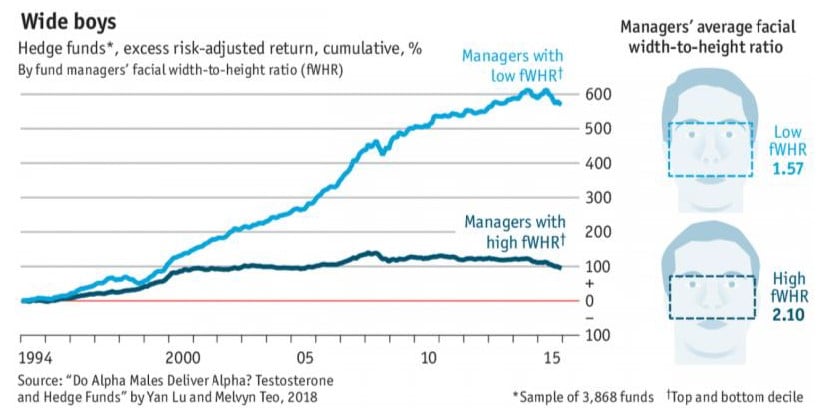 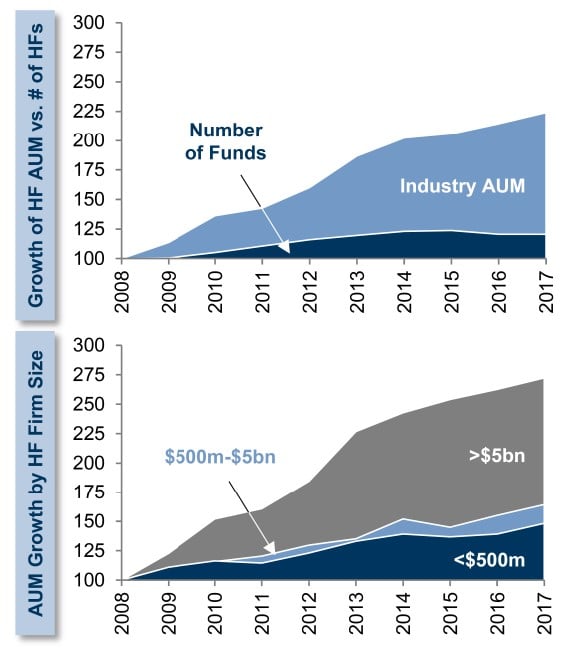 The role of hedge funds in investor portfolios 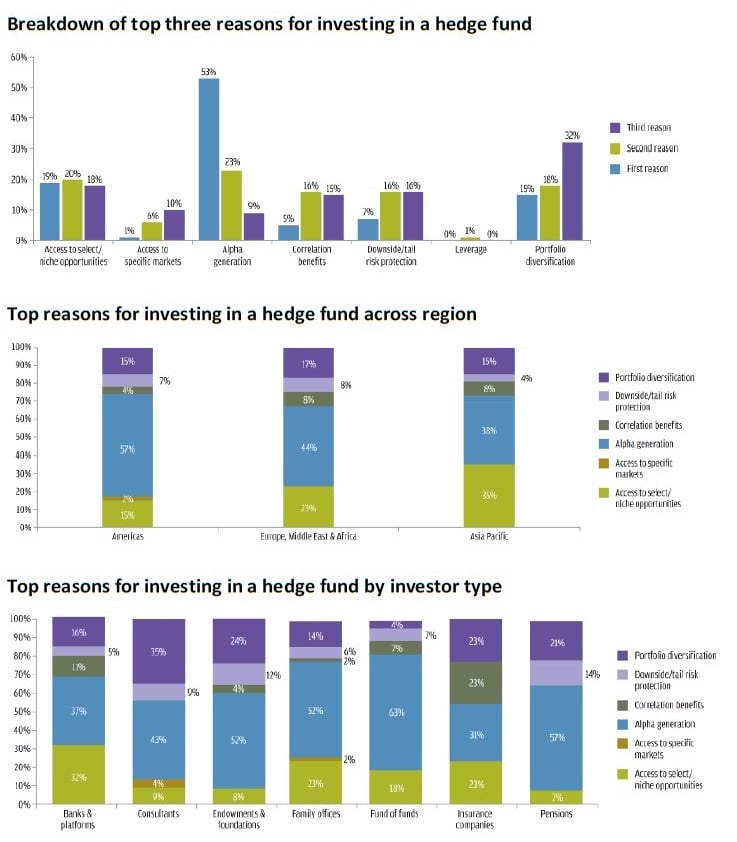 Risk management is now the top factor for investors 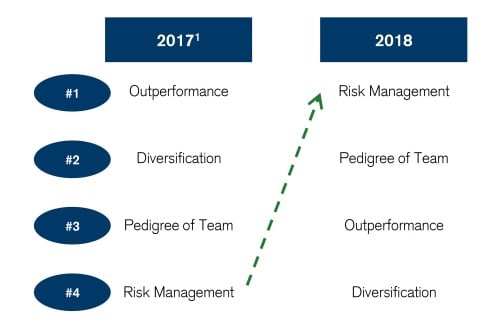 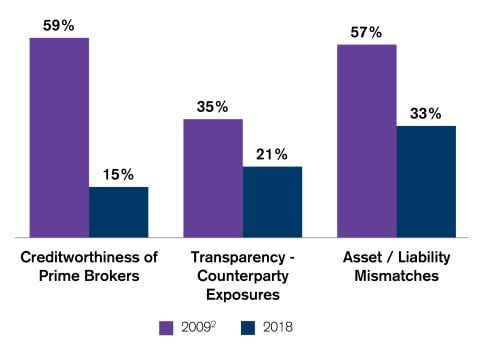 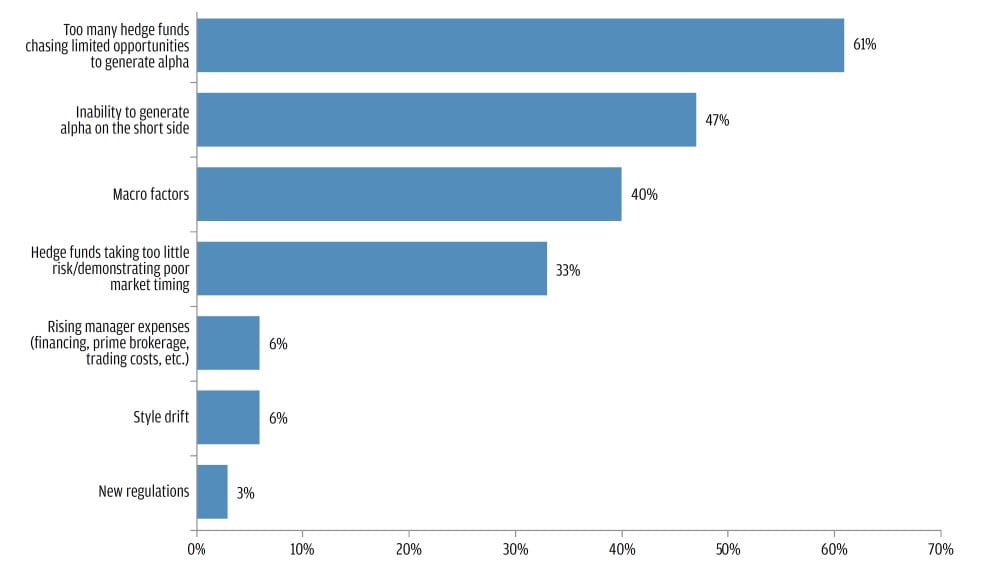 Hedge funds delivered more consistent returns than equities or bonds over the short and long term, says new research by data provider Preqin and the Alternative Investment Management Association. The two organizations looked at hedge fund performance relative to equities and bonds on a risk-adjusted basis over one, three, five and 10 years. Preqin and AIMA used the Sharpe ratio to represent risk-adjusted returns across more than 2,300 individual hedge funds, with a higher ratio showing a better gain.

"We already knew that 2017 was a good year for hedge funds, with 11% returns for the average fund and gains in every month of the year," said Jack Inglis, CEO at AIMA, in a statement accompanying the data. "But this new research makes an important contribution to the debate about hedge fund performance over the long term since it shows that hedge funds have produced consistent and competitive returns for the last 10 years."

The UK's asset management industry has "gone backwards" on gender representation, says the City grandee who last year co-led a govern-ment review into women in business. Speaking to the Telegraph, GlaxoSmithKline chair Sir Philip Hampton said that the sector needed to boost its efforts to attract more women after seeing earlier progress go into reverse.

"It should be one of the most gender-neutral industries you can think of – it's about analysis and judgment. But it's overwhelmingly male," he said. "It should be a sector where women feel comfortable and it isn't. It's one of those sectors that has gone backwards." He added that a failure to address the industry's own issues was reducing asset manager's own attempts to ensure greater diversity at board level among companies they hold. UK firms which employ more than 250 staff will have to publicly disclose their gender pay disparities by April this year. The finance sector is expected to be one if the poorest performing.

Abstract: We document that investors allocate more flows to hedge funds whose names exhibit gravitas - defined as a combination of words from geopolitics and economics, or suggesting power. The economic effects are relatively large: averaging across our models, adding one more word with gravitas to the name of the average fund brings more than a quarter million dollars more in quarterly flows. We also docu-ment that having a name with gravitas is associated with abnormal negative performance: high name gravitas funds have lower returns, al-phas, Sharpe ratios and manipulation-proof performance measures, higher volatilities and maximum drawdowns as well as higher probabili-ties of extinction than the funds with lower name gravitas. Although we find evidence that investors learn about the true investment abilities of their funds and respond less to gravitas as they do so, the chasing gravitas behavior survives all these controls. From the point of view of hedge fund managers, we document that funds with more name gravitas report to fewer databases, suggesting that giving the fund a "good" name serves as an alternative form of marketing. Finally, we show that our results are robust to a generous battery of additional tests, in-cluding corrections for potential endogeneity issues or for whether the fund only accepts qualified investors. 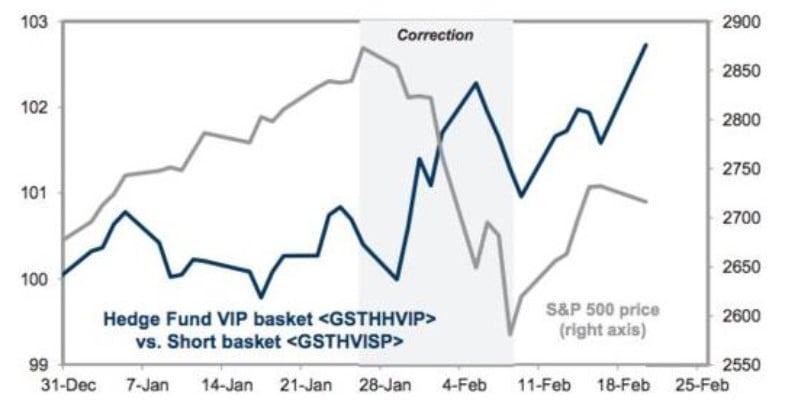