A new filing with the SEC revealed that Praesidium Investment Management sold the majority of its Progress Software Corporation (NASDAQ: PRGS) stake over the last two months.

On February 14th, Praesidium Investment Management filed its quarterly Form 13F regulatory filing. The filing showed that the investment firm held 4,328,476 shares of Progress Software worth $184.3 million as of December 31st. This was also the firm's largest stock position which represented 14.3% of its listed holdings.

The following table summarizes the firm's largest holdings as of December 31st:

However, a new filing this evening revealed that the investment firm sold 4,327,479 shares worth a total of $195 million over the last two months. This reduced Praesidium's position in the company to virtually 0%.

Progress Software's shares last traded at $44.41 as of Wednesday's close, down -8.3% over the last month but still up 51.6% over the last year. Could the recent selling activity signal a troubling road ahead for shareholders?

According to its website, Praesidium Investment Management is a value-oriented investment management firm based in New York City. The firm's strategy consists of performing "an intense, fundamental, grassroots research process on each potential investment to identify the key long-term business drivers of the company and its industry."

Return on Equity (ROE) measures a company's profitability in relation to the book value of Shareholders' Equity. ROE is a measure of how effectively management makes investments to generate earnings for shareholders. 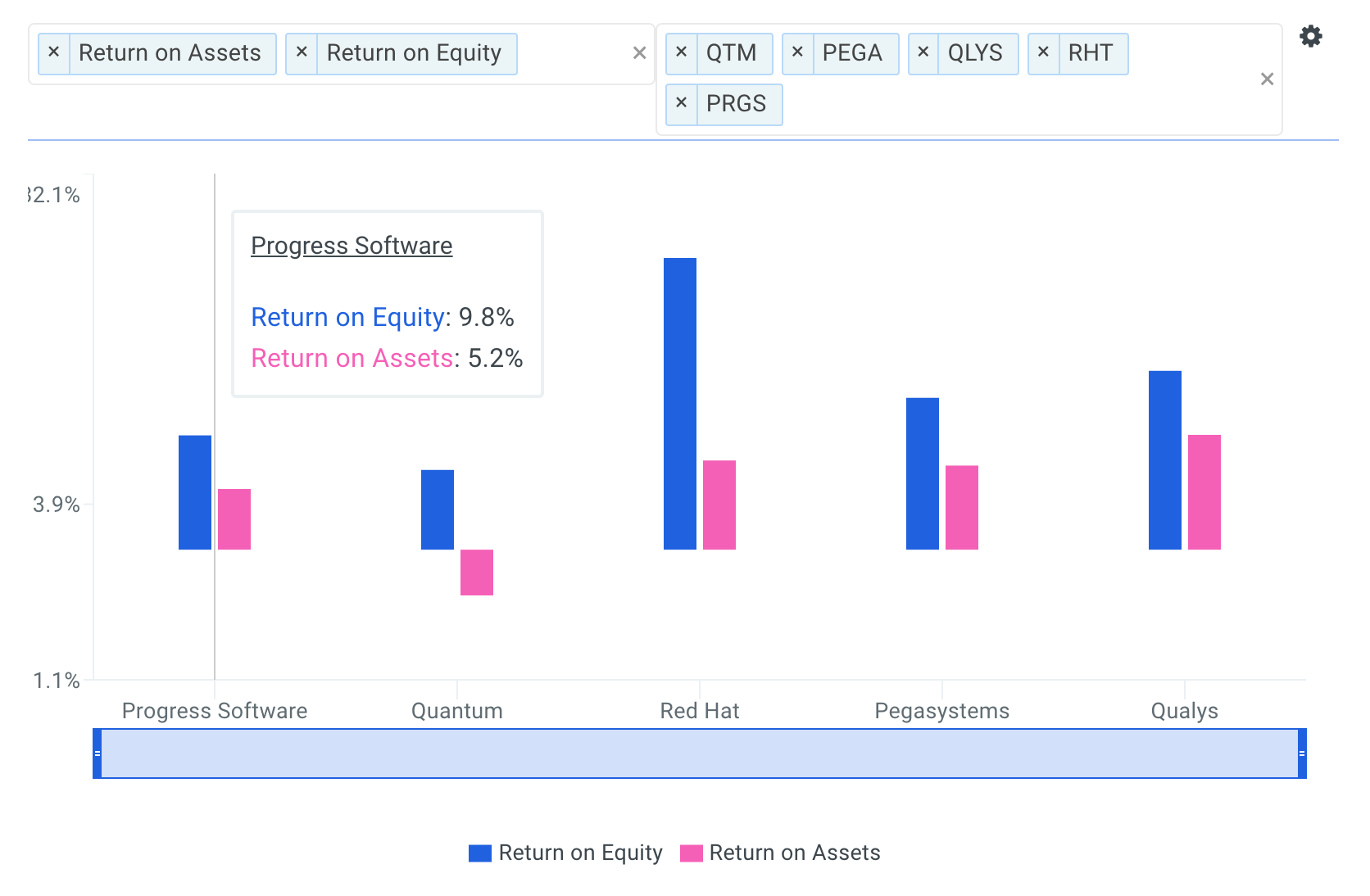 Another helpful metric is Return on Assets (ROA) which represents the dollars in earnings or Net Income a company generates per dollar of assets. ROA is typically used to gauge the efficiency of the company and its management at deploying capital to generate income for shareholders. In general, a higher return on assets suggests management is utilizing the asset base efficiently. Progress Software's ROA of 5.2% is also below the majority of its peers.

In addition, the company's top-line is expected to underperform this same peer group moving forward. Projected 5-year revenue CAGR is the average annual growth rate of revenue over a five year period. It's calculated as follows: 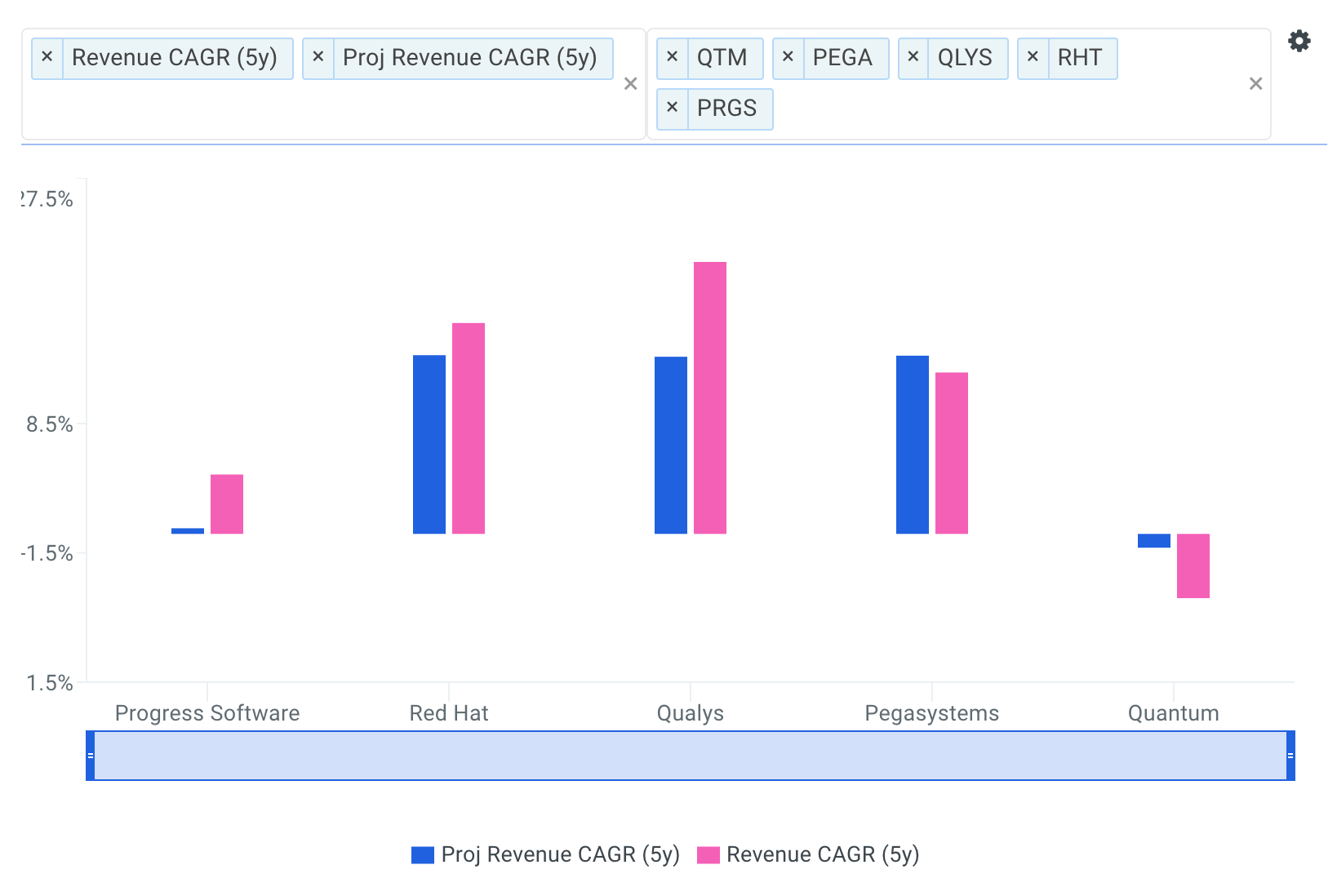 Note that the company's historical 5-year revenue CAGR of 4.6% is also generally below its selected peers.

Finally, a number of future cash flow models imply that the stock's overvalued. The median fair value estimate of $32.16 implies -27.6% downside and is calculated from 8 separate analyses as shown in the table above. Note that each model uses consensus Wall Street estimates for the forecast when available.

Even though Progress Software shares have traded lower over the last month, the stock is still way up from its 52-low and appears to be trading at a premium to its intrinsic value. This could be a reason why Praesidium virtually exited its position in the company. The firm's analysts may have looked at similar analyses as the ones above.