Update 2: Sprint has also started pushing out the update, which weighs in at around 1.3GB.

Update 1: Some Verizon users have confirmed the update brings along Device Maintenance functionality.

A new (and a major) update has started rolling out to Samsung Galaxy Note 8 units on Verizon’s network. Why we’re saying it’s a major update? Well, because it brings the much awaited Android 8.0 Oreo to the device.

A couple of users have shared screenshots of the update being installed on their device: 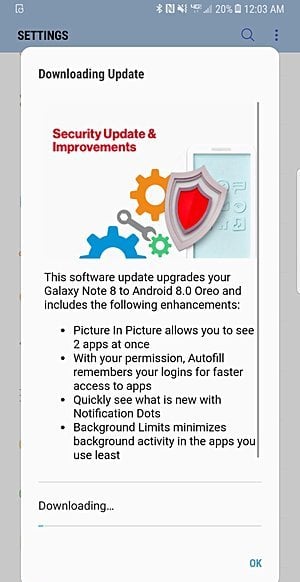 Meanwhile, those who’ve got the update can let us know in comments about their experience with Oreo on their device.

This article first appeared at Piunikaweb