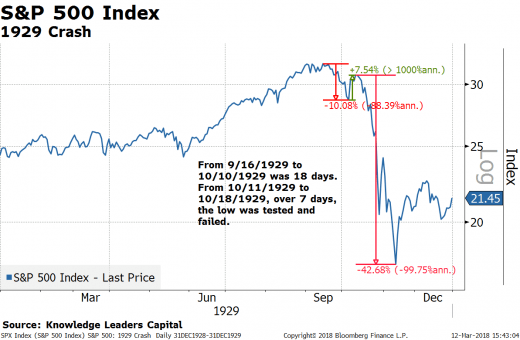 This is the time to be alert for any signs of a failure in the S&P 500. Why? There are two really good historical precedents to the current market configuration.

The set-up is as follows: stocks suffer a rather quick correction, bounce back, take out the previous lows and experience a waterfall decline. The period of time from the bounce-back high to a new low was seven days. If, over the next seven days, we drift lower and take out the 2581 low of February 8, history suggests this is a set-up for a waterfall decline. Through next Wednesday, it is time to be alert.