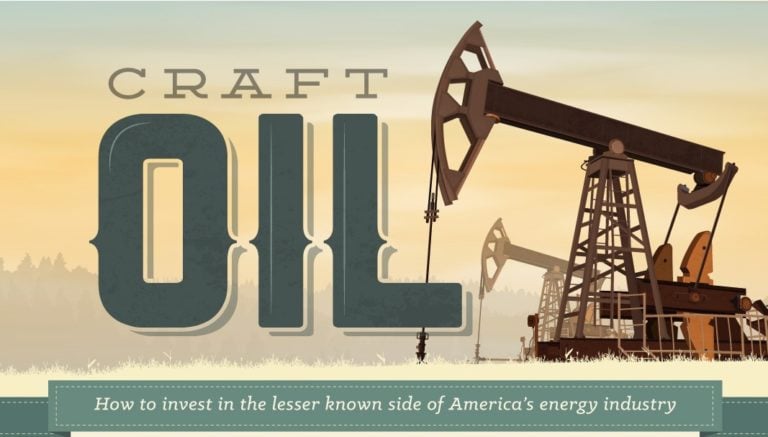 Go back a decade, and America’s energy industry was quite the hot button issue.

Oil prices were soaring past $100/bbl, the country was still reliant on OPEC for imports, and a lack of energy independence was becoming a costly issue. Meanwhile, the United States was being outclassed on the energy production front by both Saudi Arabia and Russia.

However, in the short span of eight years – and thanks to the use of technologies like horizontal drilling and hydraulic fracturing – the United States quickly went from having a questionable energy future to being in a clear position of strength. Today, even with lower prices, U.S. field production of crude is at a 43-year high.

Since 2016, the U.S. has produced close to the equivalent of 30 million bpd in oil and natural gas, making the United States a champion of global energy production.

Today’s infographic from Jericho Oil focuses on a key part of the turnaround in the U.S. energy sector that often gets overshadowed by Big Oil players like ExxonMobil or Royal Dutch Shell. It covers the role of “Craft Oil” in the industry, an umbrella that includes many small, independent, and focused companies across America that produce oil and gas on a domestic basis.

The thousands of companies in this group, many which are community-driven or family-owned, actually drill 95% of the country’s oil wells to yield 54% of onshore oil and 85% of onshore gas production.

Below is a comparison of ExxonMobil to the profile of an average Craft Oil company:

Most Craft Oil companies are very small in comparison – but together, they contribute to a very significant portion of U.S. production, as well as the economy.

Do these independent producers provide a strategic opportunity for investors?

Yes, but here are a few areas investors should consider evaluating before taking any action:

In the U.S. and Canada, independent oil companies undergo strong regulatory scrutiny to make sure their reporting and numbers give transparency to their operations.

How much does the company have in cash? Will they have to raise more money soon?

Companies operating in junior oil and gas should not have more than 2x more debt than their current cash flow.

The strength of any management team is linked to their connections, past experience, and skill set. If the management team has built and sold successful projects in the past, that is a good sign of strength.

Investors need to be aware of key metrics to gauge if junior oil and gas companies can make money in the current or projected cost environment. These include IRR (Internal Rate of Return), NPV (Net present value), and payback period. Companies that make their money back fast and with a good return can re-invest that capital into additional projects.