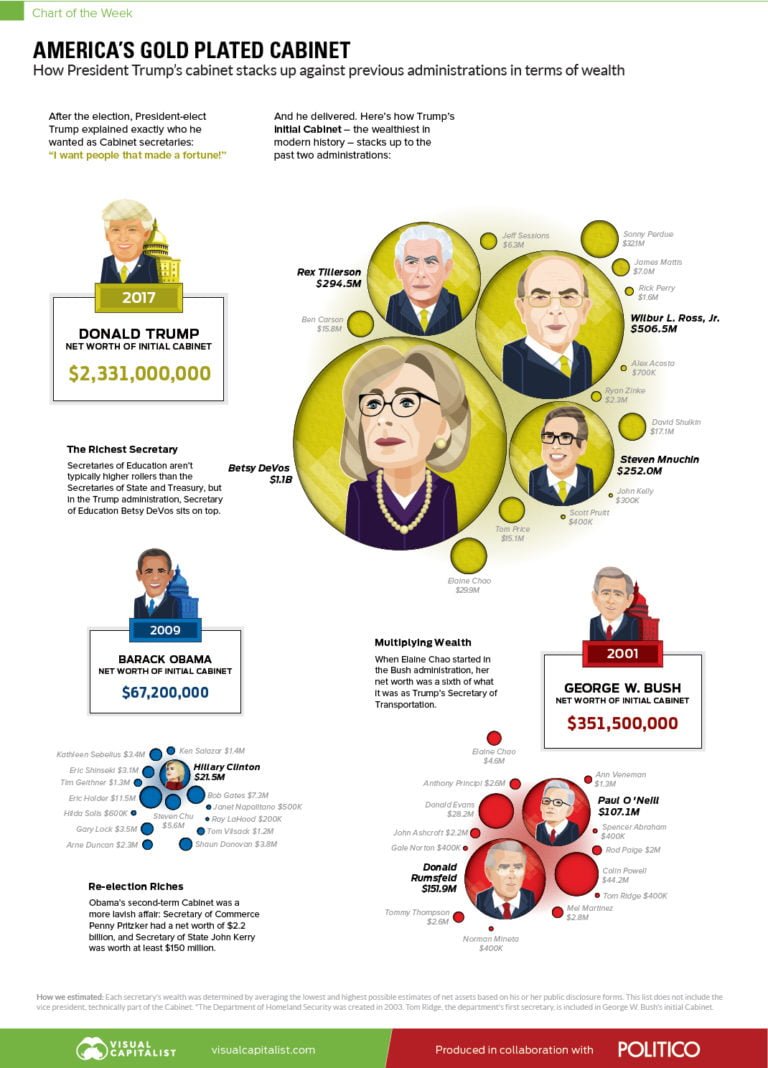 When President Trump was elected to the Oval Office with a net worth in the billions, it was clear that this presidency would be unique.

Not only did he himself come a successful business background, but he wanted the people surrounding him to have similar backgrounds as well.

In 2016, the newly elected Trump was quoted as saying he wanted to have people in his cabinet that “made a fortune”, also stating that he was putting together “one of the great cabinets that has ever been assembled in the history of our nation.”

Today’s chart, which also appears on the back cover of Politico Magazine (web version found here), shows the wealth of initial cabinets put together by the last three presidents: Trump, Obama, and Bush.

Here’s how they stack up, in terms of aggregate wealth:

Trump’s cabinet is worth a cool $2.33 billion – about 35x the size of Barack Obama’s initial cabinet, and 7x the size of George W. Bush’s first.

Interestingly, the top four people (in terms of wealth) are all in Trump’s:

Meanwhile, Donald Rumsfeld ($151.9 million) was the richest person outside of Trump’s cabinet.

While the comparisons in the chart are all for initial cabinets, it is worth noting that Obama’s second cabinet was not so modest.

He elected to bring in Penny Pritzker as the U.S. Secretary of Commerce, who was worth $2.2 billion – almost the combined net worth of Trump’s cabinet today!