The death of a pedestrian who was struck by an Uber autonomous car Sunday night has led to questions about whether driverless cars are safe. However, it appears that the accident could not have been prevented no matter who was in control of the car.

Scene of the accident. Scroll left to see the poorly designed pedestrian path that the woman was apparently using before crossing the street.

According to police, a woman pushing a bicycle laden with shopping bags stepped from the roadway median into 35-mile-per-hour traffic. The Uber vehicle, which had a backup human driver behind the wheel, did not have time to even brake before it hit her.

Transit agencies are in the habit of blaming the victims who are killed or injured when struck by light-rail trains. The reality is that accidents involving light rail are usually the result of poor design, and any design that puts 50- to 200-ton vehicles in the same streets as 1.5- to 2-ton vehicles and 0.1-ton pedestrians is a poor one.

The real blame for the Tempe accident should be placed on poor street design.

In the same way, the real blame for the Tempe accident should be placed on poor street design. The above Google image shows the approximate location of the accident.

Rotate to the right to see a trail in an arroyo marked the “Shortcut from Mill Ave. to Lake View Dr.” This trail connects to the Canal Trail and some other trails east of Mill Avenue. Rotate to the left to see a paved continuation of this trail, which eventually connects to the Grand Canal Trail west of Mill Avenue. Zoom in to see a sign saying “No pedestrian crossing: Use crosswalk” with an arrow pointing to a crosswalk that is 500 feet to the right. 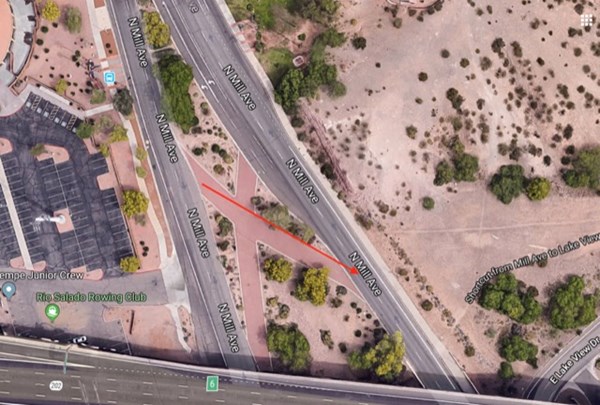 Aerial view of the paved paths in the median strip between north- and southbound Mill Avenue lanes with the probable path of the accident victim shown in red.

This means it would be natural for people traveling from the Grand Canal Trail to the Canal Trail to cross southbound Mill, use the paved path, then cross the northbound portion to get to the Loma Trail. I don’t know for certain, but it seems likely that this is what happened.

It’s hard for any kind of driver to stop when moving 35 miles per hour on a semi-limited access road and a pedestrian steps in front of them from out of nowhere in the dark. I don’t want to blame the victim, but I don’t think the car, whether controlled by a human or by a computer, is to blame either.

So the question that must be asked is why are there paved trails between the north and southbound lanes of Mill Avenue when there is no safe way for pedestrians to use those trails? We’ll know more soon, but I suspect this fatality is more due to bad urban design than to the autonomous car. 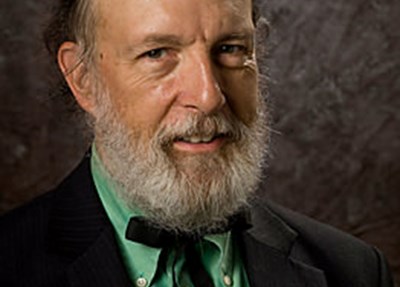