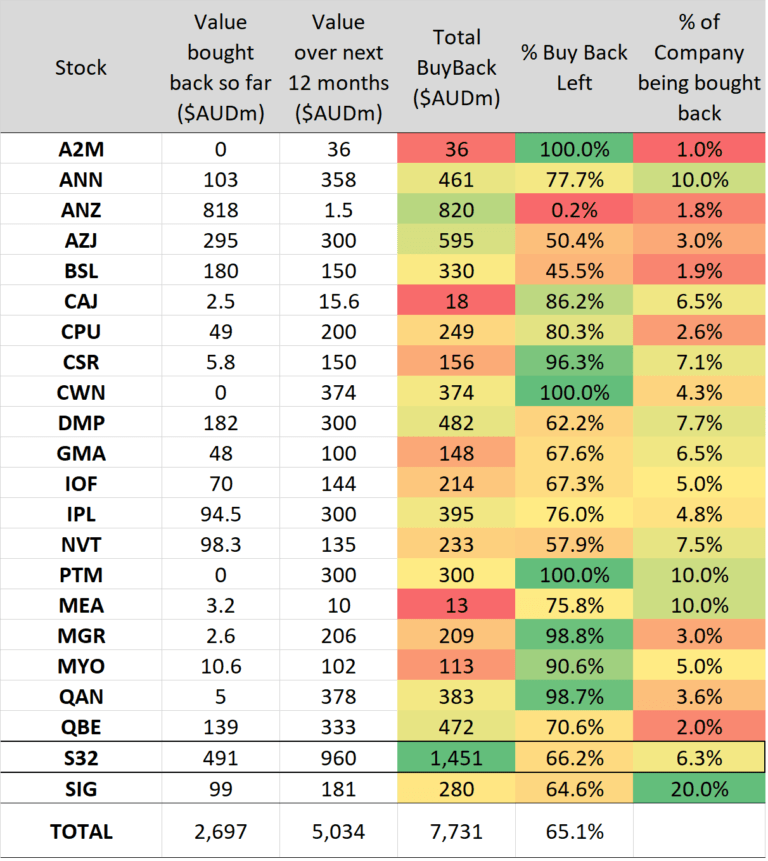 The ASX currently has 22 companies undertaking Share Buybacks, with a planned Buyback program of $7.73b.

When you step back and consider this, it is an all-time record. Yet it is only 0.41% of the Total ASX Index (Index size AU$1.88 trillion).  As the table shows below what is interesting is there still remains $5.03b to buyback or 65.1% of the targeted investment to complete, ranging from $1.5m by ANZ Bank (ANZ) to $960m by South 32 (S32), a company we will discuss in more detail shortly. 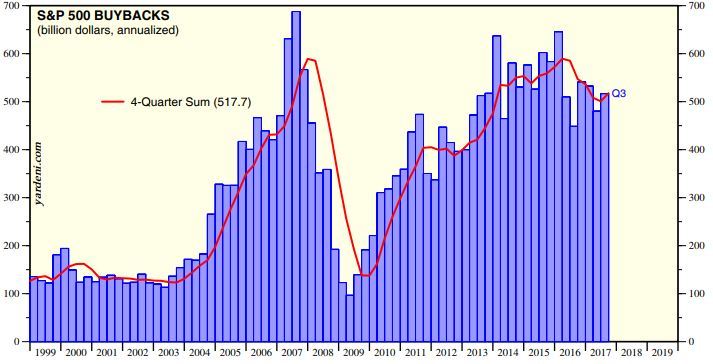 Could we then say the relative underperformance YTD of the ASX in 2018 (-2.01%) to the SP500 (+2.00%) is due in part to Buybacks? Why do a Buyback? How do Buybacks provide benefits? What do the World’s Investment Masters have to say about Buybacks? When should it be done compared to intrinsic value? These are all some questions we will look to answer.

So first, let’s look at what the World’s Investment Masters have to say about BuyBacks, from without question the greatest collection of teachings and wisdom of successful investors at www.mastersinvest.com - a must read site built by an experienced 25yr Investment Banker.

“Repurchases - is sensible [allocation of capital] for a company when its shares sell at a meaningful discount to conservatively calculated intrinsic value. Indeed, disciplined repurchases are the surest way to use funds intelligently. It’s hard to go wrong when you’re buying dollar bills for 80c or less. But never forget: In repurchase decisions: price is all important. Value is destroyed when purchases are made above intrinsic value”

"I look more favourably if a company is doing significant buybacks. That actually adds something to the equation for me.  The dividends particularly are not of interest"

"Buying back shares is the simplest and best way a company can reward its investors. If a company has faith in its own future, then why shouldn't it invest in itself, just as the shareholders do?"

The above is very compelling evidence on Buybacks. What I do believe Buffett hints at here, is that share repurchase programs are also a proxy for management discipline. Often, managers flush with cash elect to use that cash to acquire other firms or invest in new ventures that are speculative or unlikely to earn an acceptable rate of return (that is, a return above some hurdle rate—be it a fixed percentage, or the opportunity cost of capital). These sorts of reckless investments often destroy shareholder value. For example, a variety of studies have shown that between 70–90 percent of mergers fail to create value for shareholders[2]

Some of the comprehensive research papers that have been conducted on Buybacks are set out below.

The first a recent November 2017 research paper by the London Business School and AQR Management on a study of the US Russell 3000 Index from 1990 to 2017 found the following: 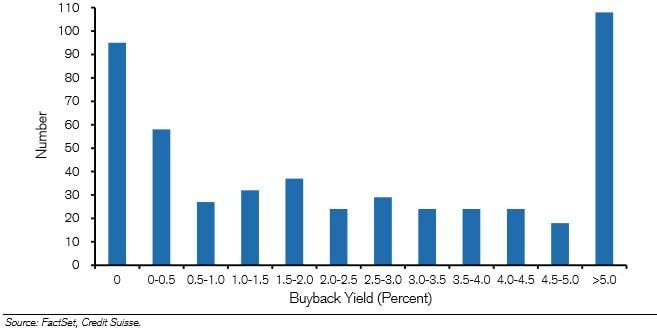 The benefits are certainly becoming very clear on a Buyback. However, I will just come back to the huge benefit of EPS accretion, as all three papers mentioned this extensively.

Let me try explain in an example on whether a buyback is accretive or dilutive to EPS. Firstly it depends on the relationship between the after-tax interest rate (either foregone from cash or incurred from debt) and the inverse of the price/earnings (P/E) multiple. Since the appropriate P/E multiple for a stock reflects factors other than the discount rate, including growth prospects and incremental return on invested capital, the accretion or dilution says little about the virtue of the program. Say a company has excess cash that is earning 3 percent and has a tax rate of 30 percent. You can calculate the “EPS breakeven P/E” with the following equation:

So therefore in this case the EPS breakeven P/E multiple is 48 (1/[0.03 *0.70]). This means that any buyback below a 48 P/E will add to EPS, and any buyback above 48 will subtract from EPS. Say the same company decides to fund the buyback with debt that has a pre-tax cost of six percent, the EPS breakeven P/E multiple is 24 (1/[0.06 * 0.70]). To state the obvious, with prevailing interest rates as low as they are and with P/E multiples on forward earnings near historic averages, buybacks are currently a bonanza for EPS accretion.

So, turning to the largest $ Buyback on the ASX South 32 (S32) with nearly $1.5b to Buyback lets have a look at how it stacks up.  It also has the highest weight at 6.3% of total company being bought back within the Commodity space, alongside trading at a significant discount to intrinsic value, something we will show shortly. So if we use O’Shaughnessy Asset Management research, it could be argued in the top quartile of opportunities (+15.3% compound return).

However, S32 does stand out for a few additional reasons:

So, when you bring S32 back to the thinking’s of the Investment greats like Warren Buffet and whether it trades significantly below intrinsic value, it certainly has a big tick. It is also funding the Buyback through free cash flow, not debt. Mind you, re-rates for higher commodity prices are not even included in these base values.

In conclusion a powerful variable i consider is that a company must have is asymmetric information or beliefs, as well as analytical prowess, to profitability pursue a Buyback approach as company management has information that the stock price fails to reflect. It could be worth considering watching those companies with Buybacks in place. As O’Shaughnessy Asset Management research found, those with high buyback yields and trading below intrinsic value offer the best returns. Hence for us S32 is undertaking in our opinion a large and significant accretive Buyback, that will help underpin future growth for the stock price.

[2] A study by KPMG International (1999) found 83 percent fail to create shareholder value, a study by Bain & Company (2004) found 70 percent fail, and a study by the Hay Group at the Sorbonne (2007) found 90 percent of mergers in Europe failed to add value