Out of the 188 cognitive biases that exist, there is a much narrower group of biases that has a disproportionately large effect on the ways we do business.

These are things that affect workplace culture, budget estimates, deal outcomes, and our perceived return on investments within the company.

Mental mistakes such as these can add up quickly, and can hamper any organization in reaching its full bottom line potential. 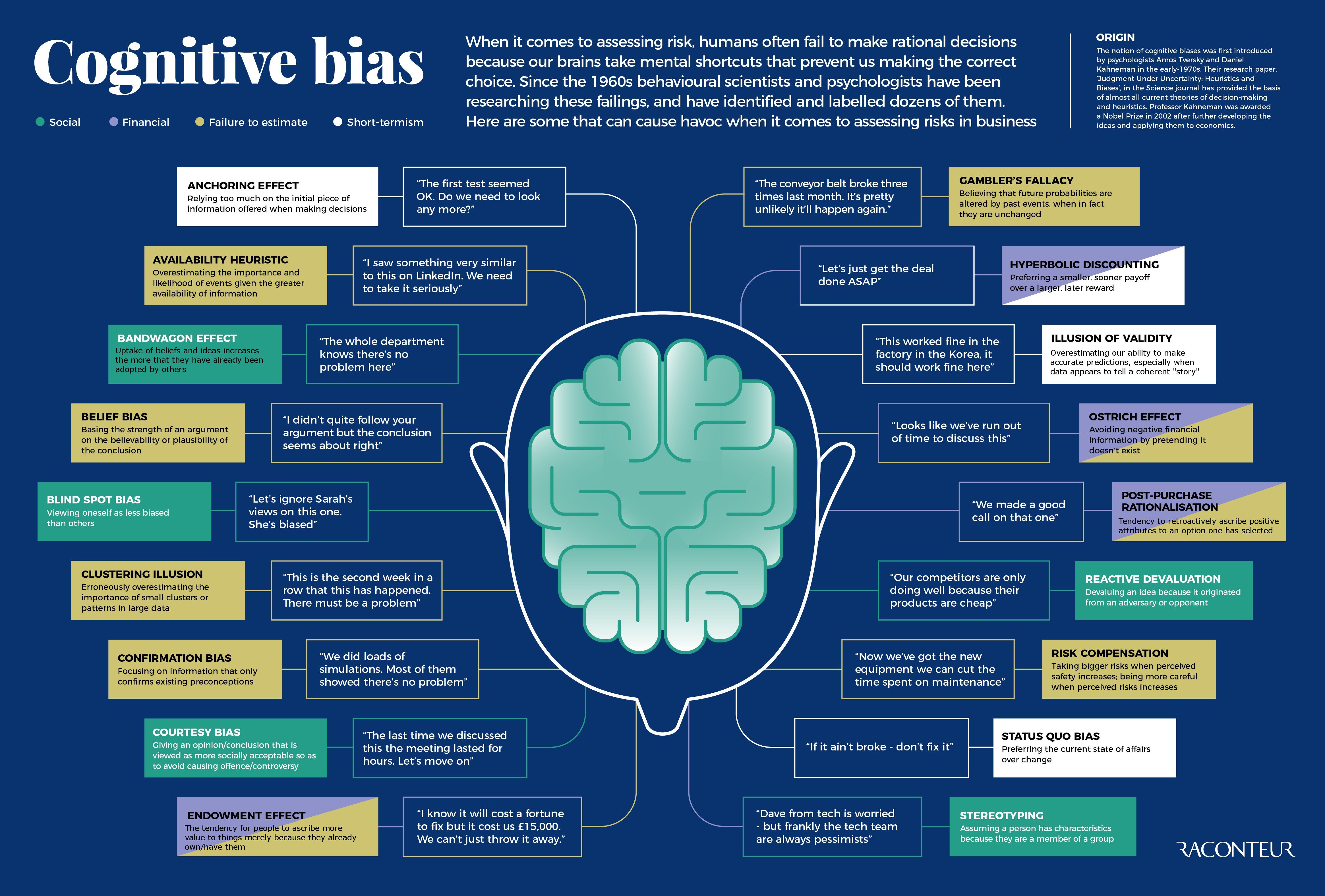 The list includes biases that fall into categories such as financial, social, short term-ism, and failure to estimate:

These are imprecise mental shortcuts we make with numbers, such as hyperbolic discounting – the mistake of preferring a smaller, sooner payoff instead of a larger, later reward. Another classic financial cognitive bias example is the “Ostrich effect”, which is where one sticks their head in the sand, pretending that negative financial information simply doesn’t exist.

Social biases can have a big impact on teams and company culture. For example, teams can bandwagon (when people do something because other people are doing it), and individual team members can engage in blind spot bias (viewing oneself as less biased than others). These both can lead to worse decision-making.

One way to ensure a business that doesn’t last? Engage in short term-isms – fallacies that gear your business towards decisions that can be rationalized now, but that don’t add any long-term value. Status quo bias and anchoring are two ways this can happen.

So much about business relies on making projections about the future, and the biases in this category make it difficult to make accurate estimates. Cognitive bias examples here include the availability heuristic (just because information is available, means it must be true), and the gambler’s fallacy (future probabilities are altered by past events).