ValueWalk
Home Info-Graphs Video: The 5 Largest Cities Throughout The Course Of History 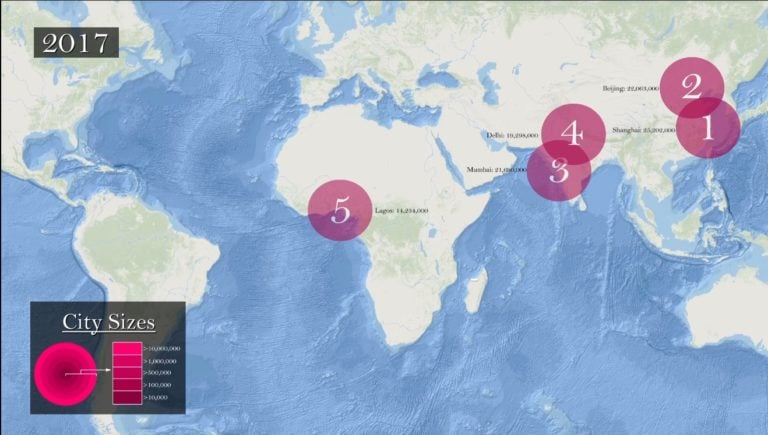 The world’s most influential cities have certain attributes that make them appear timeless.

Metropolises like New York City, Hong Kong, Shanghai, and London have unprecedented size, opportunities, economic might, and cultural significance, that it’s easy to imagine them as permanent and unparalleled fixtures on the world stage.

However, any glance at world history shows us immediately that these places are not as exceptional or as timeless as we would like to think. Over time, it seems that even the most important cities eventually fall or slip in status.

That’s why a glance at the record books can be humbling, as we come across the names of many ancient cities that were the most important during their time – places like Luoyang, Ctesiphon, Pataliputra, and Constantinople – that today, the majority of people are much less familiar with.

The 5 Largest Cities Over Time

Today we present to you two videos from the Ollie Bye Youtube channel that show the rapidly changing history of the world’s top cities by population.

It’s incredible to watch the rise and fall of these cities, especially when we’re talking about the centers that were the undisputed heavyweight champions of their day.

Over this massive span of time, the designation of the world’s most populous city shifts 16 times.

Rome keeps the title for an impressive period – over 400 years – while Baghdad and Chinese cities also have impressive runs as well. However, what’s most provoking about the video is the list of lesser-known cities that have held the title, such as Chang’an, Merv (Marv), and Pi-Ramesses.

During this much shorter stretch of time of more modern history, the rate of urbanization is skyrocketing and cities are now growing at exponential rates.

This would be higher than the total population of the entire world in the 12th century.