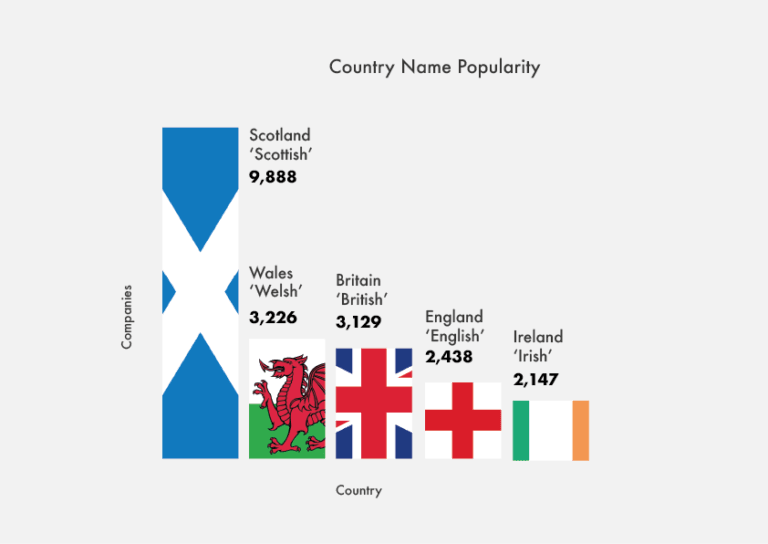 What’s in a name? Potentially a great deal. New research from Premier BusinessCare suggests that large swathes of businesses across the UK are following similar naming habits. Analysing data from Companies House, researchers have uncovered a whole host of reoccurring themes and, interestingly, some new trends. Just one of these trends is an influx of British businesses (62 in 2017) who have made use of the word “Brexit” in their company names.

With the help of Rebecca Battman, Head of Brand at RBL Brand Agency, Premier BusinessCare looked to dig a little deeper into Britain’s strange naming habits.

Building brand equity is vital to the success of any business, however, this can take time to build. Premier BusinessCare’s research found that many businesses, instead, tend to borrow from existing terms to portray a certain brand image – in particular, cities and regions.

Branding expert Rebecca Battman offers an explanation as to why the words “Scotland” or “Scottish” particularly resonate with consumers:

“Ask anyone what ‘Scottish’ stands for, the answer is probably passion, history and pride. Ask the same question about England, and the answer doesn’t roll quite so easily off the tongue.”

Many companies borrow brand capital from regions recognised for tradition and prestige. These findings show 6,539 UK businesses cite Oxford or Cambridge in their company name. With the region’s first-class universities, local heritage and expensive property market world-renowned., it’s clear to see why they are regularly used by businesses. 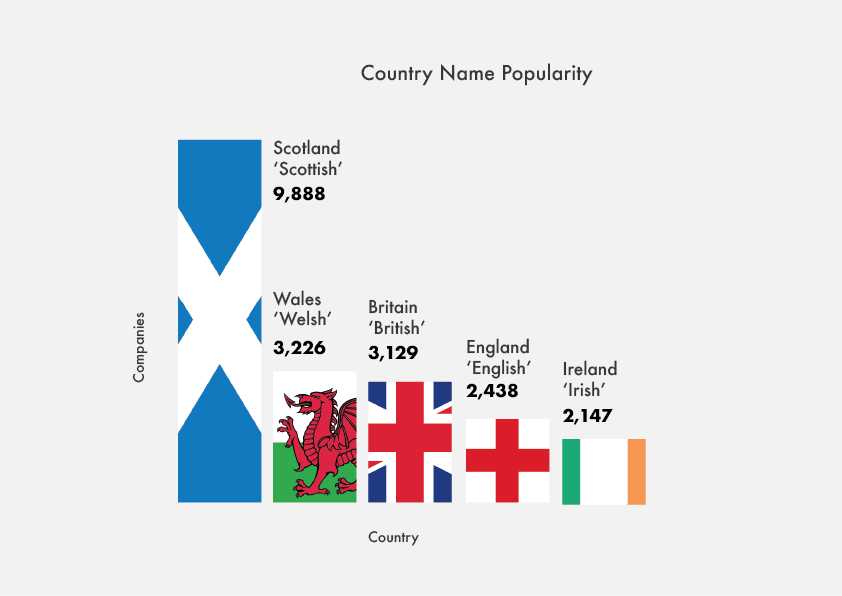 Rebecca Battman has highlighted the importance of location:

“Naming can be a quick way to increase the brand capital of your own business, as it allows you to borrow some capital from a name/term that already has its own clear brand values. For example, Oxford — where a technology industry thrives — is the fourth most common city to appear in company names.

Just down the road from Oxford, Milton Keynes has a larger population and is also a large technology base. However, lacking the prestige of its neighbour, Milton Keynes does not feature in the top 20 names featured in Premier BusinessCare’s research.”

In a similar vein, research showed that 5,313 companies include the word “Yorkshire” in their name. 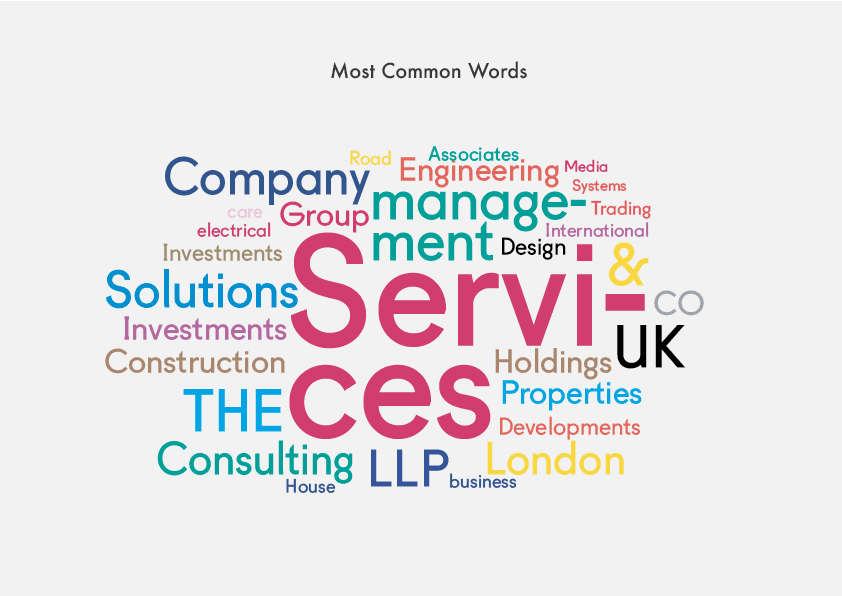 A large percentage of businesses across the UK choose to start their name with soft sounds, like ‘S’ and ‘M’, rather than harsh fricative sounds such as ‘F’.  A third of company names in the UK start with 4 common letters, which when ordered by popularity, spell out the word S, C, A, M.

By 2017, there were 62 instances of “Brexit” in businesses registered at Companies House, including:

Whether the above companies were looking to spark outrage or intrigue, the evolution of language will yield a shift in business name choices in the years to come.