ValueWalk
Home Geopolitics Has Uber Become Part of the System It Fought Against?

Regulatory capture is a problem in this country. It happens pretty easily. Politicians can’t be experts in everything, so they turn to actual experts for help with regulating various industries. The experts tend to be those who have already enjoyed some measure of success in their field. The regulatory suggestions that these experts give politicians tend to make life easier for the already-established experts and harder for those competing with them. This kind of thing happens all too often and leads to gross regulatory overreach, such as Uber working to ban private ownership of self-driving cars. How do we prevent this or, at the very least, strike it down after the fact? Join James Harrigan, Antony Davies, and special guest Robert McNamara from the Institute for Justice as they discuss this and more on this week’s episode of Words and Numbers.

Subscribe to the Words and Numbers podcast via iTunes.

Foolishness of the Week

Jeff Sessions' Advice to Pain Patients: 'Take Some Aspirin' and 'Tough It Out'
reason.com

Topic of the Week: Occupational licensing and regulatory capture

Uber Wants to Make It Illegal to Operate Your Own Self-Driving Car in Cities
cei.org

Tesla, Dealer Franchise Laws, and the Politics of Crony Capitalism

Join the Words and Numbers Backstage FB group, where the conversation continues. 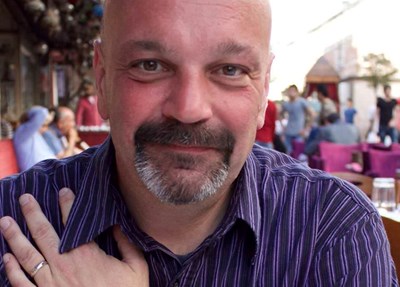