We’re now a little over one year into Trump’s presidency, giving us some initial indication of how well things are going. Here’s a look at how the labor market has performed during the first year of both presidents’ administrations.

First off, employment.  Employment during the first year of Trump’s administration is up about 1.5%; during Obama’s first year, employment declined by 3.2%.

Trump is the definite winner here.  Of course, it helps a lot to have the first year of your presidency to be during an expansion compared to a recession.

On the wage front, Obama has a slight lead.  During the first 13 months of Obama’s presidency, salaries expended by 2.7%; wages during Trump’s first 13 months are up 2.4%. 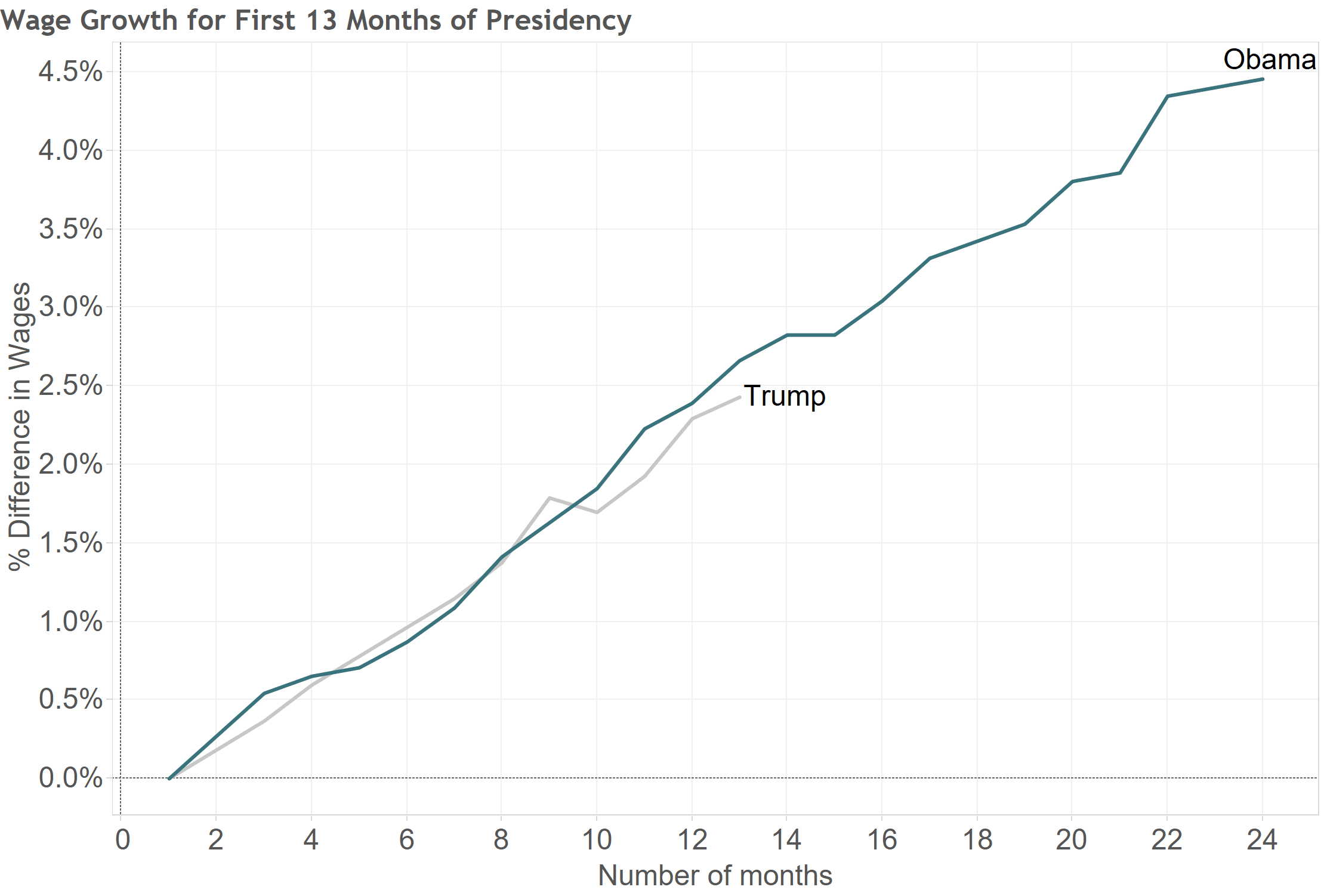 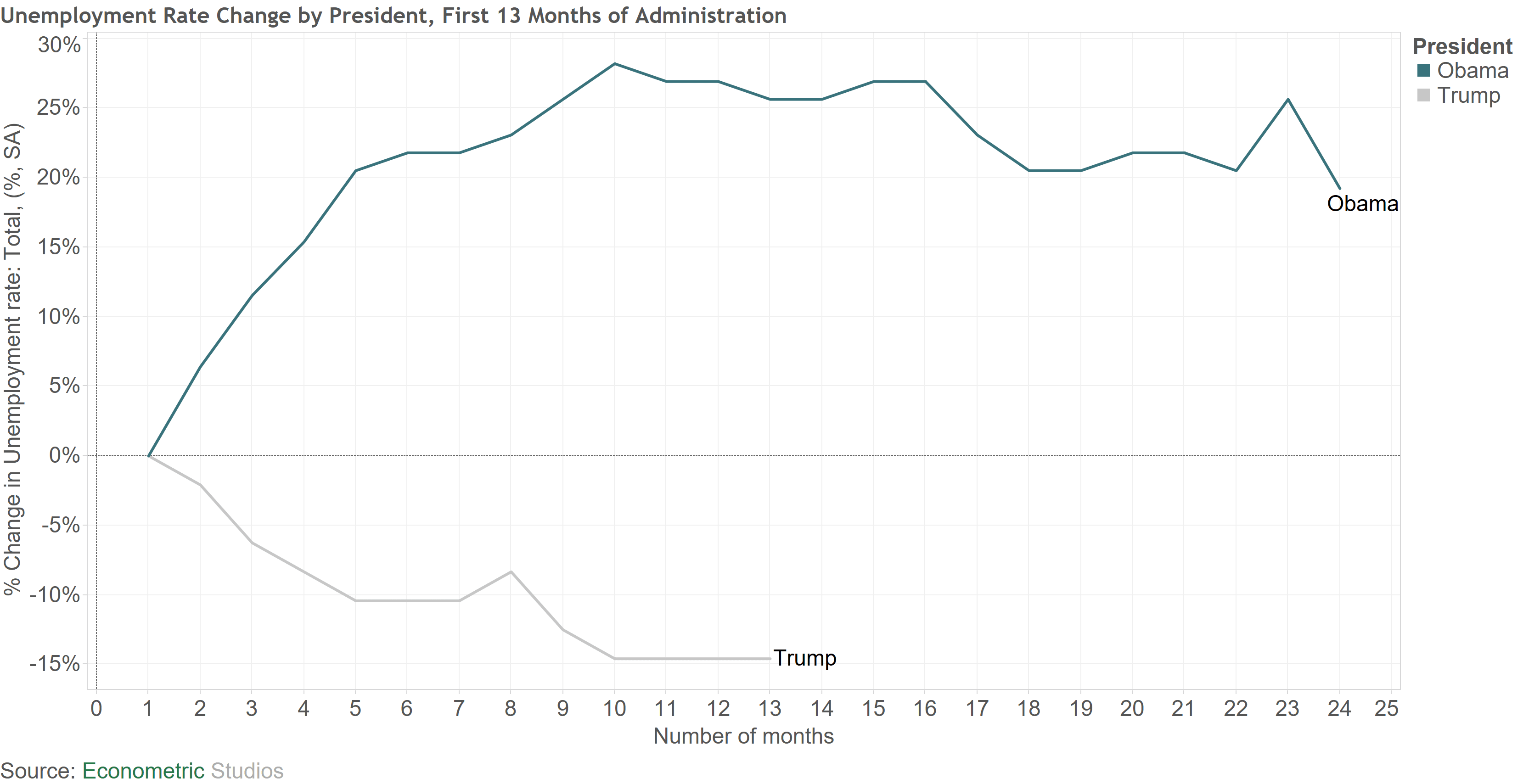 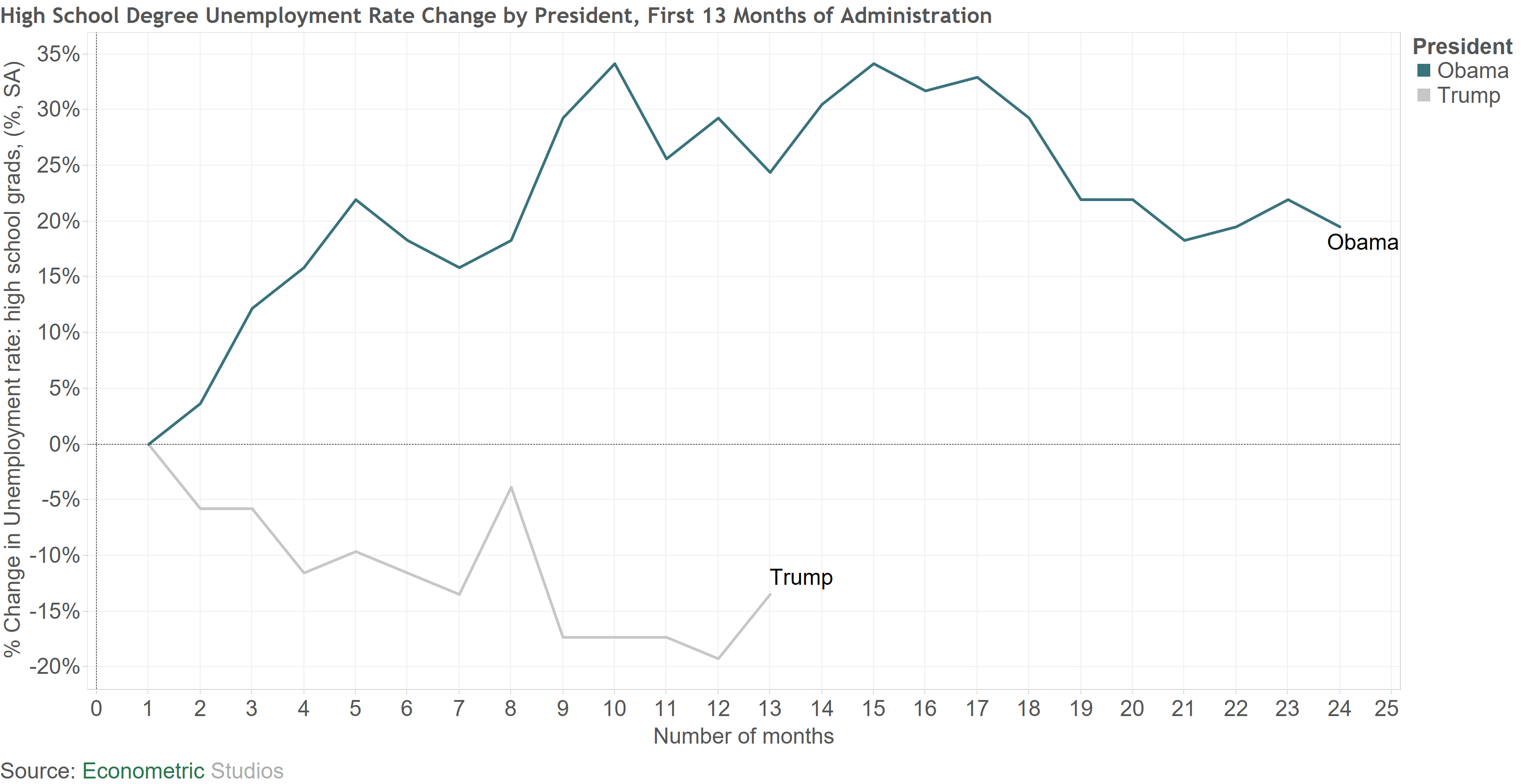 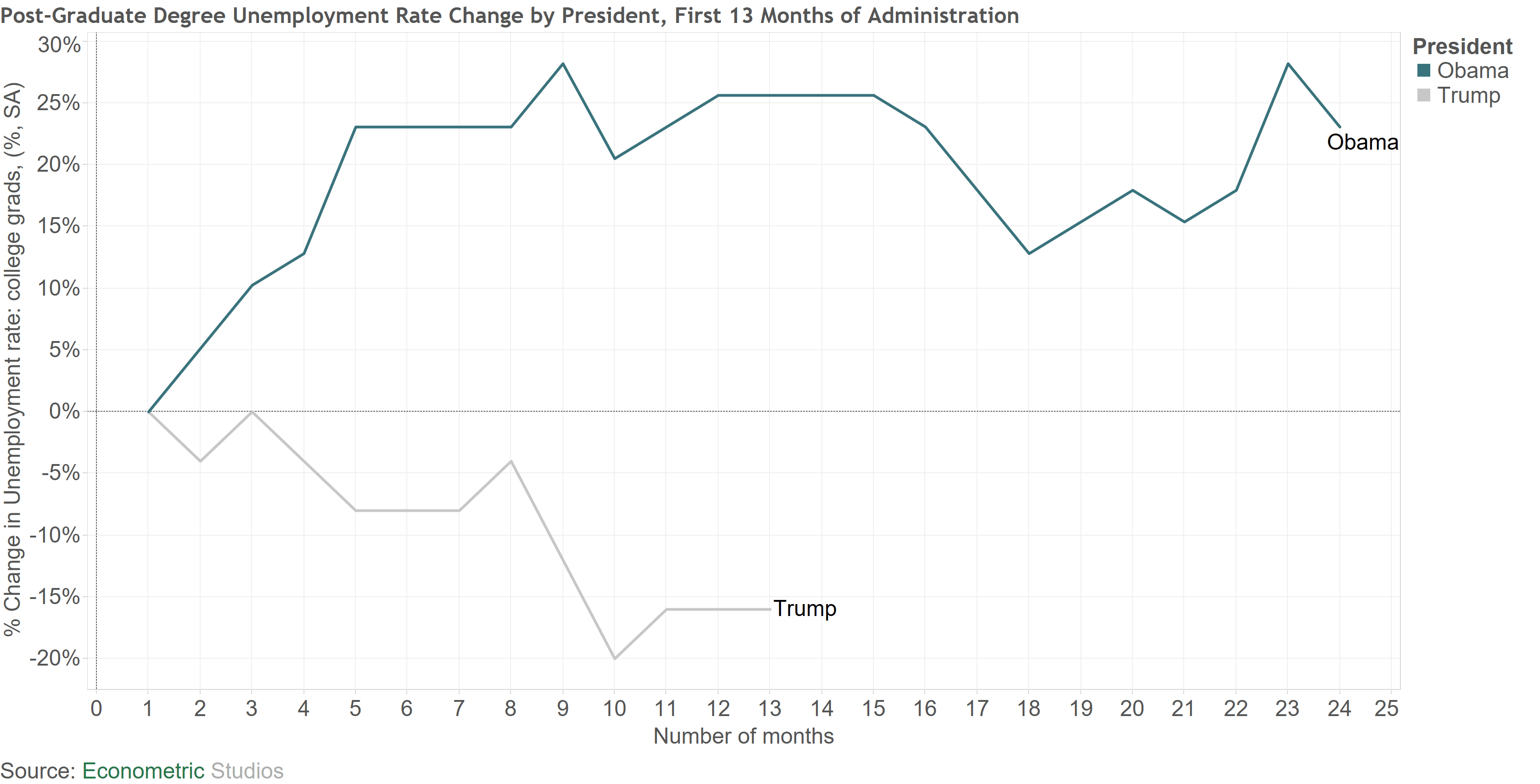 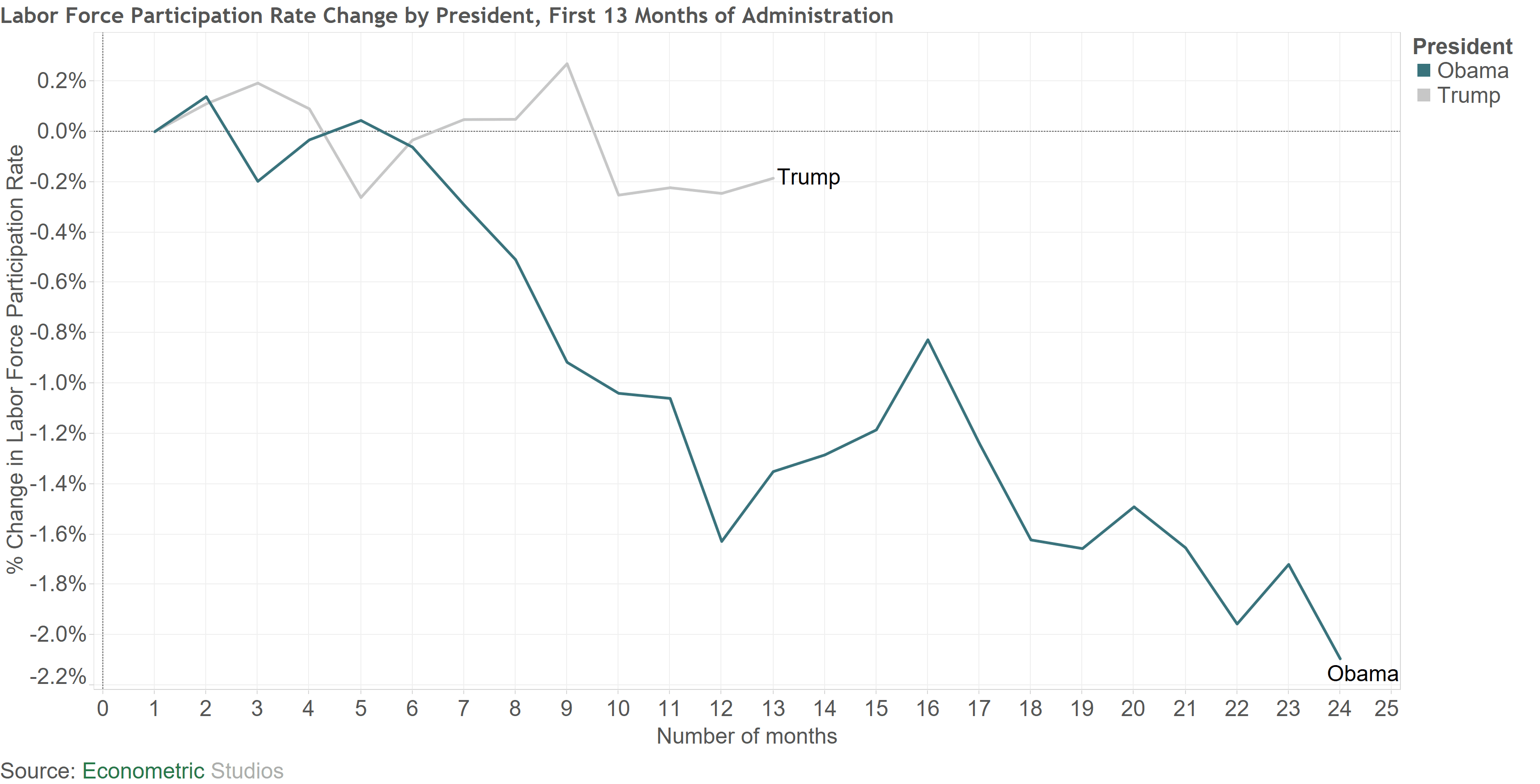 What about the industry views?  Obama tended to focus on the Education and Health Services sectors.  Trump has heavily focused on manufacturing jobs and outsourcing.

On the Education and Health Services front, during the first 13 months of their respective presidencies, Obama saw employment in these sectors grow by 1.7%; over the same period, work in these industries expanded by 2.0% for Trump.

These charts will be updated as the current administration gains more footing so stay tuned.