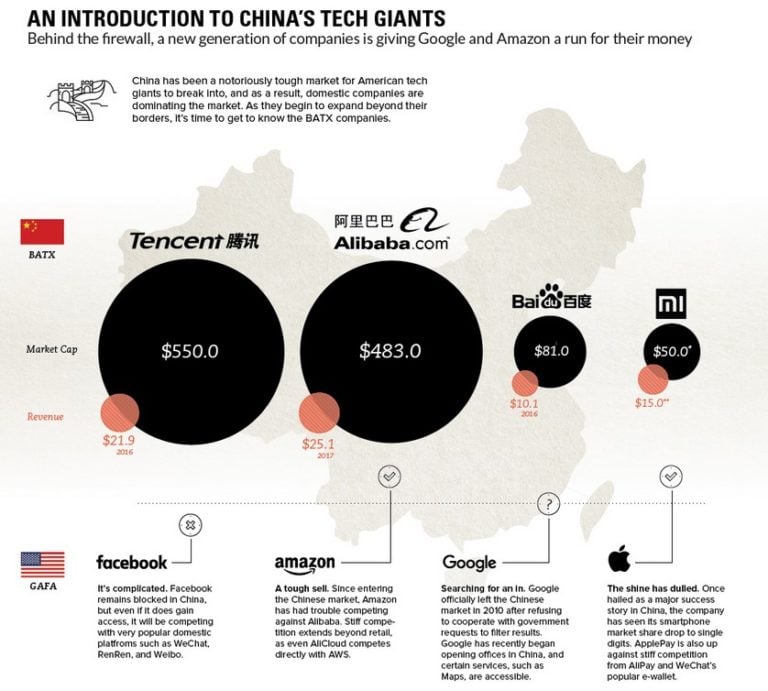 Every day, your feeds are likely dominated by the latest news about Silicon Valley’s biggest tech giants.

Whether it’s Facebook’s newest algorithm changes, Amazon’s announcement to enter the healthcare market, a new acquisition by Alphabet, or the buzz about the latest iPhone – the big four tech giants in the U.S. are covered extensively by the media, and we’re all very familiar with what they do.

However, what is less commonly talked about is the alternate universe that exists on the other side of China’s Great Firewall. It’s there that four Chinese tech giants are taking advantage of a lack of foreign competition to post explosive growth numbers – some which compare favorably even to their American peers. 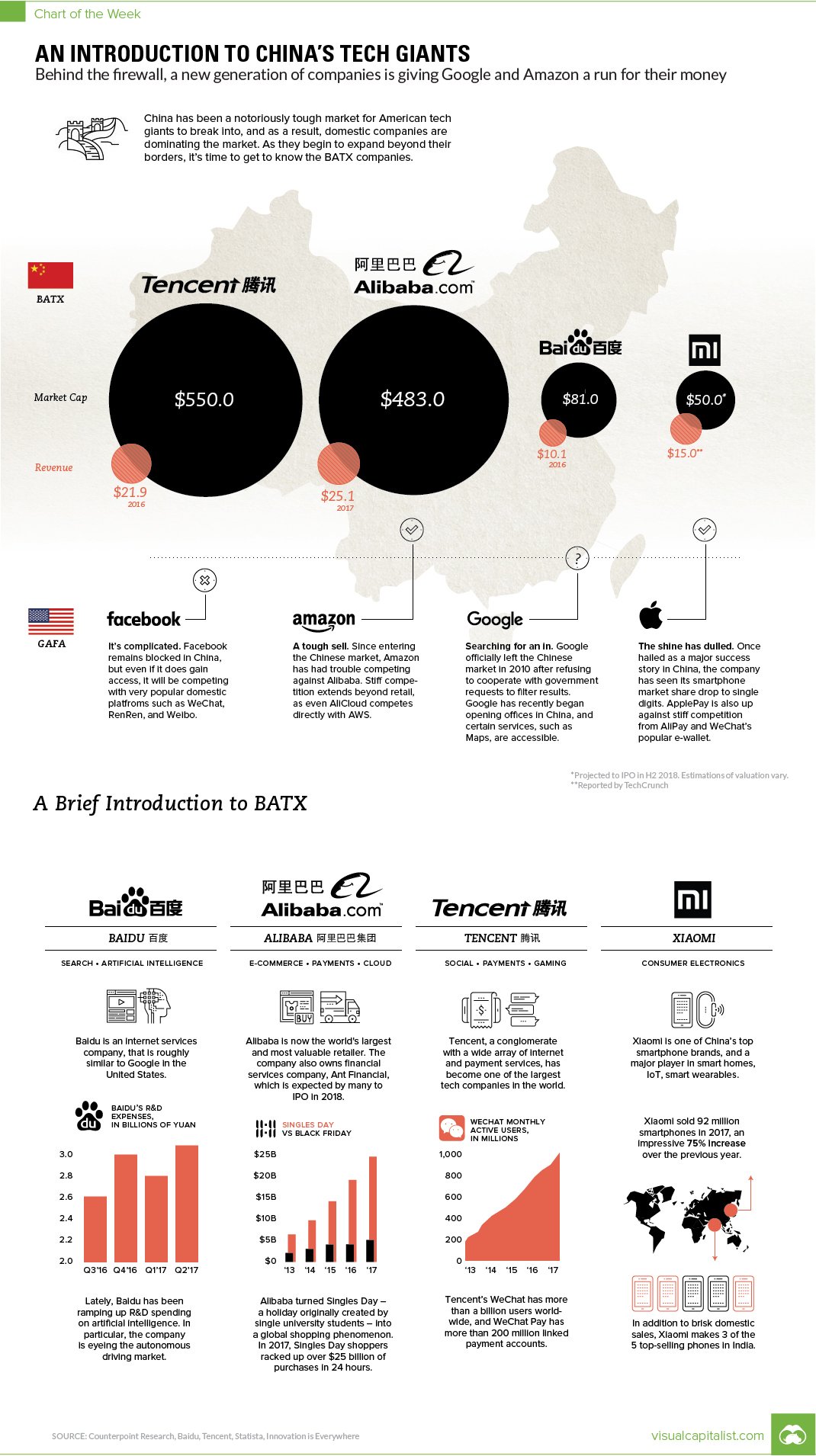 Like the “Bizarro Jerry” episode of Seinfeld, the Chinese-based tech giants look recognizably familiar – but markedly different – to the ones we know so well.

Likely the best known of China’s tech giants, Alibaba is the dominant online retailer in the country. The company had revenues of $25.1 billion in 2017 and is seeing that revenue grow at impressive speeds. In its most recent quarterly results (Q3, 2017), the company noted a 56% jump in revenue.

Amazon’s tough sell: Amazon does exist in the Chinese market, but it just has trouble competing with Jack Ma’s creation. Amazon has less than a 1% share of the e-commerce space in China, after a decade of trying to get a foothold. Further, Alibaba also runs AliCloud, which provides direct competition to Amazon’s AWS.

Baidu is the largest search engine in China and also a leading player in AI. It’s the most visited website in China, and ranks #4 globally. The company will announce 2017 annual results in the coming weeks, after reporting a 29% jump in revenue in Q3 2017.

Google’s searching for a way in: Google was blocked in China in 2010 after refusing to filter search requests. However, since then, the giant has been able to take very small steps in entering the Chinese market – even though its signature search engine is still blocked, Google now has at least three offices in the country.

Tencent has recently been in the news for its rapidly surging stock. The company, which owns the dominant social platform in China (WeChat), is now valued at over $500 billion. For those keeping tabs, Facebook is currently worth $550 billion.

It’s complicated: Facebook remains blocked by China, meaning that Zuckerberg and company can’t take advantage of a 1 billion plus market of people with growing buying power. Even if it found its way in, there are multiple social platforms in China and competition would be stiff.

Dubbed as “China’s Apple”, Xiaomi is one of the world’s most valuable private companies. Things have been hot and cold for the ambitious smartphone manufacturer, but recently reports have surfaced that Xiaomi will IPO in the second half of 2018 for upwards of $50 billion.

Apple’s shine has dulled: Apple’s entrance into the Chinese market was once described as a success, but recently competition from domestic manufacturers has derailed that claim.