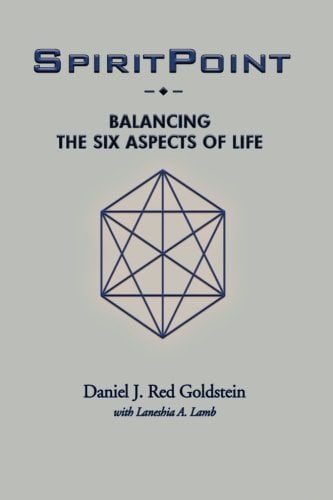 This is a guest contribution by Red Goldstein.  Red Goldstein was a founding partner of Teak Tree Capital Management, and the author of Spirit Point: Balancing The Six Aspects of Life. This article is written in narrative format.

Clarice McDuff had been a beauty queen in college and was runner-up in a Miss Connecticut pageant in the 1950’s. Piercing blue eyes, well-coiffed white hair in an ever-present bun, and a regal demeanor of grace are hallmarks of this elegant lady. Nearly twenty years before, she and her well-known attorney husband, James, had become clients of Jack Reiter, a prominent bank trust officer, after they had been referred by a mutual friend. Cici, as her friends call her, and Jim were well placed in the social scene of Shreveport. His firm, McDuff, Patterson, et al. has counseled several of the wealthiest families in Louisiana for decades. Jim’s specialty was representing clients in the oil and gas business.

Cici dabbled in the antiques business as a hobby and developed quite a keen sense for value. Her organizational skills only got better after their kids had grown up and gone off to various pursuits. Jim learned years before it was best to let Cici run the family’s financial affairs while he was the prodigious provider of wealth to manage.

During the years of their greatest financial success, Jim and Cici parked their investments with Jack, using the big banking firm’s brokerage unit just as a custodian for their assets. Cici prided herself in her stock selection prowess and did pretty darn well… until the tech bubble burst at the turn of the 21st Century. The McDuffs saw more than 50% of their financial wealth evaporate in short order. Then with the 9-11 disaster and the corporate scandals of Enron and WorldCom, they saw even more devastation. Cici realized she needed help.

During those years when Cici called all the shots, they weren’t very good clients. The McDuffs and Jack Reiter tended to clash, but the mutual friend who introduced them strongly suggested that Jack just deal with it since the McDuffs were a bit disorganized and would eventually need his expertise.

Jack warned Cici repeatedly that they were way too exposed to stocks that were selling at prices that were 50 to 60 times what the companies earned and that the law of ‘reversion-to-the-mean’ was going to catch up with them someday; those stocks would soon sell for 12 to 15 times earnings with not much provocation, warning, or time to exit. Still, Cici’s smug answer was that her returns bested anything Jack had provided in the last few years.

By the fall of 2002, their assets had fallen in value to a point where it would begin to affect their retirement and philanthropic desires. Cici was devastated and Jim sort of just took it all in stride. During their semi-annual review that November, they both sat in Jack’s office stone-faced. When Jim inquired about why the accounts were doing so poorly, Cici snapped at both him and Jack for letting it all ‘just go to pot’. She didn’t exactly take responsibility. Jack’s annoyance with Cici showed on his face, but he kept his words calm in reminding her that he had issued repeated warnings that most of the companies she had selected were set to blow up someday. Jim burst out “well, Jack, what the hell would you have done differently?” His response was “Rising dividends”. Jack pulled out some charts of what Cici heretofore had referred to as old ‘fuddy duddy’ stocks that had managed to raise their dividends every year since both Cici and Jim were youngsters… and before Jack was even born! Jack said “These are just some of the stocks in our rising dividend portfolio, and although they’ve taken a hit in the recent sell-off, their losses have been minimal compared to what the tech stocks have suffered”. Jack finally had Cici’s attention and Jim just sort of ‘harumphed’.

There was about $2 million left in the taxable portfolio and Jim’s IRA stood at just under $3 million. It was a far cry from the late 1990’s, but $5 million was still a lot of money. Jim’s ownership interest in McDuff, Patterson was sizable, his extensive fine watch collection was legendary, and the ranch west of Mineral Wells, Texas and the house on the southern shores of Lake Texoma, were also quite valuable. Despite their diversified holdings, their attention was now focused on what it would mean to make their assets work for them and not just be ‘glib and rich’. The humbling of the tech crash, 9-11, and the corporate scandals made them come to the realization that, after all these years, Jack’s groaning at them about planning and investing for safety and income was finally coming to fruition. They agreed to have Jack prepare a financial plan.

Even though the McDuffs had always held back ALL of the information beforehand, they finally brought in every financial document and every bank statement they had. It was time to build a plan to ascertain just how much they were spending and how much income they would need from their investments once Jim sold his interest in the law firm. They also had to consider a budget for their philanthropic endeavors and how they would want their children to handle things once they were gone. The McDuffs were now just like any other upper-middle class couples…time to build a plan with retirement planning, investment planning, and philanthropic planning! No more “We’re rich and don’t need to worry with such stuff” attitudes.

As Jack worked on their plan, he got to know a side of the McDuffs he had never seen before. They more or less reverted to their early marriage years when Jim was clerking at Carson & Hanner, one of the town’s oldest law firms, and when Cici was a telephone operator at Ma Bell. It was nice to see them engaging each other with stories of their past and desires for their future in a humble and respectful manner. Clearly, the financial collapse of the early 21st century did the McDuffs more good than harm. Yes, they had fewer riches, but the two of them were getting along better than Jack had ever seen and he could just tell they were enjoying the whole experience of securing themselves rather than just gliding by on a cloud of dollars.

The Investment Policy and Implementation Plan that was devised for Jim and Cici had a three pronged approach: Selves, Family, and Community. They were shown what kind of asset allocation was needed to secure a steadily growing income for their personal needs. Since Jim had served on the endowment committee of their church, he had a good understanding of securing a perpetual income. He was no longer indifferent to the family’s nest egg, content to let Cici just run things alone. They both agreed that it would be best to have a proper mix of rising dividend stocks, interest-bearing bonds, alternative investments, and cash. Safety through diversification and disciplined rebalancing would be the key.

Jim agreed to have one of McDuff, Patterson’s estate planning attorneys devise a better asset ownership structure for the McDuff family. Cici had suggested this for years, but Jim resisted since he didn’t want any of his junior partners to know the full extent of the McDuff family holdings. Aaron Walters, the chief estate planning and probate attorney at McDuff, Patterson, was called in to effect the changes that had been discussed while creating the financial plan.

Wise and knowledgeable, Aaron helped devise a way for the McDuff children to participate in some of the family wealth without having to wait for mom and dad’s demise. Jim and Cici were overjoyed at being able to give from ‘warm hands’ rather than just waiting until death to share their wealth.

The planning also allowed the McDuff family to save a substantial amount in future estate taxes by setting up philanthropic trusts that would allow them to retain income during their lives while leaving a sizable gift upon their deaths. Both Jim and Cici had heard about some of the techniques as members of the United Way’s Alexis de Tocqueville Society, but never really focused on them until now. Aaron Walters was a volunteer advisor to the United Way and had been a speaker at Tocqueville events in the past. Funny that Jim never realized one of his own guys was the best in the city, but he was an old oil and gas kind of guy and for Jim, folks like Aaron Walters had simply gone unnoticed until now. The McDuff’s financial planning process brought Jim in touch with one of his own attorneys who had been there all along. It was a time for great recognition for Aaron and an opportunity for Jim to further his new-found humility.

Jim sold his partnership share in McDuff, Patterson, but has been retained by the firm as an ambassador of sorts. Cici continues to dabble with the occasional fine antique. Their children are now clients of Jack’s firm and eager to secure their own safety nets. Cici’s earlier stockpicking days rubbed off on their eldest son, Marshall. He is now an analyst at a major brokerage firm in New York. Their daughter, Alyse, is an architect in Atlanta and seriously dating a professor who teaches mechanical engineering at Emory University.

The McDuff family went from being ultra-private and financially inefficient to savvy investors who are well organized and in control of their future. Their kids know just where they stand in real time as well as in the future when Jim and Cici eventually pass away. The United Way and their church have been informed of gifts-to-come, especially since some of the gifts are irrevocable, just not delivered yet. Hopefully it will be a long time before the bequests are fulfilled!

Article by Red Goldstein, Sure Dividend