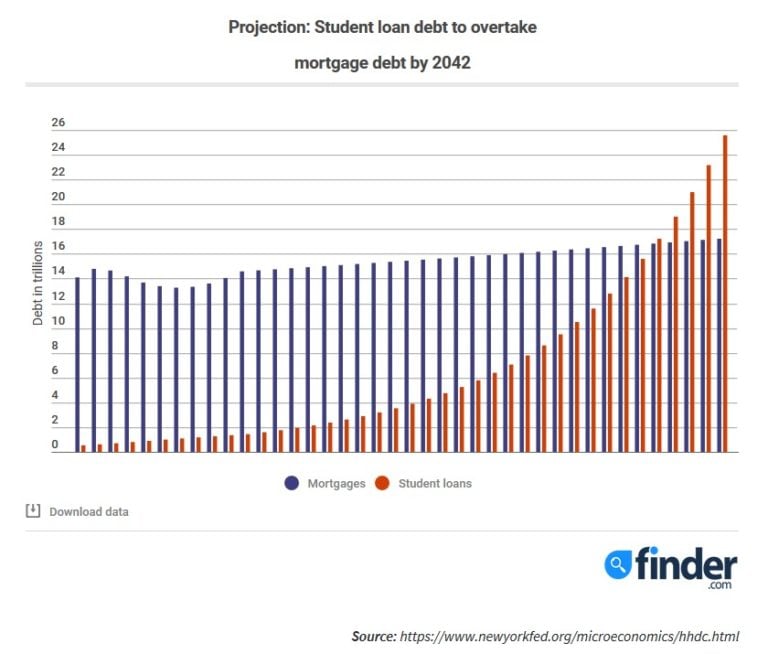 “With 44 million Americans currently living with student debt it’s quite concerning that the delinquency rate for student loans is higher than any other type of household debt. It’s even more troubling when we look at the comparison of student loans vs. mortgages specifically, as outlined in our report.”

“Traditionally, student loans offer less protection than mortgages, and are more difficult to manage in financial hardships. Recent federal data shows student loan delinquency rates at an alarming 11.2% nationwide, climbing as high as 16% in West Virginia, Arkansas and New Mexico. In contrast, we are seeing the reverse effect with mortgages settling at the much lower 1.5%.”

“Not only do student loan defaulters see a black mark on their credit score, but they could also become ineligible for low-rate, low-down-payment FHA mortgages.” 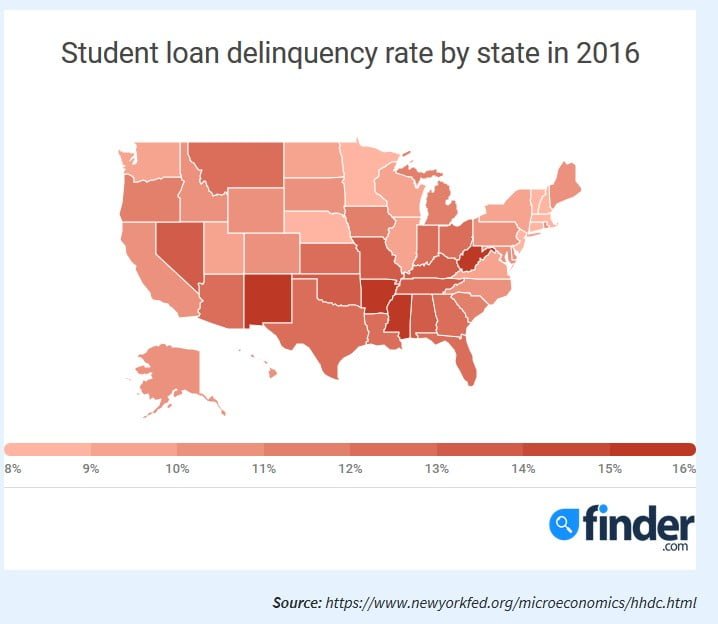