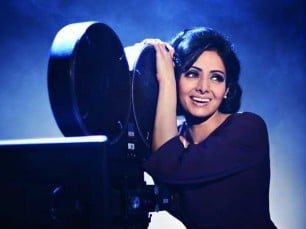 Bollywood legend and an actor par excellence, Sridevi is no more. The actress passed away after a massive cardiac arrest in Dubai. She was 55. Sridevi, husband Boney Kapoor and her younger daughter Khushi were in Dubai to attend a family wedding.

Currently, well wishers are rushing to Sridevi’s house in Mumbai to be by her elder daughter Janhvi’s side who couldn’t be in Dubai due to her shooting schedule.

Sridevi was known for her iconic roles in Hindi movies like Mr India, Chaalbaaz, Nagina, Sadma, and many more. She had over 275 acting credits to her name including those in regional languages like Tamil, Telugu, Malayalam, and Kannada.

She started her child artist in Tamil movie industry. Built her career over the years and in 2013 was awarded Padmashri for her contribution to Indian cinema.

When she became a mother for the first time with daughter Janhavi, she went away from the movie business. After 15 years of hiatus, she made a stellar comeback in Gauri Shinde’s movie English Vinglish.

No way what I am reading is true??!!!!! #Sridevi has passed away. This is so so sad. I am shocked. I have no words. Unbelievable. No way?! Absolutely no. Way!!!

Reading lots of tweets about the sudden passing of #Sridevi OMG just can’t believe it. A legendary actress who many of us grew up watching. Totally shocked by this really sad news. May her soul RIP.

Shocked to hear about the demise of #Sridevi ji . Condolences to her family and friends.

An absolute icon. Gone too soon, #Sridevi. Too soon…

I have no words. Condolences to everyone who loved #Sridevi . A dark day . RIP