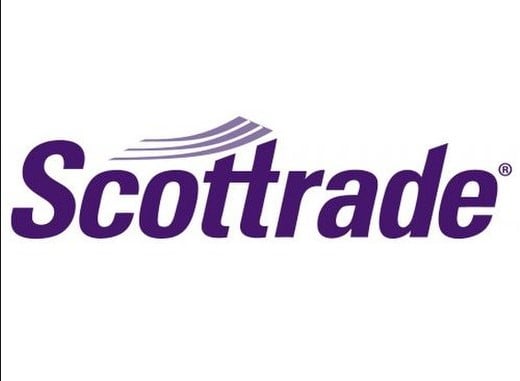 Yesterday, the Enforcement Section of the Massachusetts Securities Division charged Scottrade with violating the impartial conduct standards of the Labor Department’s fiduciary rule, which became effective on June 9, 2017.

The complaint filed by the Enforcement Section of the Massachusetts Securities Division may mark the start of a new chapter in the saga of the DOL’s fiduciary rule. This complaint alleges that Scottrade failed to comply with provisions of its compliance manuals that it added to facilitate compliance with the DOL’s fiduciary rule, and that by failing to comply with those provisions, it was not “working diligently and in good faith” to comply with the fiduciary rule. There are a number of questions that will need to be resolved following the filing of this action, but the Securities Division’s action reinforces the importance of ensuring that compliance policies adopted in connection with the fiduciary rule are actually followed by institutions and their financial advisors. The filing also serves as a reminder that institutions should review their procedures to ensure that they are appropriate for complying with the rule as it stands during the current transition period.

OFFICE OF THE SECRETARY OF THE COMMONWEALTH

IN THE MATTER OF:

The Enforcement Section of the Massachusetts Securities Division of the Office of the Secretary of the Conunonwealth (the “Enforcement Section” and the “Division,” respectively) files this Administrative Complaint (the “Complaint”) to commence an adjudicatory proceeding against Scottradc, Inc. (“Scottrade” or “Respondent”) for violations of MASS. GEN. LAWS ch. 11oA, the Massachusetts Uniform Securities Act (the “Act”), and the regulations promulgated thereunder at 950 MASS. CODE REGS. 10.00 – 14.413 (the “Regulations”). The Enforcement Section alleges that Respondent engaged in acts and practices in violation of Section 204 of the Act and Regulations.

Scottrade, Inc. (“Scottrade”), a Massachusetts-registered broker-dealer, has knowingly violated its own internal policies designed to ensure compliance ‘with the United States Department of Labor (“DOL”) Fiduciary Rule by running a series of sales contests involving retirement account clients. On April 6, 2016, the DOL issued the Fiduciary Rule, which expands the “investment advice fiduciary” definition under the Employee Retirement Income Security Act of 1974. The Fiduciary Rule significantly expands the circumstances in which broker-dealers, investment advisers, insurance agents, plan consultants, and other intermediaries are treated as fiduciaries. In part, the Fiduciary Rule, which requires that material conflicts of interest be disclosed to clients, intends to stem the tide of unethical sales practices in the brokerage business. On June 9, 2017, the impartial conduct standards of the Fiduciary Rule went into effect. The impartial conduct standards require all financial advisors who manage retirement accounts or provide retirement advice to act as fiduciaries, placing the interests of their customers ahead of their own.

Prior to the Fiduciary Rule, Scottrade employed a firm-wide culture characterized by aggressive sales practices and incentive-based programs. For example, between December 2015 and April 2017, Scottrade ran a series of call nights and sales contests, in part to drum up additional business in light of an upcoming merger with TD Ameritrade. In response to the Fiduciary Rule, Scottrade added identical provisions to both its Brokerage and Investment Advisor Compliance Manuals. These provisions, titled “Impartial Conduct Standards Applicable to Covered Recommendations in Retirement Accounts,” provide that:

The firm does not use or rely upon quotas, appraisals, performance or personnel actions, bonuses, contests, special awards, differential compensation or other actions or incentives that are intended or reasonably expected to cause associates to make recommendations that are not in the best interest of Retirement Account clients or prospective Retirement Account clients.

Scottrade made these necessary changes in anticipation of its obligations under the upcoming Fiduciary Rule. However, Scottrade subsequently failed to enforce the above provisions, rendering these policies meaningless.

The DOL announced that until July 2019, it “will not pursue claims against fiduciaries working diligently and in good faith to comply with the Fiduciary Rule […} or treat those fiduciaries as being in violation of the Fiduciary Rule[.]” Although it had in place policies designed to ensure compliance with the Fiduciary Rule, Scottrade failed to take any meaningful steps to implement and enforce such policies. In fact, Scottrade developed and ran the Q3 and Q4 Sales Contests in violation of these very policies. Scottrade’s own internal-use materials instructed agents to target a client’s “pain point” and emotional vulnerability, while training sessions lauded the use of emotion over logic in getting a client to bring additional assets to the firm. These tactics do not represent the behavior of a fiduciary.

Massachusetts retirement account holders, regardless of portfolio size, should be advised by professionals who put the interests of their customers ahead of their own. In response to a firm-wide culture characterized by aggressive sales practices, Scottrade and its agents neglected their duty to Massachusetts retirees while focusing on gathering new assets in anticipation of the TD Ameritrade merger. By instituting this proceeding, the Enforcement Section charges Scottrade with knowingly violating its own internal policies related to the Fiduciary Rule, a clear demonstration that Scottrade has failed to act in good faith to comply with the Fiduciary Rule.