Blockchain technology is taking the financial world by storm, and not just because investors are pouring into cryptocurrencies. Despite resistance by the world’s central banks, financial institutions are exploring the use of blockchain technology and digital ledgers. In fact, blockchain use by banks is likely to pick up, led by Ripple (technically referred to as XRP tokens), according to analysts at a major investment bank.

Most who follow the financial industry and cryptocurrencies are aware that JPMorgan CEO Jamie Dimon has repeatedly expressed opposition to bitcoin and open derision for those who buy cryptocurrencies as an investment. However, he has also clarified that what he’s opposed to is non-fiat-based cryptocurrencies. He sees the potential use for blockchain use by banks to move money between accounts, but only in fiat currencies.

Analysts from his firm have expressed similar views and skepticism about cryptocurrencies. In a recent report about blockchain technology, JPMorgan analysts Raul Sinha and Sheel Shah outlined the possibilities for blockchain use by banks, setting up Ripple as the quintessential cryptocurrency because of how financial institutions have been able to use it. They also describe the opportunities for “direct” trading of cryptocurrencies as “relatively limited for banks.”

Sinha and Shah believe that if regulators encourage blockchain adoption, then banks could see their costs decline “materially” in some areas. Although the Securities Exchange Commission and other regulatory bodies have been warning investors about cryptocurrencies, they have apparently been supportive of blockchain use by banks for the purpose of “technological progress.” They also identified several areas in which blockchain use by banks could make sense.

For example, they believe that using blockchain technology to facility cross-border payments could speed up transactions, which currently take about five days to weeks to complete and settle. The JPMorgan team adds that Ripple is the perfect example of a cryptocurrency that can enable settlements in mere seconds across borders because it doesn’t need to go through an intermediary.

Speeding up cross-border payments also removes some of the risk associated with translating from one fiat currency to another. Their values don’t change much in seconds but can vary widely over the course of days or especially weeks.

Blockchain use for cross-border payments can also slash costs to as low as 3% and improve transparency within transactions and reduce the risk of fraud, they believe. This is particularly interesting given the widespread misconception that payments made using the blockchain are completely anonymous. A recent study found that researchers were able to link bitcoin payments with the names and bank accounts of the people who had made them, further demonstrating how paying in bitcoin isn’t exactly anonymous.

Another area of potential blockchain use by banks is in capital markets, where the JPMorgan team believes the technology can simplify the “trading lifecycle.” 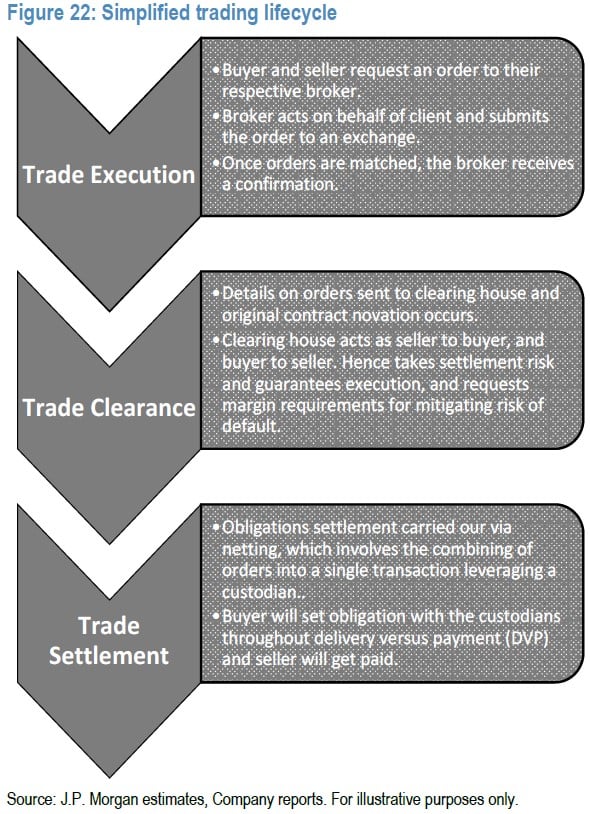 Sinha and Shah also feel that blockchain technology could enable the financial industry to build a client database to store information accessible throughout the industry. This would save banks time because each bank wouldn’t have to independently verify each customer’s identity. Other potential areas for blockchain use by banks include data monitoring and reporting and automation of smart contracts.

It should come as no surprise that Ripple is the case study used by the JPMorgan team. They explain that Ripple utilizes blockchain technology for cross-border transactions between banks “by stitching together bank ledgers through its proprietary tool.” Ripple Labs, which created the cryptocurrency, has more than 100 financial institutions using it. According to the JPMorgan analysts, the main benefits of using Ripple over traditional systems are its transaction speed and cost per transaction. 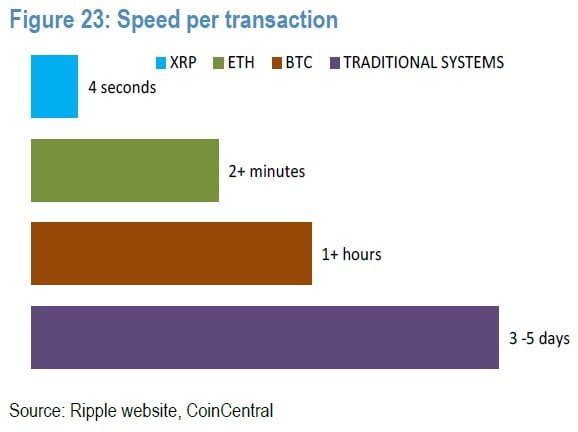 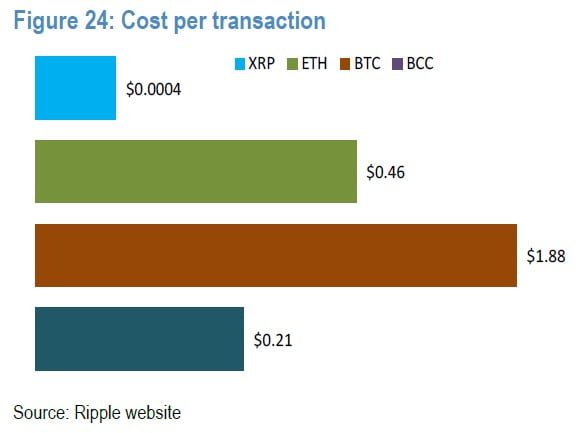 They also point out that RippleNet doesn’t require that XRP tokens be used in transactions, which could be a good thing because like most other cryptocurrencies right now, Ripple lacks regulation and is extremely volatile. However, they also note that it has led to other innovations in payment systems. Here are some of the innovations they highlighted: 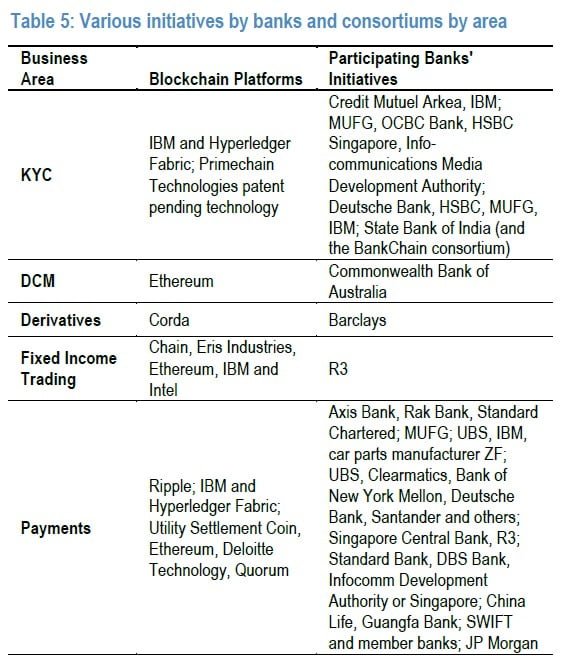 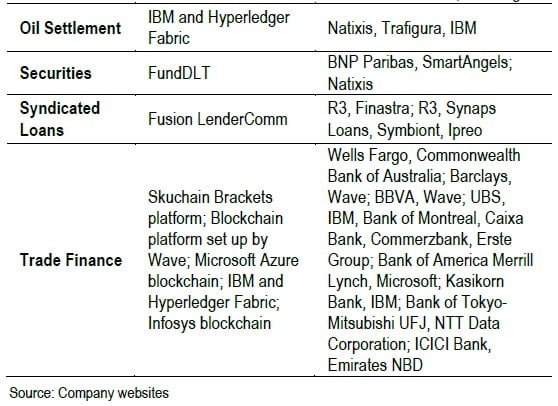