Momentum Behind Wave of Independent Workers Is Growing Despite Challenges, With 27 Million Expected to Enter Self-Employed Workforce by 2020

FreshBooks, the #1 accounting and invoicing software in the cloud designed exclusively for self-employed professionals and their teams, today announced results from its 2nd annual “Self-Employment Report”. The data suggest a dramatic shift in the American workforce, whereby the number of Americans working for themselves could triple, bringing the total population of self-employed professionals to 42 million by 2020. For this year’s report FreshBooks, in conjunction with Research Now, surveyed more than 2,700 people in the U.S. who work full time – either as traditional employees, independent professionals, or small business owners.

A Paradigm Shift in Real Time

“The data suggest that over the next two years, the number of self-employed professionals in the U.S. could triple,” said Mike McDerment, co-founder and CEO at FreshBooks. “Whether or not change occurs at this pace, it’s clear the mindset of the American worker has shifted. With significantly more people aspiring to work for themselves versus holding a traditional job, it’s critical that we build a world to support them. To do that well we need all the data we can get.” 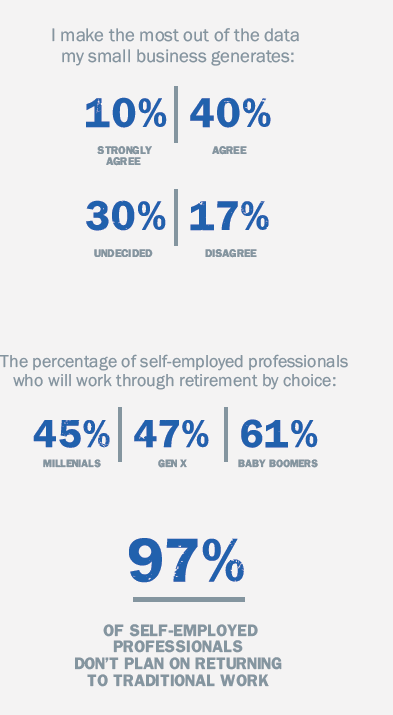 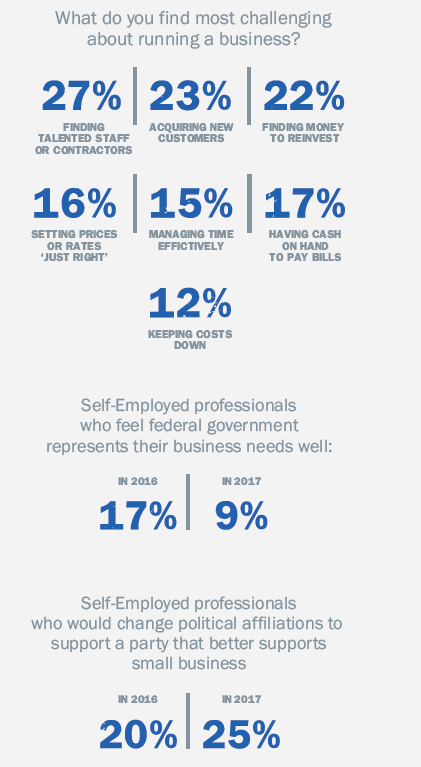 Millennials Continue to Change Everything

Now the largest generational cohort in the United States, it’s no wonder millennials are setting and bucking trends with every activity they do and every philosophy they subscribe to en masse. Their opinions about workplace culture are no different.

Autonomy Is the Greatest Motivator

Americans are choosing to move away from traditional 9-to-5 jobs because they feel independent employment allows for more freedom.

Incoming Independent Workers Are Preparing for Satisfying, Yet Difficult Work

While increased freedom is a major benefit of self-employment, most who are either currently self-employed or plan to be soon understand with great freedom comes great responsibility.

Self-employment may offer greater autonomy over one’s life and work, but independent workers must still contend with challenges as they start and build their new careers.

FreshBooks conducted this study in collaboration with Research Now. More than 2,700 people who work full time – either as traditional employees, independent professionals, or small business owners – were surveyed online in November of 2017. Samples have been weighted (as required) to reflect various characteristics of their target populations (e.g., age, gender and industry) leveraging data from the U.S. Census, U.S. Small Business Administration, the NAICS Association and other sources. The study’s margin of error is +/- 2.3% at 95% confidence.

FreshBooks is the #1 accounting software in the cloud designed exclusively for self-employed professionals and their teams. The company has helped more than 10 million people worldwide process billions of dollars with its ridiculously easy-to-use invoicing, time tracking, online payments and expense management features. Recognized with eight Stevie awards for best customer service in the world, the company’s mantra is to “execute extraordinary experiences everyday.” Based in Toronto, Canada, FreshBooks serves paying customers in 160 countries. www.FreshBooks.com