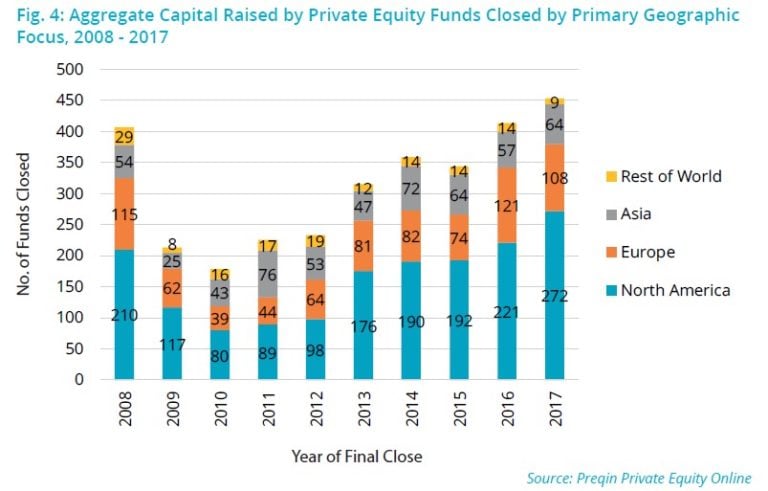 First-time private equity funds secured $26bn in capital commitments across 226 funds in 2017. This follows historical trends: although the number of first-time funds closed was lower than in 2016, it was in line with industry-wide trends. However, the private equity industry is seeing an unprecedented period of fundraising, and so first-time fundraising is representing a falling proportion of overall activity: first-time funds accounted for a quarter of vehicles closed through 2017, but they secured just 6% of total capital raised – a 10-year low. Additionally, though private equity investors have seen more liquidity arising from record distributions in recent years, the overall proportion which will invest in first-time funds has stayed level since 2012, and most gains have been reallocated to established fund managers.

“Private equity had a record fundraising year in 2017, with aggregate capital raised exceeding $450bn. While it may seem that this rising private equity tide has not lifted all boats, first-time funds are still seeing significant activity: over 200 funds raised $26bn, a decline from 2016 but in line with historical trends. Furthermore, first-time funds are raising capital more quickly on average, and greater proportions are meeting or exceeding their fundraising targets than ever before. 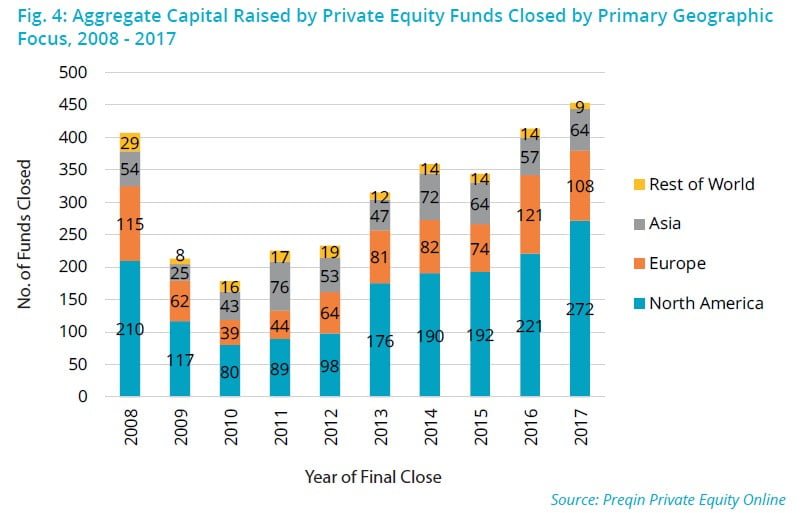 Set against this, though, is the fact that the fundraising for the industry as a whole has accelerated in recent years. Record distributions have brought investors more liquidity, and in many cases this capital is being reinvested in the asset class. But the majority of it is going to established fund managers, which are securing record fund sizes. First-time fund managers, meanwhile, face an increasingly competitive fundraising market, and struggle to differentiate themselves and attract investors’ attention. A significant proportion of investors will not commit to them, and while first-time funds may outperform on average, investors are facing an increasing challenge in identifying the right funds for their objectives.” 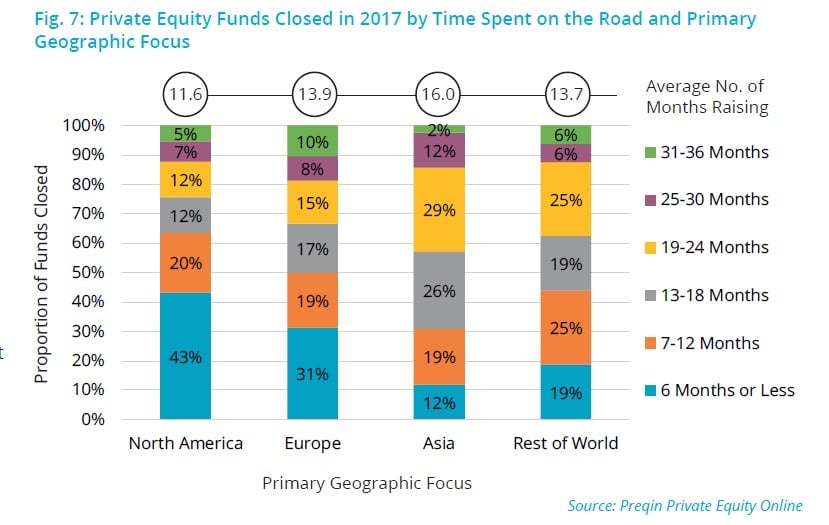