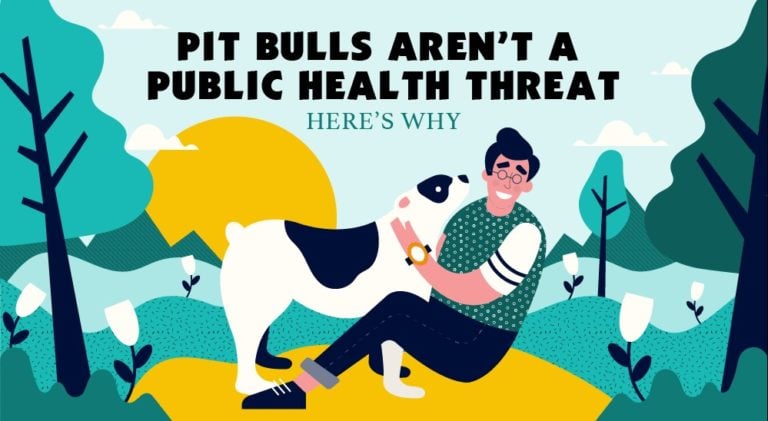 If you own a Pit Bull you know that everything, from finding a place to live to walking your dog to buying homeowner’s or renter’s insurance is more difficult than it should be. In reality Pit-Bulls are better behaved than chihuahuas, but public opinion doesn’t always reflect that. Lots of people believe that Pit Bulls are a public health threat, but nothing could be further from the truth.

Out of an estimated 90 million dogs in the United States, about 18 million of them fall into the Pit Bull family. This includes breeds like the Staffordshire Terrier and the American Pit Bull Terrier. When Pitbull look alikes are taken to dog shelters, many of them never leave, thanks to things like breed specific legislation that outlaws them in many areas and general distrust of this family of breeds.

Groups like the Centers for Disease Control, the American Bar Association, the Humane Society of the United States, and more are opposed to breed specific legislation because of the many problems with them. They are costly to implement and enforce, they are ineffective at preventing dog attacks, and they punish dogs instead of the owners who fail to control them properly.

The unfair bias surrounding pit-bulls stems from hysteria in public opinion, partly due to unbalanced reporting in the media. In 2007 two dog attacks taking place just a few days apart received wildly different coverage. One, in which an elderly man was hospitalized from a Labrador mix attack received one article in a local newspaper. The next, in which a middle aged woman was hospitalized after a pit bull attack in her home, received 236 local, national, and international articles.

The main problem is that visual breed identification is almost always completely inaccurate, even when professionals are the ones doing the identification. In a study where 20 shelter dogs were shown to almost 6000 “dog experts” the correct dominant breed of those 20 dogs was only correctly identified 27% of the time. What’s more, Pit Bull breeds pass their temperment exams more than 85% of the time, whereas Chihuahuas, Dachshunds, Chow Chows, Dobermans, and Dalmatians are the most often to be poorly behaved.

Dogs are only as good as the owners who train them and love them, and if you aren’t treating them like family you shouldn’t have them to begin with. Learn more about why Pit-Bulls aren’t a public health threat from this infographic.