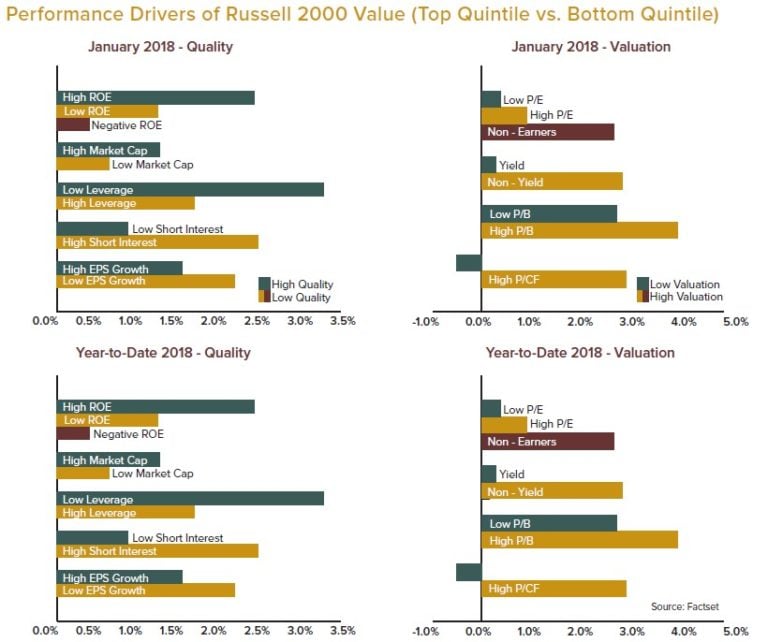 Given the significant uptick in volatility since the close of January, this may seem like old news. However, consistent as we are, I wanted to share with you our January review of U.S. Small Caps. Below are some highlights. 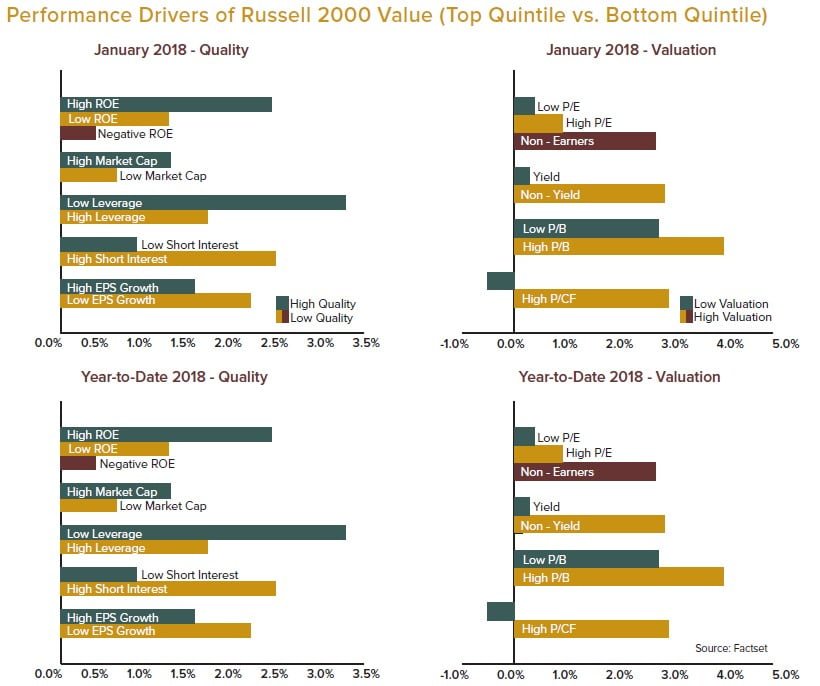