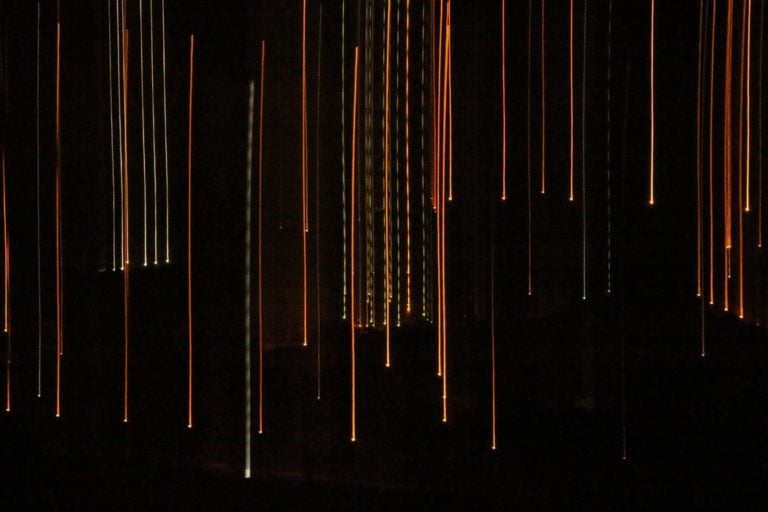 Photons, which are the constituent particles of light are traditionally said to be massless and they don’t have an interaction between each other. According to a new experiment by a team of scientists from the Massachusetts Institute of Technology (MIT) and Harvard University, there is evidence that photons can bind together in groups of two or three, which is evidence that they can interact between each other, which is a new form of light.

The experiment was led by Vladan Vuletic from MIT and Mikhail Lukin from Harvard. The team conducted experiments which tested the photons with lasers and ultracold rubidium atoms. They shot a weak laser beam through a dense cloud of the ultracold atoms, and on the other side, they were greeted by photons bound in groups of two and three. According to the researchers, that’s a completely new form of light.

Photons interacted through attractions, while the bound photons were discovered to contain some mass, which is just a small part of the mass of an electron, a negatively charged particle. The newly acquired mass was weighing down the photons which resulted in their slower movement, as opposed to their usual speeds which is the same as the speed of light, by roughly 100,000 times slower.

“The interaction of individual photons has been a very long dream for decades,” Vuletic said in a statement on Thursday. “Photons can travel very fast over long distances, and people have been using light to transmit information, such as in optical fibers. If photons can influence one another, then if you can entangle these photons, and we’ve done that, you can use them to distribute quantum information in an interesting and useful way,”

Previously, Vuletic and Lukin experimented with photons that they observed as they were binding in pairs. With their new experiment, they discovered that they can make more than two photons interact with each other at the same time.

The researchers needed to find a way to explain the science which is behind the interaction of photons. In order to do that, they needed to find a new hypothesis:  “As a single photon moves through the cloud of rubidium atoms, it briefly lands on a nearby atom before skipping to another atom, like a bee flitting between flowers, until it reaches the other end. If another photon is simultaneously traveling through the cloud, it can also spend some time on a rubidium atom, forming a polariton — a hybrid that is part photon, part atom. Then two polaritons can interact with each other via their atomic component. At the edge of the cloud, the atoms remain where they are, while the photons exit, still bound together. The researchers found that this same phenomenon can occur with three photons, forming an even stronger bond than the interactions between two photons.”

The photons remained bound together even after they exited the cloud of ultracold rubidium atoms. That means that they could be considered to be strongly correlated or entangled. That makes this new form of light a potential candidate which could contribute to the quantum computing bit, or a qubit.

With the help of ultracold atoms, Lukin’s team engineered a 51-qubit quantum computer which was introduced in July 2017.

They published their findings in a paper titled “Observation of three-photon bound states in a quantum nonlinear medium,” which appeared in the journal Science.