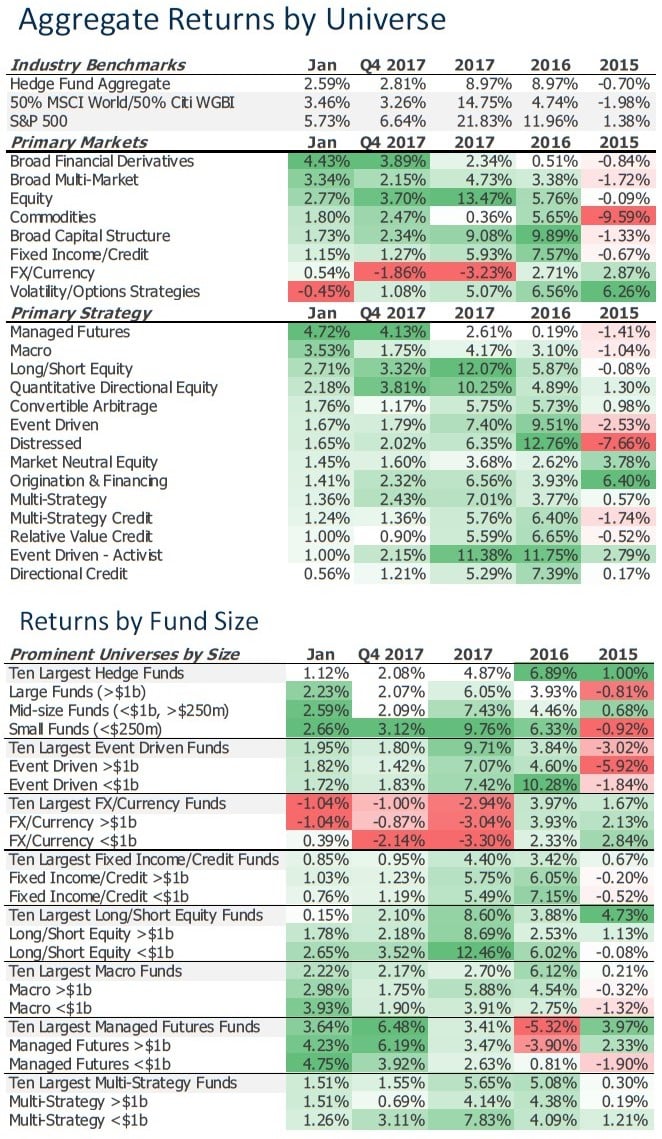 With 2017 in the rearview mirror, the gains produced in January would appear to be a crescendo of last year’s consistent performance. However, drilling down into which strategies produced the leaders in January, a different picture emerges, though one which is not entirely unfamiliar.

The emergence of outsized gains from the macro and managed futures segments may be a welcome sight for investors who have stayed with the strategies despite their mixed, if not modest returns of recent years, but perhaps not so much for broader markets. Both the universes’ gains in January are in-line with prior periods of elevated market volatility.

If the industry needed a feel good year in 2017, it generally received it. If the industry needs a chance to distinguish itself from its long-only peers, the environment we’ve seen to begin February is providing an excellent opportunity.

2018 Began With Some Regional Themes From 2017 Continuing, Primarily China Outperformance 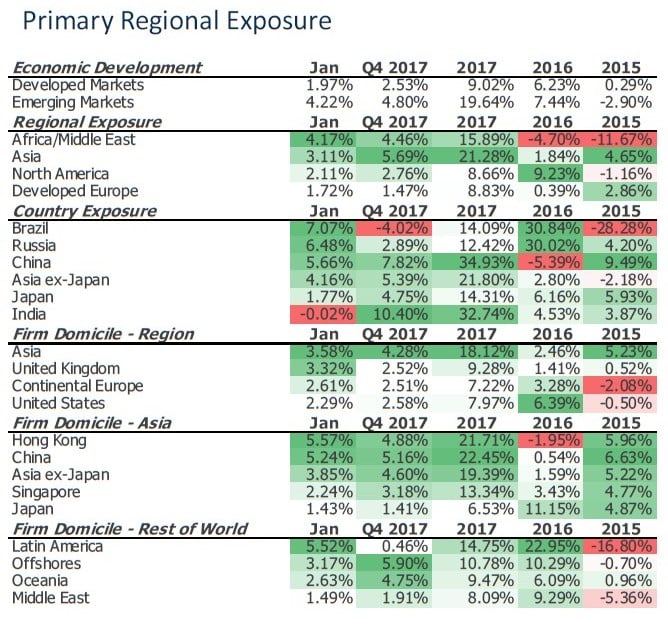