As the oddities of the most recent market crash plays itself out one thing is clear: there are more unanswered questions than there are answers. While some answers are clear – why managed futures CTA hedge funds generally got hard hit without a strong degree of price persistence – but some questions won’t go away. But during the market downturn, one machine learning fund operated by several former JPMorgan quantitative analysts had the risk management angles covered, according to a senior executive at the fund. 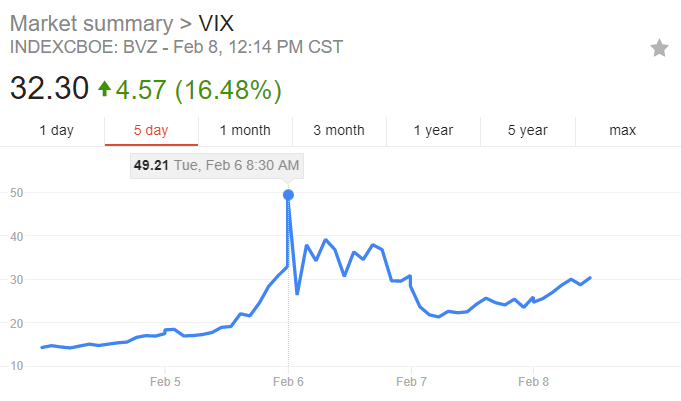 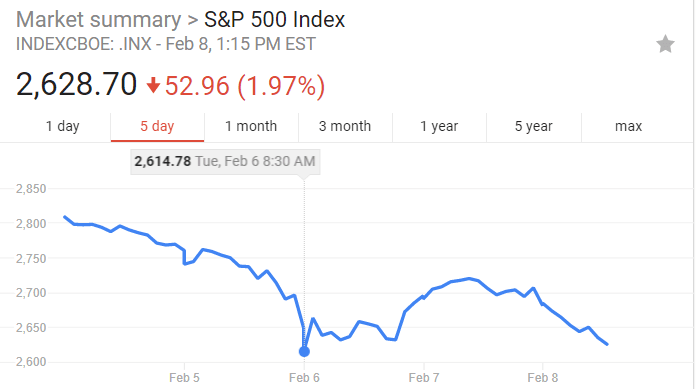 When the VIX spiked to 49.21 on Tuesday morning, breaking its correlation pricing ratio with the underlying S&P 500, the issue could have been momentary market maker liquidity.  On Tuesday Reuters reported that the short volatility exchange-traded notes had a value of $1.6 billion and lost 92% of their value on Tuesday.

On Tuesday the S&P 500 opened at the low of the day at 2614.78 and closed higher on the day 2695.63. When the S&P 500 trades higher the VIX normally trades lower, but market making imbalances were said to be at play in the momentary price swing.

Late Monday afternoon the unwinding of VIX linked short volatility products spilled over into Tuesday morning as market maker liquidity temporarily dried up, according to one market participant. The spread between the S&P 500 price change and that of the VIX came down closer to its historical average shortly after the market open.

Exchanges and market making operations are separate. CBOE CEO Ed Tilly told analysts in a conference call Wednesday that markets functioned “as intended” and said "products linked to volatility do not cause volatility," according to a report in Crain's Chicago Business.

In the case of Credit Suisse, the issuer of the VelocityShares Daily Inverse VIX Short-Term exchange-traded note, or XIV, did not sustain a financial loss from the event though short volatility investors essentially lost their entire investment in the speculative products. As previously reported in ValueWalk, Credit Suisse had expected volatility to remain in a predictable range.

With stock markets climbing consistently higher in 2017 -- a rare year in which there were no monthly losses on the S&P 500, for instance – the low volatility created an illusion of calm. But this was just "picking up nickels in front of a steamroller," according to DePaul University adjunct professor Mark Shore who also serves as Director of Educational Research at Coquest Advisors.

The fund performed positively during the recent market downturn, according to Jack Kim, the firm’s chief risk officer. “We had an overall bearish gearing prior to the market turmoil, and we had short exposure to certain market segments that were aymmetrically harder hit,” he told ValueWalk. “Our systems detected several signal anomalies prior to the market meltdown. While some naive models may have bet on a quick reversal, our systems diagnosed the structural cross-asset, and term-structure breaks, and maintained a neutral to bearish gearing.”

The key to their success was data analytics done by machine, Kim said:

Machine learning permeates various aspects of our investment strategies - from identifying clusters of long-short baskets for specific market environments, to detecting robust signals for market inflection points. Scanning massive amounts of signal generating data, analyzing, and identifying robust predictive market features would not have been possible without ML. ML is essential for this multi-faceted approach.

Union Place Partners fund manager Michael Trachtenberg, a long only fund, said that their dispersion of equities helped them through the recent market downturn:

Though the market is finally in its first real drawdown in a while, the S&P 500 is basically just back to where it was in the beginning of the year.  Most value managers argued five weeks ago that it’s tough to find cheap stocks, so I don’t think we are yet at a point where that’s changed much.  That’s the reason our portfolio has become so internationally focused.  While U.S. large caps and small caps feel much more picked over, I’m still finding interesting opportunities in the small- and mid-cap space of developed Asian and European markets.  Less liquidity, research coverage, and local hedge fund money allows for a lot more quality companies at cheaper valuations to slip through the cracks.  That’s why even though the U.S. market is generally expensive, we don’t have a huge cash allocation: I believe our current holdings are still very cheap.

He doesn’t take a short term view of the market even the portfolio was lower during the most recent downturn: