ValueWalk
Home Economics Investors Give Hedge Funds A Positive Sign To Start 2018 With $14B... 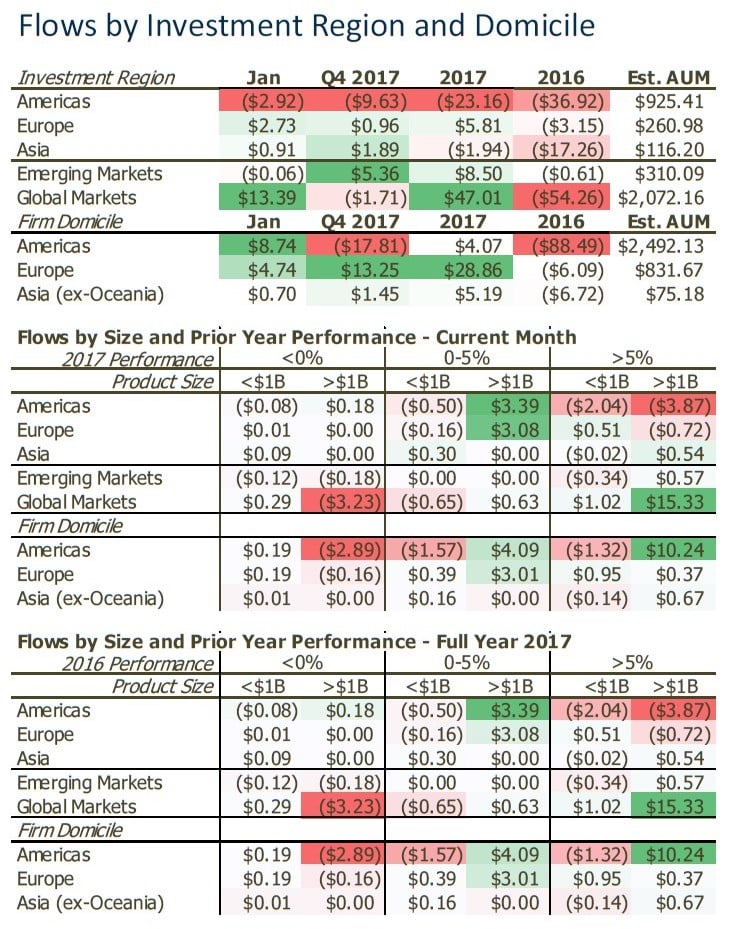 If December 2017 was a unique month because of the lack of redemption pressures facing hedge funds, January was even more unique in terms of new allocations. Interest in the industry to start the year was far more wide-reaching than 2017, and the lack of redemption pressures appeared to carry over into the new year. Old themes persisted and certain strategies saw a revival. All in all, January’s data indicates it was a very strong start to the year for hedge fund asset flows.

Investors Give Hedge Funds a Positive Sign to Start 2018

Investors added an estimated $14.12 billion into hedge funds in January, marking the first positive net flow to begin a year since 2014. With another month of asset-weighted performance gains (22 in last 23 months) and positive net flows, the industry again sits at its highest level of AUM on record.