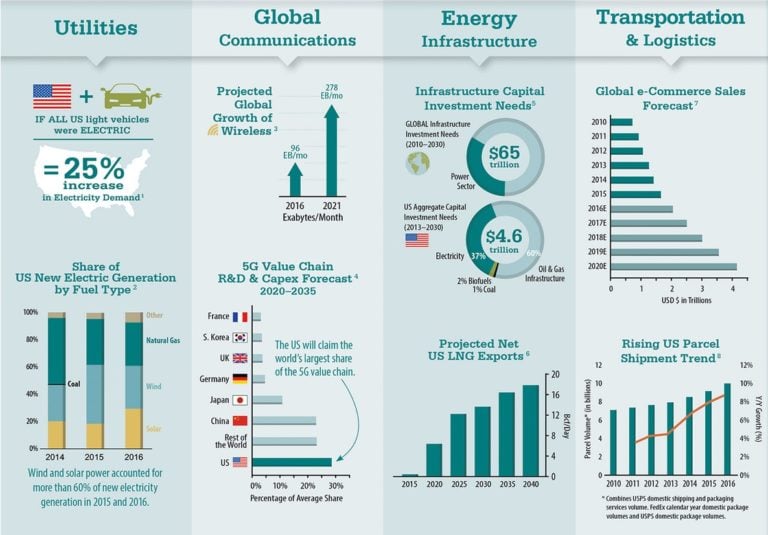 It’s not just about replacing aging pieces of infrastructure like bridges and roads – it’s also about developing modern infrastructure that enables new technology, faster communications, and our ability to use, move, and transmit energy from renewables and natural gas.

Today’s infographic comes to us from Miller Howard Investments and it details five specific ways that investors could play the coming infrastructure boom. 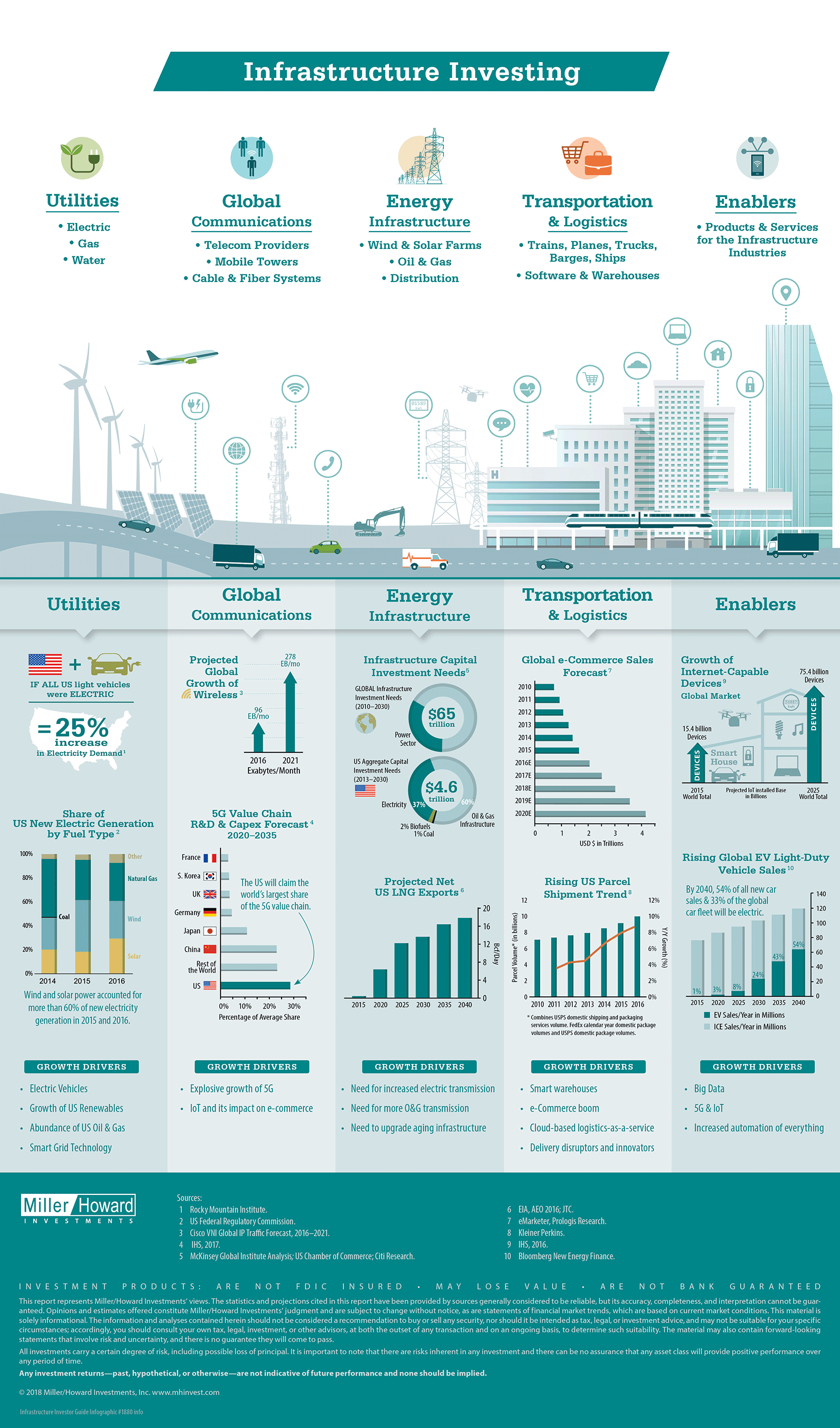 Here are some of the happening areas within infrastructure, and why: