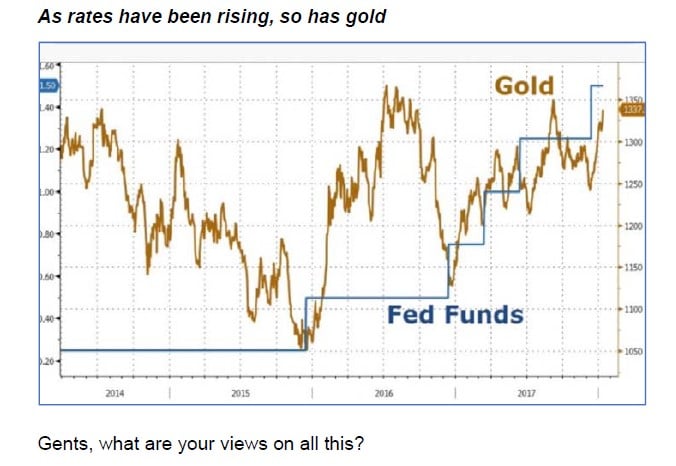 Incrementum recently had their quarterly advisory board discussion with special guest Gianni Kovacevic, an expert on copper and electrification.

Highlights of the conversation:

Gianni is an internationally known investor and strategist who specializes in decoding complicated current events. He is a published author who draws from over 20,000 hours of research, and is a sought-after commentator related to wide ranging themes – from the divestment pivot in modern energy, to the rise of a new spending class in emerging markets.

An avid proponent of realistic environmentalism, he has enlightened audiences around the world with his unique brand of storytelling that colorfully demonstrates how the environment and investment often go hand-in-hand. Frequently interviewed by the media, he is known for his algebraic way of thinking when providing solutions to complicated global problems. His new book “My Electrician Drives a Porsche?” was introduced to audiences by way of a one-of-a-kind coast to coast journey across America in an all-electric Tesla, now credited as the world’s first zero emission book tour.

Gianni is a graduate of electrical studies from The British Columbia Institute of Technology, and he is an established expert in the analysis of the global energy matrix and in the study of how technology will impact commodities and emerging markets. Fluent in English, German, Italian, and Croatian, he makes his home in Vancouver.

Transcript of the conversation:

Gentlemen, thank you for joining us for this quarter’s call. Last year was a busy and successful year for Incrementum and I think 2018 is going to be even better. We are already working on the 2018 In Gold We Trust Report; it will be published at the end of May. We also recently published our new crypto report, which gives a very balanced view of crypto currencies and the blockchain technology. We go into detail on many subjects, including legal developments. For example, we cover how cryptos are taxed, which is an important subject to understand. We also have new funds in the pipeline, and we are in the editing phase of our new book. All in all I think 2018 will be an exciting year.

With that said, let’s start the discussion. In the last advisory board Ben Hunt mentioned how quantitative tightening would lead to inflation, rather than deflation, which I believe is correct. Our Incrementum Inflation Signal changed to rising inflation last September and it seems like markets are becoming more concerned about inflation. An observation I find interesting is that yields are rising while the dollar is weakening. Luke Gromen, who we had as a special guest on one of our advisory boards last year, tweeted and effectively asked “How can the Fed raise rates and simultaneously weaken the dollar to get out of the corner they painted themselves into? Simple – just let the 5-yr old USD/gold pseudo peg break (i.e. let gold rise), & the markets will take care of the rest as gold rises.”

The tension between inflation and deflation persists, and the reason is because the world is in a naturally deflationary state. This deflationary state is caused by demographics, the reduction in the cost of technology, and debt deleveraging. Debt deleveraging is deflationary because people use their money to pay down debt, instead of spending. An example of this is 2014 when the oil price crashed; economists thought it would boost the economy because lower gas prices would give consumers more money to spend, but instead consumers saved their money and used money to pay down debt instead.

This deflationary state is making it difficult for central banks to generate inflation; they are not able to reach their inflation targets.

We have the inflationary and deflationary forces pushing against each other and currently it seems like the situation is stable. But the reality is that it’s not stable, and it can break in either direction.

What will cause it to tip one way or the other?

Bond yields are currently very low, and Bill Gross and Jeff Gundlach are saying the 30-year bond bull market is over. I disagree. Especially compared to German bunds US Treasuries look very attractive. I am therefore a buyer of Treasuries at these rates.

Another important factor is that Trump might be close to imposing tariffs on China. The reason he didn’t do it in his first year was because his advisors told him they needed China’s help in the fight against North Korea, but now there is some evidence that China is actively assisting North Korea in avoiding the sanctions against them. Consequently, Trump might start the trade war against China that he has been itching to start ever since he became president. Such a trade war would be a drag on economic growth and on capital flows.

We have the President’s State of the Union address coming up and he’ll address the trade wars head on, I expect more sanctions on steel and aluminum. By the way, the steel sanctions will hurt Europe more than they will hurt China because Europe is the biggest steel exporter to the US. And it’s looking more and more as if Trump will terminate NAFTA, not forever, but as a way to renegotiate. All these factors are further drags on growth.

Secretary Mnuchin recently basically said that if we trash the dollar our exports will be cheaper, and our balance of trade will improve as a result of our imports being more expensive. And the fact that imports are more expensive will feed through the supply chain of pricing, which will lead to higher inflation, which is what we want. Therefore, whether you look at it from a pro inflation or pro exports standpoint, reducing the balance of trade deficit and thereby enhancing economic growth seems like a pure win for the US in terms of its inflation and economic growth. 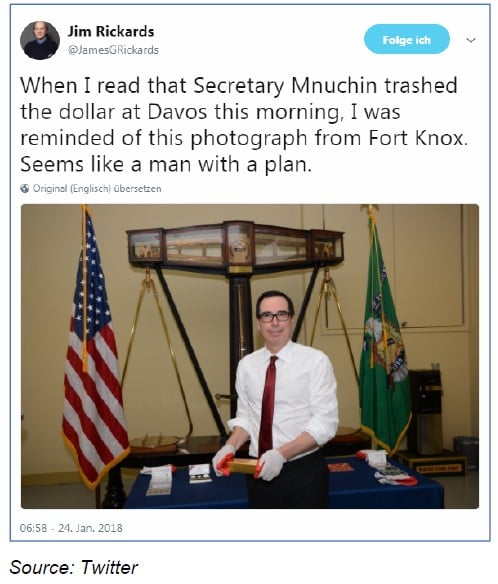