ValueWalk
Home Stocks How Zcash cryptocurrency is different from the rest 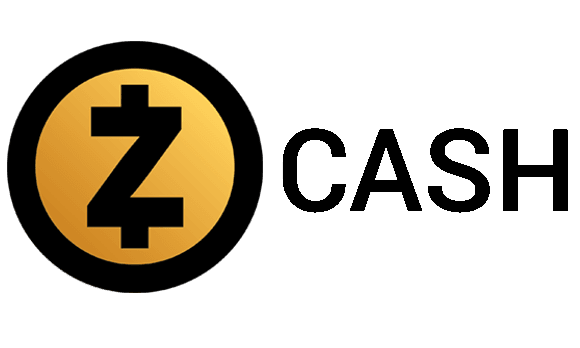 Zcash joined the altcoin bandwagon in 2016 and enjoyed a stellar ride during the early days notching up a price of over $5,000 during its early days before quickly retracting to the $50 levels. As at February, 2018, the coin is trading around the $340 mark though it did attempt some steep climb during the December, 2017/January, 2018 crypto frenzy. Die-hard investors are predicting that Zcash has great potential and that the coin could climb the high peaks to hit $62,000 by 2025. Those prices and price predictions apart, let us now turn to understand Zcash in greater depth.

How Zcash distinguishes itself from the rest

In the first place, what distinguishes Zcash from the pile of cryptocurrencies is its ability to allow private transactions (and private data) in its public blockchain. This is advantageous for consumers, businesses and new apps in controlling access to details of transaction entered by them even when they are using a permission-less global blockchain. Zcash achieves this by offering users the option of shielded transactions that allow encryption of content with the help of advanced techniques in cryptography or zk-SNARK which is the zero-knowledge proof construction developed by the Zcash team. These constructions help in ensuring security of ledger balances and validity of transaction without divulging any other related information like amount involved or parties to the transaction. The construction also offers protection against any attempt to steal or cheat and these are among the distinguishing features offered by Zcash. The monetary base of Zcash is 21 million coins in the long-run and 10% is reserved towards founder’s reward with the balance 90% going to minders. Some 131,250 Zcash coins have been distributed to investors at $15.24 for each coin to raise the $2 million in the first tranche of funding.

Private keys are important for most transactions using digital currency and these private keys are made up of strings of numbers and letters which identify a user. Over a period of time, the address of the user can thus get attached to a number of transactions and that in turn could make it very easy for family, friends, marketers and even the government authorities to dig into the purchasing trends of an individual. There is also the potential of some transactions being refused when the private key of the user is attached to the transaction. Zcash therefore created zk-SNARKS leveraging the zero-knowledge proof construction allowing users the ability of exchanging information sans the identities. As a result, a transaction on the blockchain of Zcash will simply show that a transaction has taken place without showing the amount or the persons involved in the transaction.

The mining model of Zcash while being similar to Bitcoin differs in some key aspects. The total of all tokens, like in the case of Bitcoin is limited to 21 million. The mining reward dropping by 50% once in 4 years is similar to the practice of Bitcoin.  But a major difference is that Zcash stakeholders will receive 10% of all the 21 million coins mined. Although the stakeholders reward will not be distributed in a linear fashion, at the end of the first 4 years, they will receive 100% of the reward.

Added to this, a slow-start mechanism that is harnessed by the Zerocash protocol has also impacted incentives provided for mining the initial 20,000 blocks across about 34 days. Managing potential risks associated with the protocol such as a major security vulnerability or a bug was the rationale supporting the approach. If a problem had surfaced, the slow-start approach would minimize the impact. The mechanism also meant slow increase in the mining incentive until reaching 12.5 BTC upon hitting the 20,000th block. The increase in rate was

The advantages offered by Zcash however come with an amount of downside too. Among these are the centralized form of the digital asset, a 20% tax charged on every coin mined to provide returns to investors and payment for developers, and the potential of illicit use being encouraged due to the anonymous transactions. Further, though the idea of collecting money from investors before releasing the currency and rewarding them may be seen as a healthy approach, it puts the ability to enrich unfairly in the hands of the network. From a long term perspective, it does provide the company behind Zcash some advantages, particularly in the area of funding research and development. The flip side however is that information on distribution on earnings between employees, investors and other participants is not disclosed. Another aspect held against Zcash is that Digital Currency Group, a major investor in the Crypto is pushing the coin and the same group owns a significant percentage of media space engaged in the crypto markets.

Could be like a Swiss Bank you can carry along

Some investment advisors also hold the view that Zcash carries the appeal of an account with the Swiss Bank that the user can carry along. The safety and anonymity during transactions offered by the Crypto revealing any other information only at the option of the user has obviously found favor with a class of investors. Another opinion expressed also holds that Zcash could complement other investible digital assets like ETC and BTC lending more breadth to a new asset class that is dynamic.