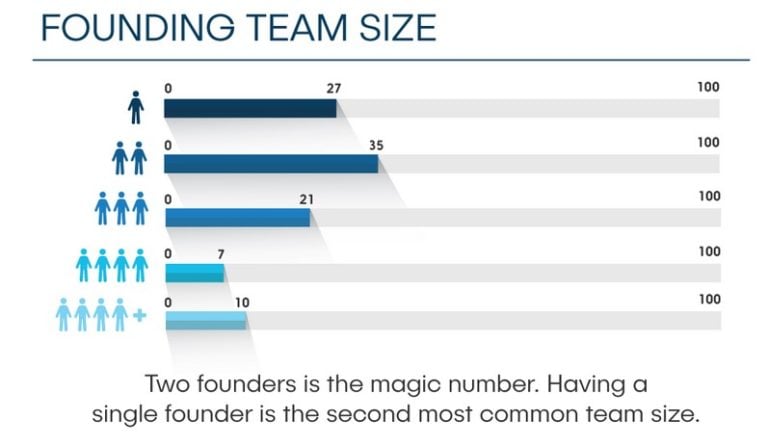 In 2017, we showed that 57 startups were able to achieve unicorn status – a rare designation that is reserved only for privately-held startups valued at $1 billion or more.

While this number may seem high, unicorns are still quite the rarity.

In the U.S. alone, there are currently 19,550 venture-backed startups vying for those same massive valuations. At the same time, it’s been estimated that each new startup only has a 0.00006% chance of becoming a billion dollar company.

How to Improve Those Odds

No one ever said that joining the ranks of unicorns would be easy, but there is some good news for aspiring founders.

Today’s infographic, which comes to us from FounderKit, looks at traits of existing unicorns – and analyzing this wealth of data might help entrepreneurs in shaping their own companies for future success.

Put together with information from Fortune and Crunchbase, this infographic gives us some clues as to how game-changing unicorns have been built in the past.

While it’s certainly not a prescription for future success, it does provide a blueprint for what’s needed to improve your chances of beating the odds.

If you’re an entrepreneur with billion dollar dreams, take a close look at the categories that best resemble your startup.

For example, if your model depends on leasing hardware to the energy sector as a major revenue source, you should note that the odds are mostly against you. For starters, only 7% of unicorns are hardware companies, and energy doesn’t register high as a major business sector that has seen many unicorns. Further, companies that rent or lease their physical or intellectual assets make up just 1% of recent unicorn companies, which makes this particular model look pretty disadvantageous.

It doesn’t mean that this idea is not feasible – maybe it’s an underappreciated sector, or the idea is completely groundbreaking. However, given the information above, it’s most likely that this will be a tough go, so it’s worth making adjustments accordingly.

Based on the above information, what combination of startup traits could provide the most common recipe for unicorn status?

It’s not hard to see similarities with the above traits and recent unicorns like Shopify or Airbnb, which both serve as solid precedents for success.

Of course, it’s far from a guarantee of future unicorn status, but it does mean that you likely have better than a 0.00006% chance.